Clarke: Nations League can set Scotland up for play-offs

The national team boss says the new schedule can put Scotland in a good place to defeat Israel. 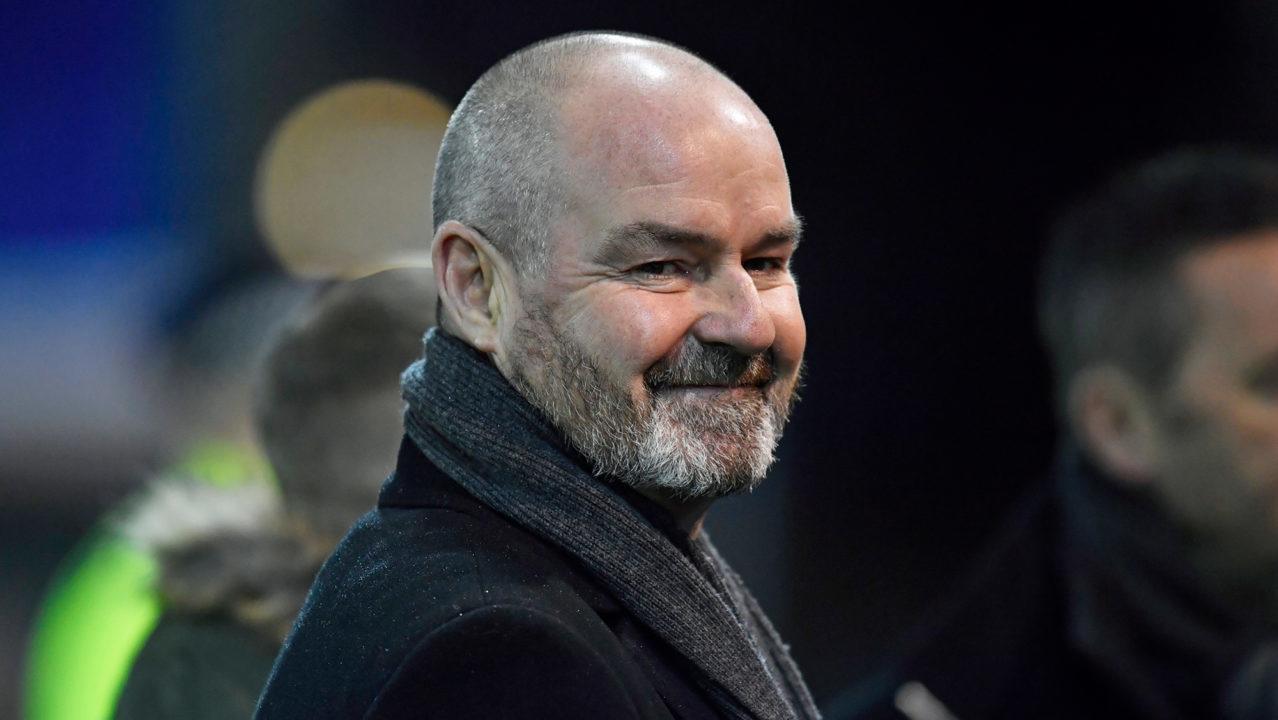 Scotland boss Steve Clarke has welcomed the new schedule for international matches and hopes the Nations League can provide the perfect warm-up for the crucial Euro 2020 play-offs.

The coronavirus pandemic saw football shut down across Europe, including the Euro 2020 play-offs and forcing the postponement of the finals until next summer.

UEFA drew up a new plan to allow the play-off semi-finals and finals to be slotted in between games from next season’s Nations League, meaning Clarke and his players have a busy schedule.

Scotland host Israel in the Nations League on September 4 before travelling to Czech Republic four days later. Then Israel return on October 8 but in the Euros play-off, with a place in the final against Norway or Serbia at stake.

Clarke says the “dress rehearsal” can help him build towards that date.

“It’s brilliant [seeing the schedule] because it gives us something to look forward to,” he told STV. “It’s been a difficult few months and it’s nice to focus on football going forward.

“The schedule is as it is. Obviously we have the play-off games that have to be fitted into the schedule and it’s good, I think, that we have two games in September for the next Nations League.

“By a quirk of fate, we’ve got Israel, which will be good as a dress rehearsal for the semi-final game the following month. Obviously I hope we have the problem of three away matches in November because that would mean we’re in the play-off final and that would be a good game to be involved in.”

Clarke is looking to regain the momentum he believes the team had after Cyprus and Kazakhstan in November but admits it will be made more difficult with players being at different stages of fitness and having been away from the Scotland camp for months.

However, he says the first two games back can serve as a reminder of what he expects.

“It’s going to be difficult to get any time with players before those games because obviously the seasons are quite fragmented,” he said. “England’s season is finishing off now and they’ll have a rest in August, the ones who aren’t in European matches, and the Scottish season starts in August.

“So by the time you’re in September’s international fixtures you’ve kind of got a mix and match of who’s fit and who’s not, who’s playing games and who isn’t.

“From that point of view, although we want to do really well in the next Nations League, those games will be for reinforcing the messages that we had previously to the group.

“I felt we finished the last campaign well with the two wins in November and some positivity. It’s important that we reinforce that and make sure that come October in the Israel game that we’re fit, flying and confident of progressing.”

The manager welcomed the return from injury of John McGinn and Scott McTominay, two important and high-profile players who would have missed the original play-off date. But Clarke also warned further injuries to his squad was always a possibility and said his squad selection was a long way off.

And he expressed his hope the continuing lifting of lockdown restriction meant supporters would be present at Hampden to cheer on the team when they return.

“Football is a game where you need a crowd, you need an atmosphere and it changes the complexion of the game,” Clarke said. “If you could get some crowd in, and I think it would be very foolish to think we could get a full house, but if we could get some at Hampden then no matter the size it would be beneficial for both teams to feed off the crowd.

“It makes for a better atmosphere and a better spectacle.

“The game in October will still be a massive game. We’ll have had two internationals and a number of club games to be ready for it so we’ll be fully fit and firing. Everyone’s aware of how big these games are for Scottish football and we’re all determined to try and get to the Euros.”