The Scotland boss thinks John McGinn, Scott McTominay and Kieran Tierney will be "close" to making the squad. 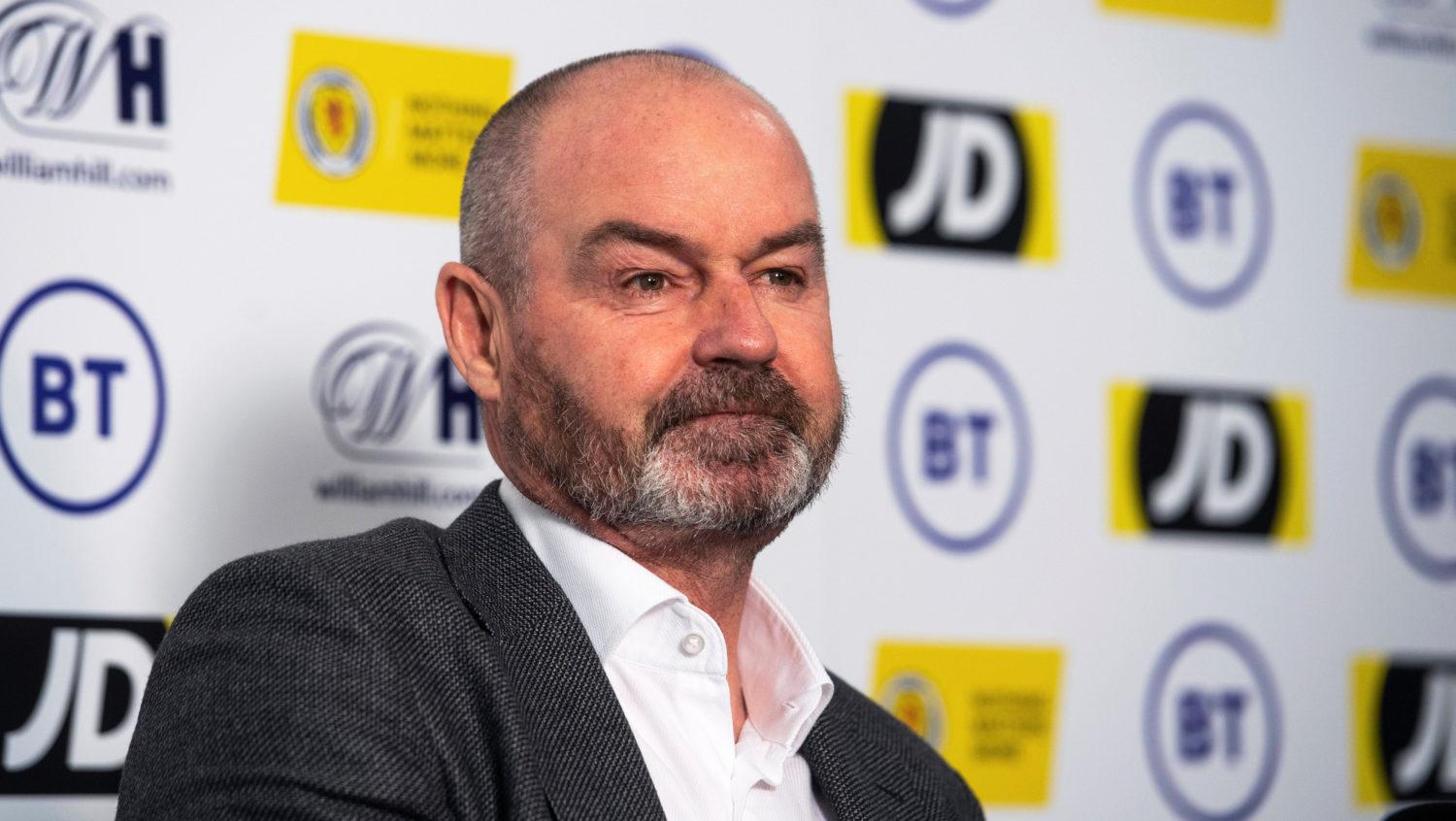 Scotland boss Steve Clarke hasn’t given up hope on having three injured players fit and ready for the Euro 2020 play-offs in March.

Clarke is currently drawing up his plans for the crucial play-off match against Israel at Hampden in March, with Norway or Serbia standing between the national team and the major finals if they clear the first hurdle.

Scotland midfielder John McGinn broke his ankle in December and was told to expect to be out for three months, while Manchester United’s Scott McTominay faces a similar lay-off with a knee ligament injury. Arsenal’s Kieran Tierney is sidelined with a disclocated shoulder.

Clarke said that ideally all three would be available for selection when it comes to the crunch games.

“I am keeping my fingers crossed that the three mentioned recover well and can be available,” he said.

“It will be close for all of them but I’m always hopeful and never ruling anyone out at this stage.

“There is still a long time to go before we get to March.

“I’ve had feedback from the medical departments, all three are working towards recovery. Whether they make it or not is a different story.

“I am optimistic that they will all make it. That’s what you have to be.

“I think they will be close. Whether they are close and make it or close and just miss it is going to be decided by recovery.

“Without having first-hand knowledge of how the clubs recover the players and having the exact details of how the recovery is going to be, then it is difficult for me to gauge it.
“I do know that all the players will be doing their best to be fit and I am sure the clubs want them fit to help their own cause anyway, it’s just wait and see what happens.”

The national team boss was philosophical about injuries, pointing out that he could lose other players even if he has good news on those already out. And Clarke was keen to stress that he had other options to choose from with players having performed well for club or country recently.

“If we got one of them back you could lose someone else, so there is lots that can happen over the coming days and weeks,” he said.

“Lots of games to play, I am sure there will be some good news and bad news and hopefully more good news than bad.

“Stuart Armstrong has played his way in (to the Southampton team), Kenny McLean is doing well at Norwich,” he said.

“John Fleck has been really good at Sheffield United this season. I enjoy watching them. I have John Fleck and Oli McBurnie there, they are a good team to watch, they play well.

“A lot of time the media like to talk about players not in the team. I thought the midfield pairing I have had in the last couple of games, Ryan Jack and Callum McGregor, did very well for us.

“Kieran hasn’t been in any of the squads I have had so far. If he was to make this squad it would be great, if he doesn’t then I have left-backs who have been in the squads and done well for me.

“Greg Taylor has come in for the last couple of games and did excellent for us, having not played a lot of minutes with Celtic. It is always good to remember the ones who have done well for you.”

Clarke was also encouraged to see Leigh Griffiths return to the Celtic team and bag a goal against Partick Thistle but remained cautious about the striker being called up.

“It’s good for Leigh because he’s had a tough time and it’s good to see him back on the pitch,” he said. “But it’s one game, one goal.

“He’s got to stay in the team and continue producing. I want as many choices as possible and if Leigh becomes a choice then that’s great.”