The national team head coach is happy with the start to World Cup qualifying. 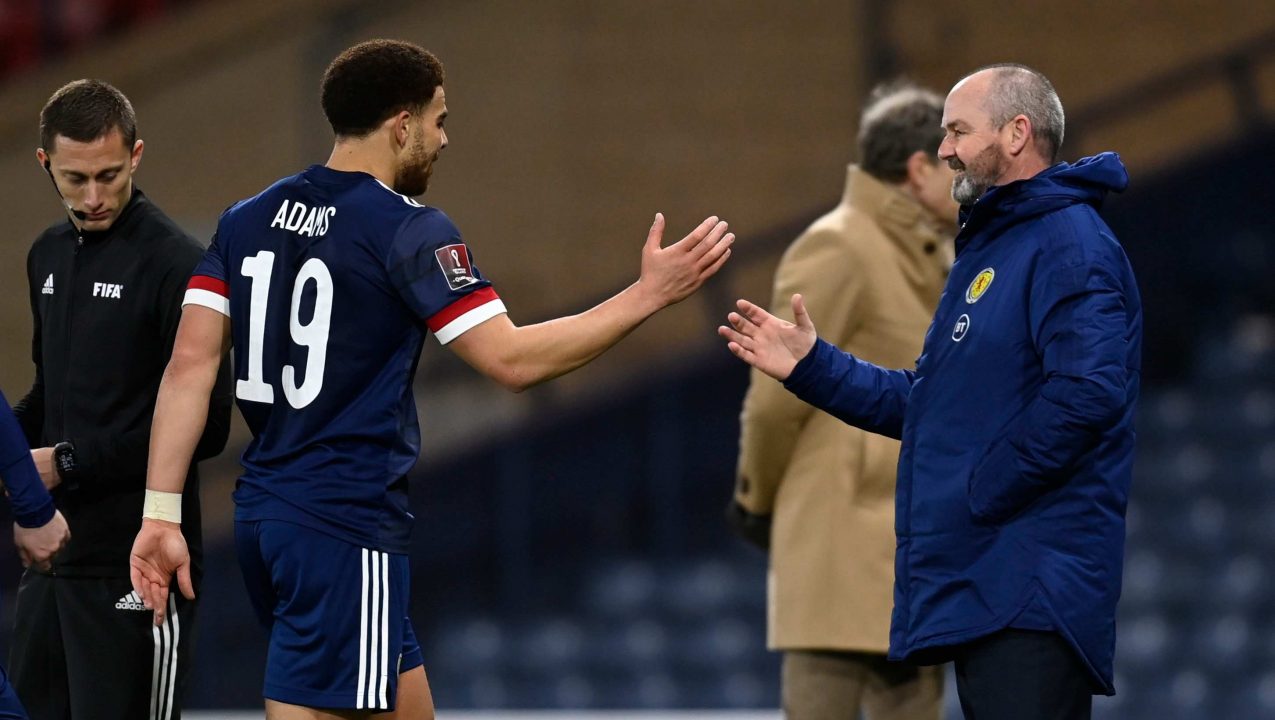 Scotland head coach Steve Clarke declared himself content with a good week’s work after seeing his side beat Faroe Islands 4-0 at Hampden.

John McGinn scored twice, Che Adams got off the mark in a Scotland jersey, and Ryan Fraser was on the scoresheet as the team built on draws against Austria and Israel with a home win and a clean sheet.

“Four goals for a team that can’t score goals is a good, comfortable victory.

“We’ve finished the first World Cup camp with five points and second place in the group. We’ll look forward to the September games.”

Che Adams was delighted to have found the net in his third international and said it was important to get an early goal in Scotland colours.

“Getting the first goal is the hardest,” he said. “Thankfully it went in tonight and we got the three points.

“We’ll take each game as it comes but it’s definitely positive.

“We’ve not lost and it’s down to the hard work of the group. It gives us a fighting chance.”