Celtic have Shakhtar at home next before a trip to the Bernabeu to play Real Madrid. 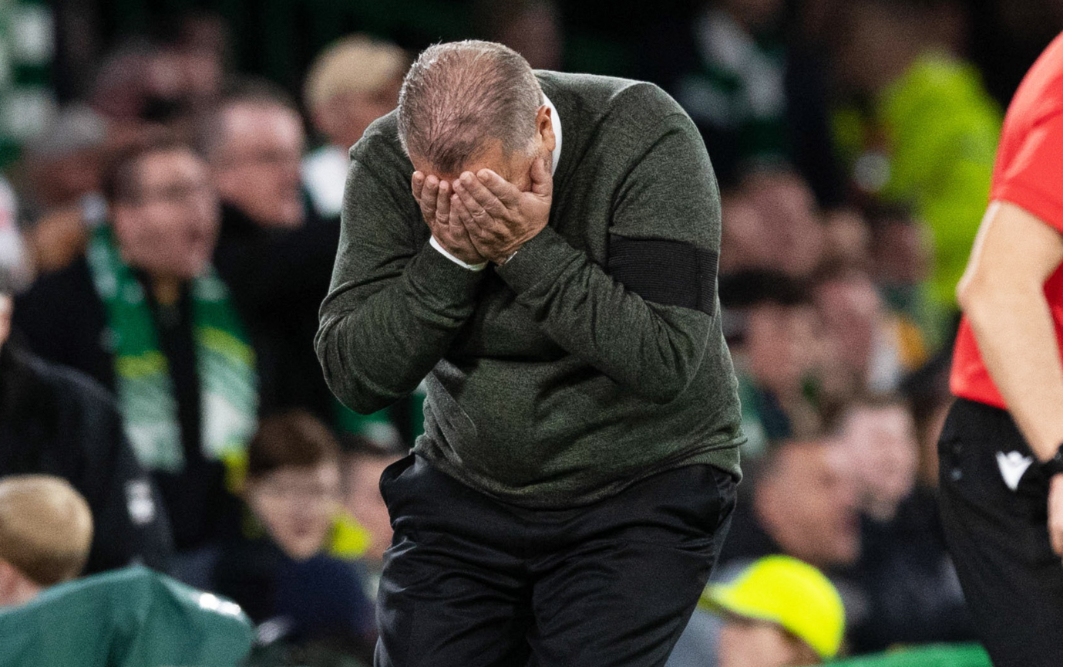 Celtic’s hopes of reaching the knockout stages of the Champions League have ended with a home defeat to RB Leipzig in Glasgow.

The German side ran out 2-0 winners at Celtic Park with a result that leaves the Hoops bottom of the group and still without a win in Europe this season.

The Scottish champions went into the game knowing two consecutive home victories would guarantee a place in the last-16 if Real Madrid could win their next two games.

But they were also aware that a defeat would end their hopes of a place in the knockout stages and that’s how the game conspired despite a host of missed chances in the east end of Glasgow on Tuesday.

Celtic went out to attack from the first minute and nearly opened the scoring within seconds of the kick-off, but Maeda’s header was wide of the post.

It was end-to-end stuff in a frantic opening 20 minutes with both sides coming close to opening the scoring.

The visitor’s had most of the possession in the opening stages but Celtic had the best of the chances and forced a flurry of corners just before the half-hour mark.

They were then denied twice by the woodwork when O’Riley’s shot hit the post before Taylor’s hit the crossbar as Celtic started to turn the screw in front of a vociferus home support.

Kyogo then had the best chance of the half, but he failed to break the deadlock when his header looped just over the bar.

The first booking of the game went to Hatate who was shown a yellow for a late tackle that stopped a Leipzig attack in its tracks before Postecoglou was forced into the first change when Abada went down injured five minutes before half time.

James Forrest was brought on to replace the Israeli winger for his 109th European appearance for the Hoops.

Joe Hart was then forced into action in first half injury time, and he made a good save to force Nkunku’s shot over the bar.

The first 45 ended 0-0 and, much like last week in Germany, Leipzig started the second on the front foot and had a couple of early chances saved by Hart to keep the score-line level.

As dangerous as Celtic looked on the attack, they were looking increasingly ragged in defence and were fortunate to still be level when the clock hit the hour mark.

But with 15 minutes remaining Timo Werner broke the deadlock with with a header that sailed past Hart and into the Celtic net.

Celtic came close an equaliser with two back-to-back chances with O’Riley and then a Giakoumakis header that was just wide as the Hoops appeals for a penalty was waved away.

But Emille Forsberg put the game beyond the home side with the second goal to make it 2-0 with ten minutes remaining and seal victory for Leipzig.