The Celtic boss believes the surface should have been better for a showcase event. 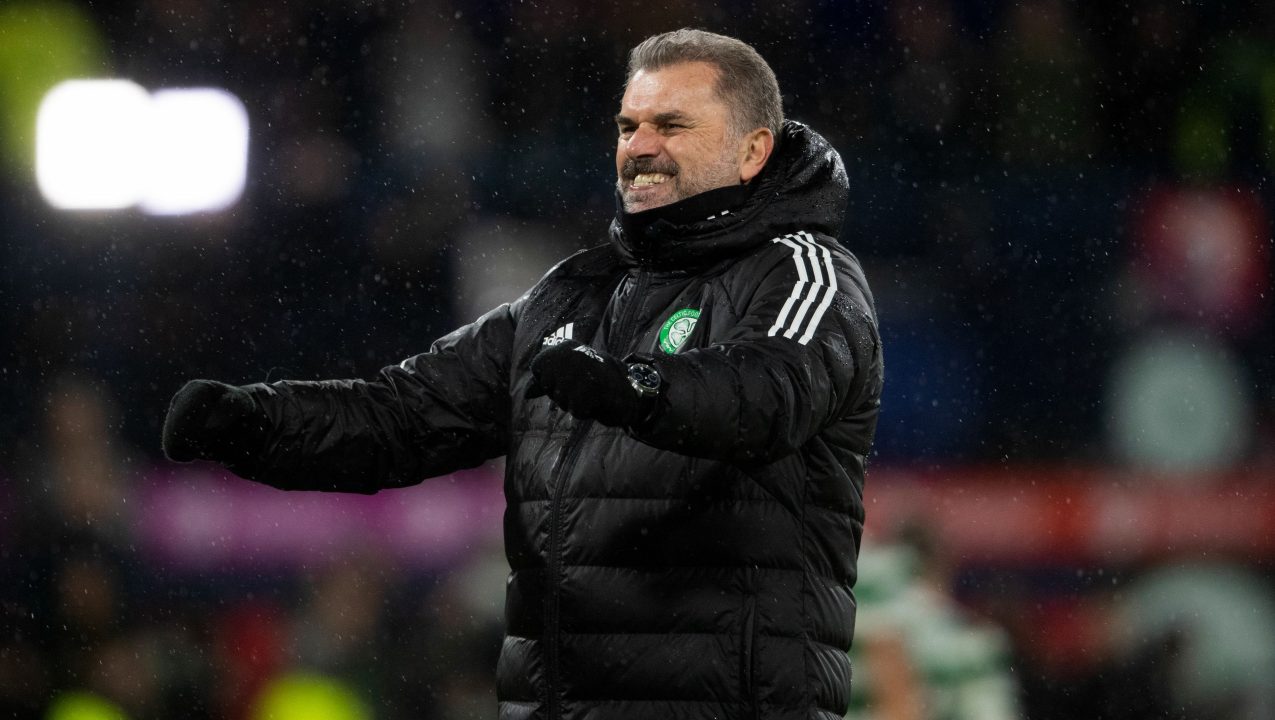 Celtic manager Ange Postecoglou expressed his disappointment at the condition of the Hampden pitch for the Viaplay Cup semi-final against Kilmarnock.

The holder progressed to the final with a 2-0 win after Dazien Maeda and Giorgos Giakoumakis found the net against Kilmarnock but the game was played in difficult conditions in torrential rain.

Postecoglou felt the surface was in poor condition before kick-off and that a big game deserved better.

“I know you can’t control the weather here in Scotland,” he said. “That’s impossible.

“But I’m disappointed with the state of the pitch. I thought that it would be better.

“I mean, you know, when you come to Hampden, it’s a showcase event and you kind of want the conditions to be the best they possibly can.

“Like I said, you can’t control the weather but, you know, even when I walked out before the game I was disappointed in the pitch.

“There’s a game there tomorrow, I said, it’s going to be tough for the two teams tomorrow as well.

“So I think if you’re going to have showcase events where everyone’s watching and the sort of spotlights on that you want to present in the best possible condition. I don’t know how much football they’ve had on it or, you know, what the situation has been. But like I said, for a Cup semi-final, you want the best conditions possible.

The Celtic boss explained that he didn’t think there was “good grass cover” on the surface and that the state of the turf meant that it couldn’t hold up to the conditions well enough.

When asked if that was just down to the torrential rain, he countered that other playing surfaces were able to withstand rain and still be good.

He said: “You know, I went to Motherwell’s pitch. It was perfect. Yeah. So, I mean, look, I’m not here complaining. I’m just saying that I was asked I was asked the question about, you know, showcase event and you want to present everything in the best possible manner.

“We come to Hampden for the big games that, you know, I think when you go to a venue for big games, you just think expect the pitch to be in the best possible condition, considering everything.”

Reflecting on his team’s performance, which gives them the opportunity to lift the trophy again when they meet Aberdeen or Rangers at the national stadium on February 26, he was happy that Celtic found a way to win in a tough game.

He said: “We have given out supporters another trip out here for a cup final which, when you start a season, that is your goal – to give yourself an opportunity to win trophies.”

And in an apparent reference to Rangers manager Michael Beale’s comment that Postecoglou was lucky to be able to spend big in the transfer market, he said: “I am a pretty lucky man, I just think it is filtering through”.