Celtic goalkeeper Joe Hart: 'We're pleased with where we are'

The keeper said it was more important for Rangers to win the derby. 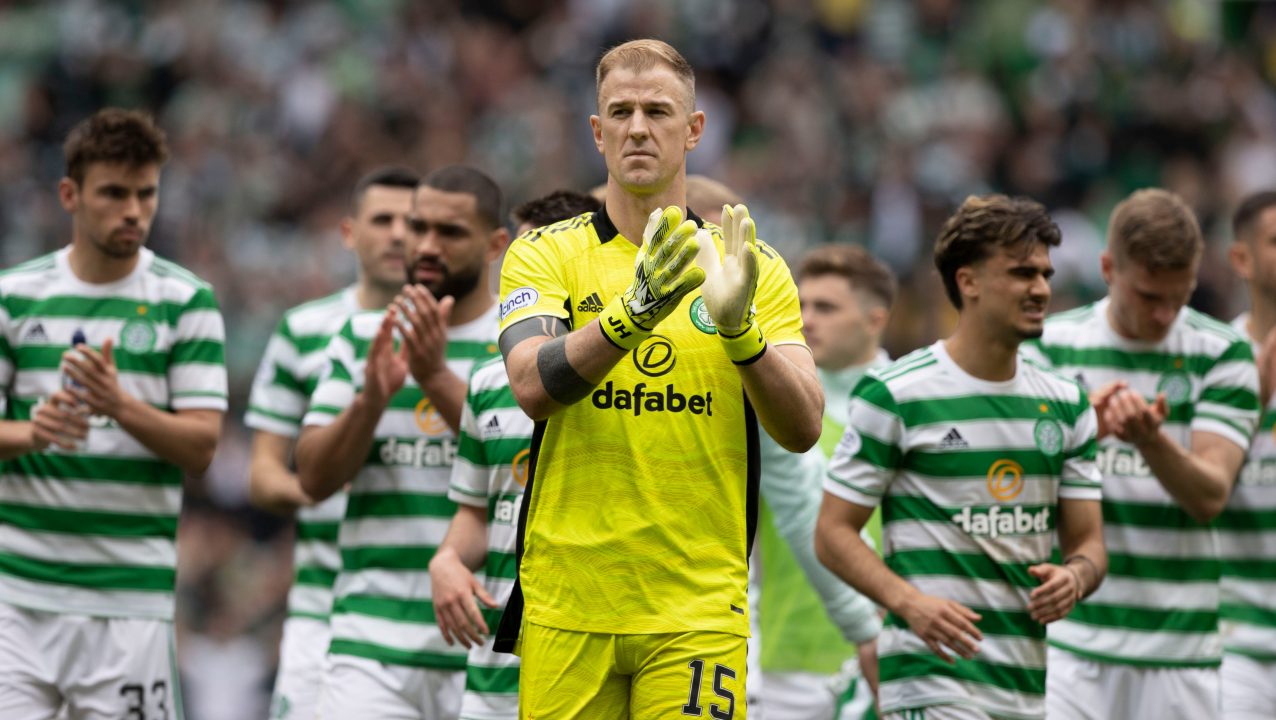 Celtic goalkeeper Joe Hart said Rangers had been tough opponents in “a tight game” but believes his side can be happy with where they sit after a 1-1 draw.

Jota had put the hosts ahead at Celtic Park but Fashion Sakala equalised in the second half to ensure a share of the spoils.

The draw means that with three games left to go, Celtic remain six points clear at the top of the Premiership and are closing in on the title.

Hart believes Celtic could have been a step closer had they taken their chances but the former England number one was called upon to deny Rangers on more than one occasion and said Rangers had provided a stern test.

He said: “[They are a] good team. Champions last year, semi-finalist in a top European competition.

“We worked hard to make those chances. No, we didn’t take them.

“You know, on another day we could have been more comfortable, but we weren’t ultimately. So yeah, tight game. Tight game.”

Reflecting on the club’s position, where they are poised to win the title after a season that has seen the team transformed under Ange Postecoglou,, he said: “We’ve come through a lot and we’re, you know, we’re pleased with where we are and you know, we’ve got a job to do, and that continues.

“You know, they were fighting for their lives out there. You know, it was it was more important that they won today than we did. So, you know, I was well aware that with however many minutes to go, I felt like we were gonna get chances and they were probably going to get more. I think they hit the post after that.