The Parkhead club received the Scottish Premier League title after playing against Motherwell on Saturday. 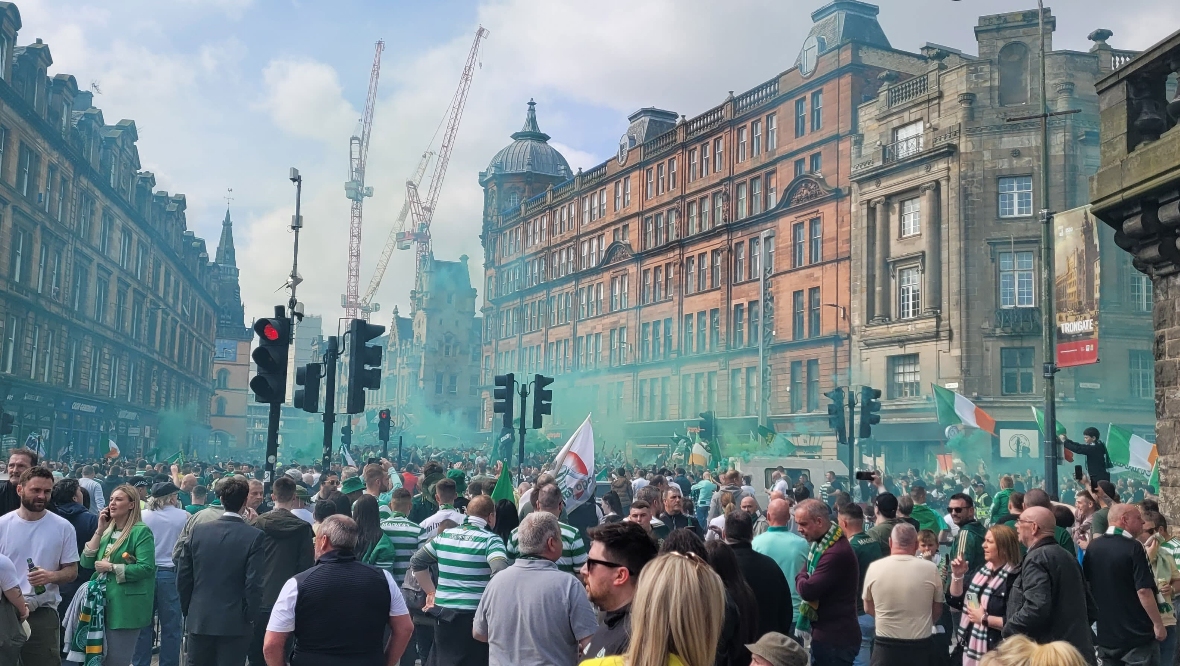 Police have launched a traffic warning as Celtic fans gather in Glasgow after their club received the Scottish Premiership title on Saturday.

The Parkhead club lifted the Premiership league title after a 6-0 home victory against Motherwell on the last day of the season.

On Twitter, Greater Glasgow Police wrote: “Traffic is very busy around the George Square area this afternoon. Please use alternative routes if possible.”

It comes after 5000 people responded to a Facebook page set up to promote a party planned for Glasgow’s Merchant City after the celebrations at Parkhead.

Police Scotland confirmed extra officers would be deployed across the city on Saturday afternoon.

“I would urge people to enjoy their day but to also take personal responsibility for their actions, behave appropriately and respect Glasgow.

“Additional officers will be deployed across the city to deal appropriately with any acts of violence, disorder or anti-social behaviour.”