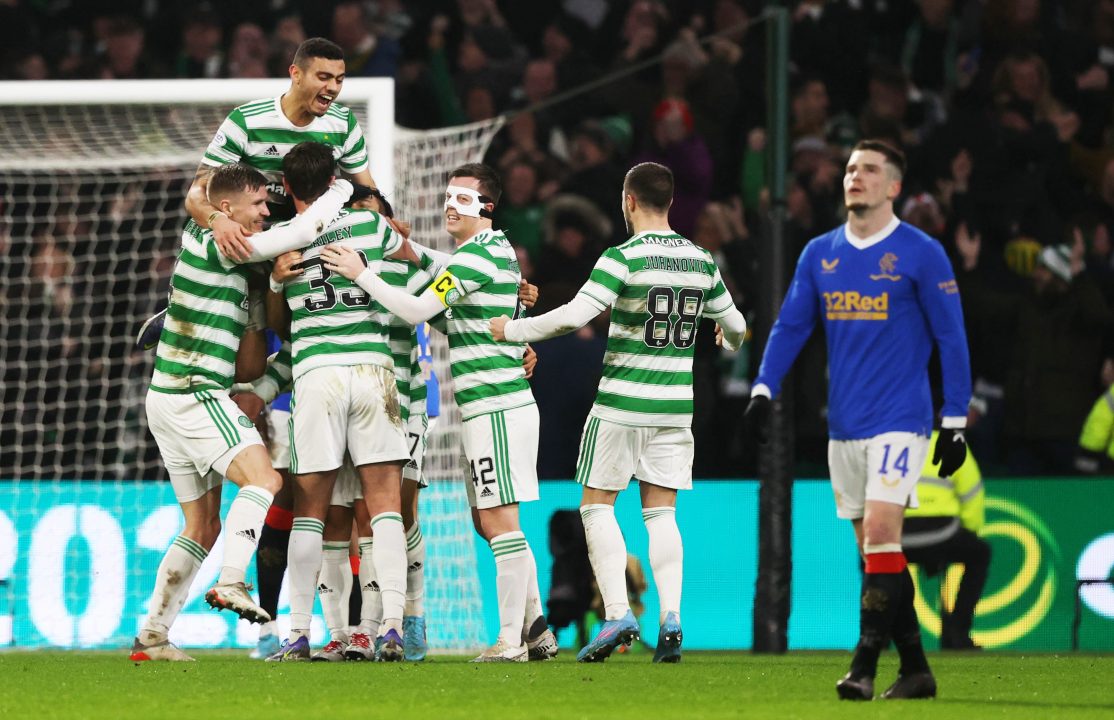 Celtic beat champions Rangers 3-0 at Celtic Park to go top of the Premiership on Wednesday night.

Reo Hatate scored twice and Liel Abada added a third to put the result beyond doubt before half-time.

Spurred on by 60,000 home supporters, it didn’t take long for Ange Postecoglou’s side to grab the opening goal.

Rangers cleared a corner but the ball dropped at the feet of Hatate on the edge of the box – the Japanese midfielder marking his Old Firm debut by finding the far corner with a low volley.

Celtic continued to dominate as the half progressed and went close to a second when Jota pounced on a mistake, but Allan McGregor saved two efforts in quick succession to deny the hosts.

Rangers almost equalised against the run of play when Joe Aribo played through Scott Arfield, but the Nigerian midfielder overhit his pass.

Moments later, Celtic made their first-half dominance count as Hatate smashed home his second of the night from range.

“A reminder Celtic paid less than a million up front for Reo Hatate. Unbelievable. A Rolls Royce of a player and head and shoulders above the rest”

It quickly became 3-0 before the interval when Borna Barasic let the ball bounce and Abada pounced to tap home from close range.

Rangers rallied after the break in an effort to claw their way back but Giovanni Van Bronckhorst’s side couldn’t muster a reply.

The win puts Celtic back top of the table for the first time since August – one point ahead of their Glasgow rivals.

“Celtic Park hasn’t been rocking like that in a long time. The demons of last season are well and truely dispelled – the thunder is back and in Ange Postecoglou, the Celtic fans have their leader

“The full time celebrations may have tried to be muted by Callum McGregor on the pitch but the crowd certainly enjoyed it. You gotta roll with it the song of choice for Celtic Park at full-time – Celtic certainly on a roll now.

“Titles aren’t won in February but you can forgive Celtic fans for dreaming. 9 players started tonight brought in by Postecoglou. The Australian has worked miracles in Glasgows East End.

“The gauntlet has been through down to Rangers.

“Rangers will lick their wounds and regroup but no doubt this will hurt. 14 games to go and they can’t allow this to affect them.