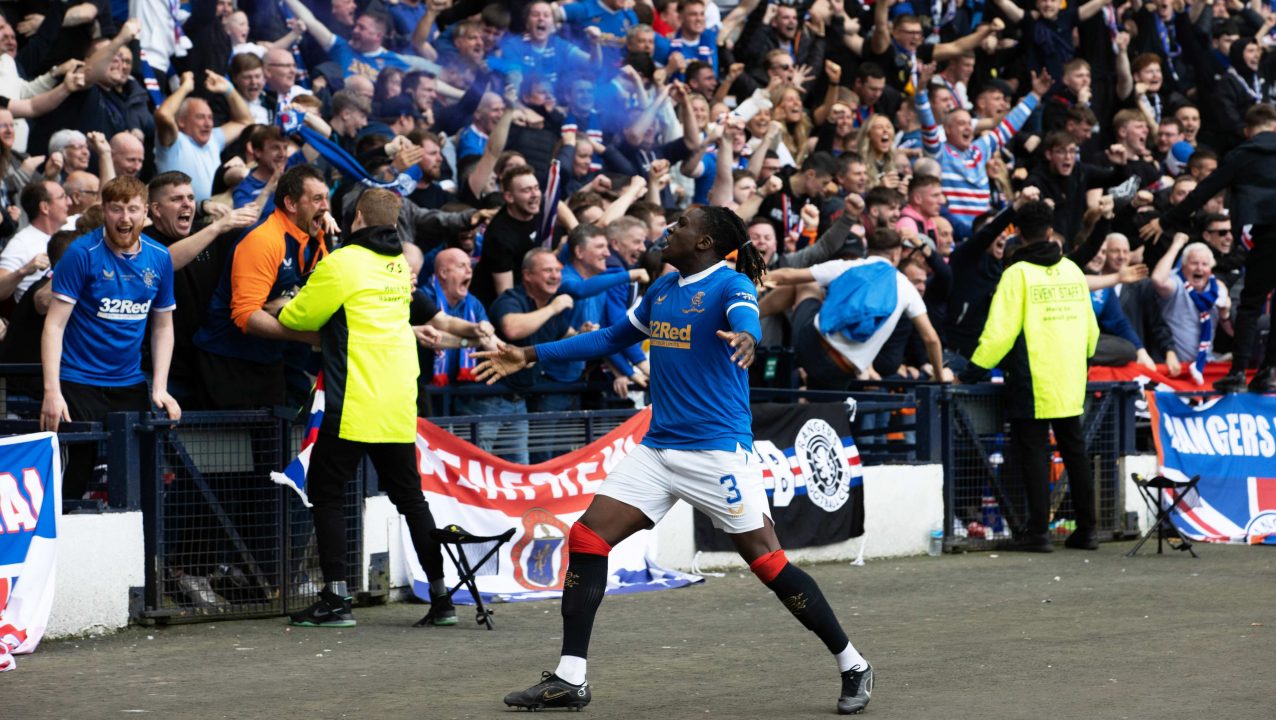 Calvin Bassey says the Rangers fans’ backing will be huge for the team in the Europa League final – and those lucky supporters with tickets will make plenty of noise.

The Ibrox side go up against Eintracht Frankfurt in Seville hoping to end a thrilling run through the competition with a first European trophy since 1972.

While tens of thousands of fans are making their way to the Spanish city, only a small proportion will be in the Ramon Sanchez Pizjuan Stadium on Wednesday night. Supporters are doing everything they can to make it to Spain and to get their hands on tickets, and Bassey said he’s well aware of the lengths they are going to in order to support their team.

“For us it’s just about going in there making sure we get the job done. Obviously it’s a bit hard when you ain’t got your whole fan support, but you know, we’ve got a purpose to do it for them and to do it for Jimmy Bell as well.”

Bassey joined Rangers from Leicester City in 2020 but this has been a breakthrough season for the 22-year-old, who has shown his versatility with strong performance at centre-back and full-back. He said he was just keeping his feet on the ground as he played his part in a dramatic season.

“It’s been amazing,” he said. “Obviously, being one of the young boys that’s been playing for me it has just been amazing.

“Unbelievable experience and just trying to take it all in but the same time just remember I’ve got a job to do.

“The boys around keep me so calm and so grounded and level-headed to make sure that, you know, we take each game as it comes and focus on the bigger picture.”