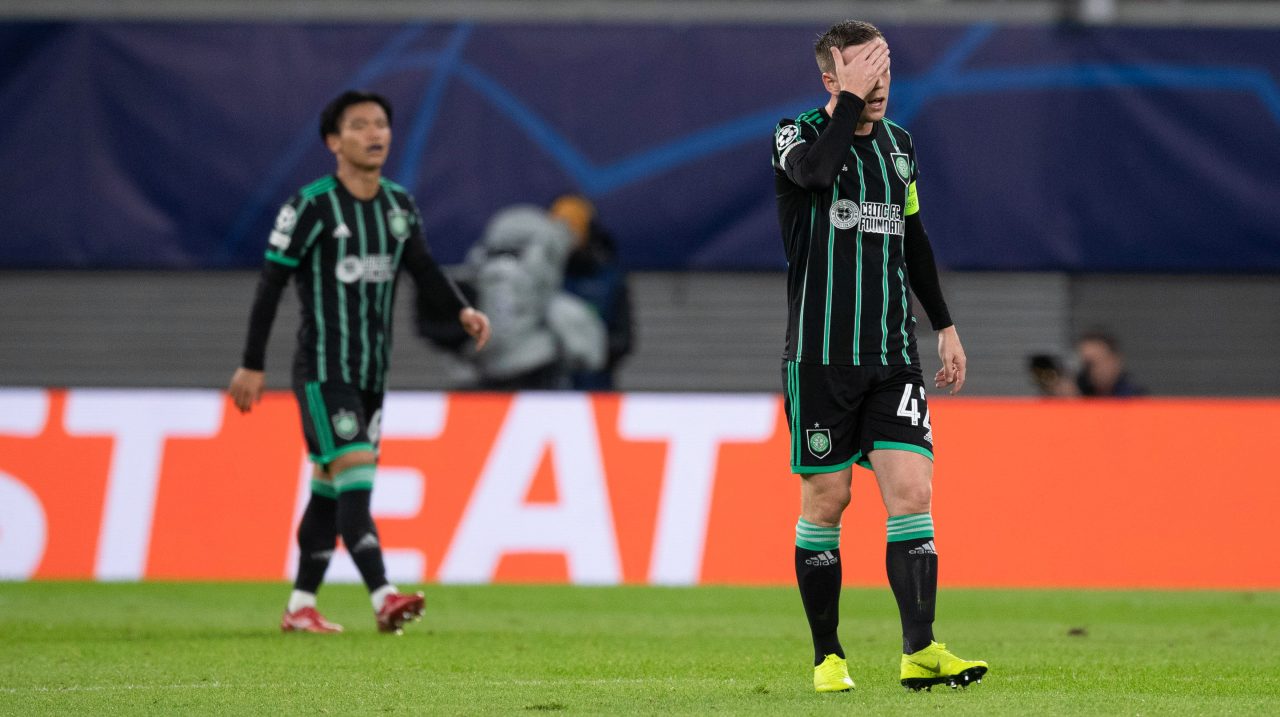 The Hoops captain was taken off in the first half of the game that ended 3-1 in favour of German side RB Leipzig.

He appeared to get injured as he lost possession following a short corner immediately before Leipzig countered for Christopher Nkunku to score the opener.

After the game the Celtic manager told BT Sport. “It doesn’t look good.

“We were a bit unlucky with the goal because he went to have a shot and something tweaked in his knee. He put in an enormous effort to chase back, and it was his toe-poke that put the guy through.

“It doesn’t look good, but I’ll wait to see what the doctors say.”

The Australian was frustrated his side did not maintain the initiative after Jota’s 47th-minute equaliser, having also created several chances during an entertaining first half.

He said: “After we scored we kind of went in our shells a little bit in terms of our possession and got a bit negative with our passing, started passing it back too often.

“I’m really disappointed with their second goal because that was the crucial one. The second goal was self-inflicted, it had nothing to do with the nature of the game.

“We were just too negative with our passing, we kept going back to Joe for no reason under no pressure, and almost invited them to get on top of us. You give them a second goal away from home, and it makes it a difficult task.

“There’s a lesson there for us. We know when we are aggressive and play our football, we can cause anyone problems but, when we’re not, it’s going to be very hard for us to be successful.”