The midfielder said he had a point to prove after last season's disappointment. 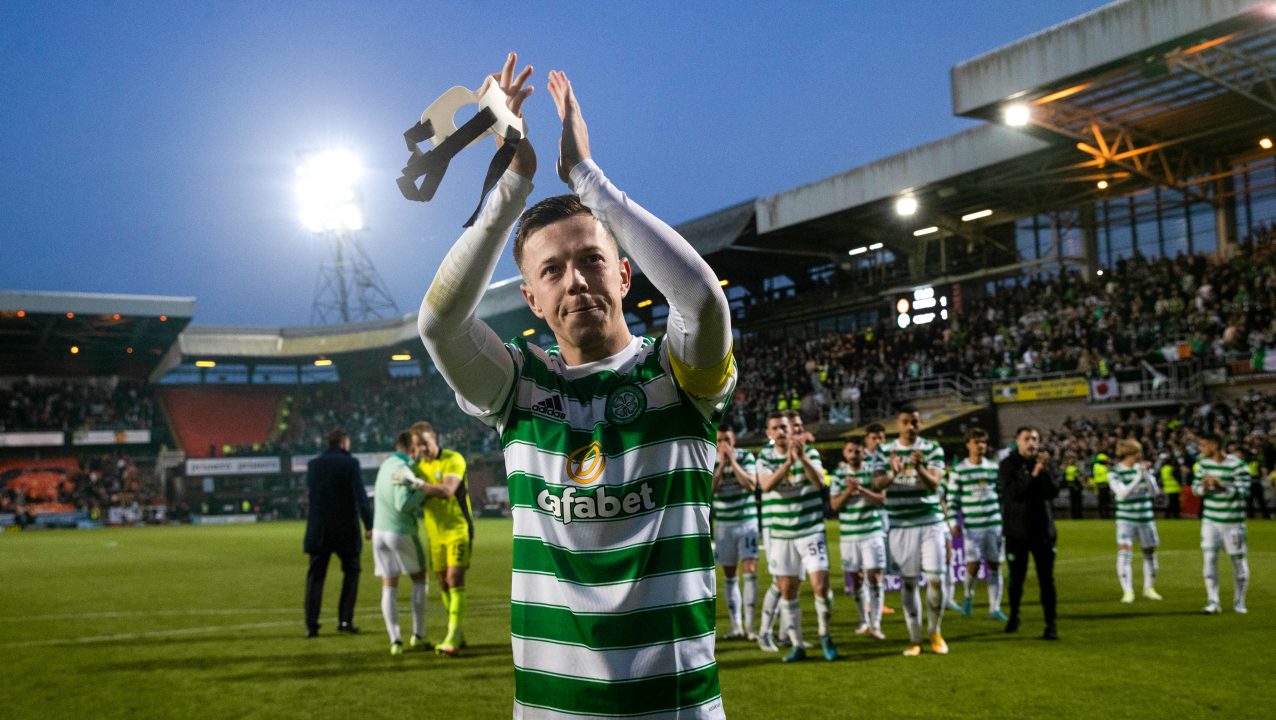 Celtic midfielder Callum McGregor has spoken about his pride in winning the Premiership in his first season as captain.

The club clinched the title with a 1-1 draw at Dundee United on Wednesday night, capping a memorable first season in charge for Ange Postecoglou.

But the win was also hugely significant for McGregor, who took over as captain after Scott Brown left the club last summer.

“It’s brilliant,” the 28-year old said. “You know, I’m super proud of this group of players, the management staff, everyone at Lennoxtown.

“Everyone at the club, you know, really came together in a sort of period of transition for the club. And to achieve what we’ve achieved this season is nothing short of tremendous.”

The title win sees the Premiership trophy returning to Celtic Park for the tenth time in 11 years and McGregor admitted that it was a little bit more special to be back on top after a tough time last year when the team fell short of what could have been a record-breaking season.

“I think just in terms of circumstances, yeah [it is more special],” he said. “I mean, a new group of players, you know, so many new players coming in. And again, testament to them, they’ve hit the ground running.

“You know, pretty much everybody to a man has made an impact and that’s what we need. So it was a huge rebuilding job off the back of a disappointing season.

Winning the title while wearing the captain’s armband was a new experience for a player who has already won a huge haul of medals.

“I’m hugely proud,” McGregor said. “It’s something I’ve dreamed of as a young kid, you know, just to get in the first team and play a game. And then the journey’s progressed every season and you just always want to get better and always develop as a player and as a person.

“When I got handed the armband, then, you know, I knew it was my responsibility to bring success back to this football club.

“I’m so happy and so delighted for everyone that we’ve managed to do that.”