Callum McGregor ‘even more hungry for success’ at Celtic

Midfielder says Parkhead club didn't get 'closure' at end of last season and are now determined to win ten titles in a row. 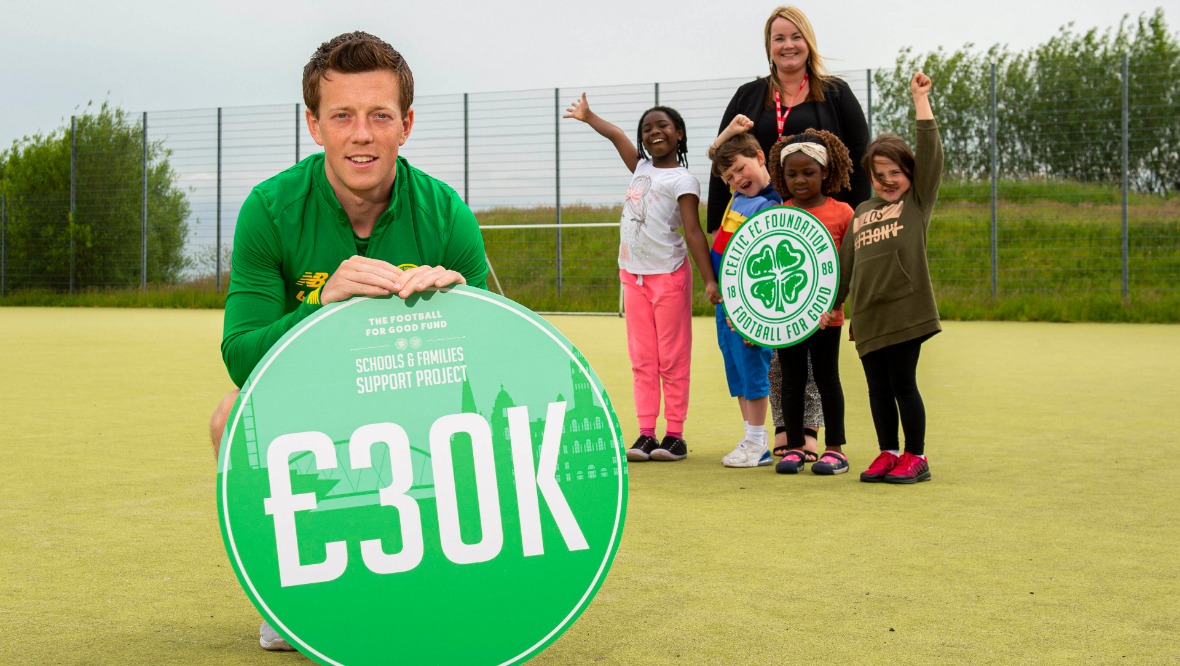 Celtic midfielder Callum McGregor says Scottish football’s long hiatus due to the coronavirus outbreak has made the Parkhead squad even “more hungry for success”.

Neil Lennon’s side are looking to win a record-breaking tenth consecutive Scottish Premiership title when the new season finally gets under way.

And McGregor says he’s raring to go again after the long break.

“You always get that closure at the end of season and obviously it was cut short and didn’t get the celebration and things like that. I think with the longer break it’s certainly made me even hungrier to come back in and do it all again this season,” he said.

“It would be great if we could have a great season again and finally speak about going for ten. It’s the same message from the manager and the staff, take every day as it comes and prepare properly.”

McGregor was speaking at an event where the Celtic FC Foundation announced it was donating more than £30,000 to 12 local schools and nurseries to help pupils and families during the Covid-19 outbreak.

He said: “You’re always focused on football so when things like this happen you get a wider perspective of the situation that we’re in and how much the virus has affected our local communities.

“It’s great to come down and see the kids running about with a smile on their face, but it does put things in perspective.

Celtic returned to training at their Lennoxtown base last week, adhering to Scottish Government guidelines on maintaining social distancing.

“It’s a little bit uncomfortable with the testing, the medical guys have been first class, the protocols are all there, everyone seems to be following them as best they can,” said McGregor.

“It’s great to get back and obviously these things are guided by the science and the health guys, so a big pat on the back for them getting the place ready for us to come back in.”