Callum Davidson ‘over the moon’ after historic League Cup triumph

The St Johnstone boss admitted to being emotional after his side lifted the trophy. 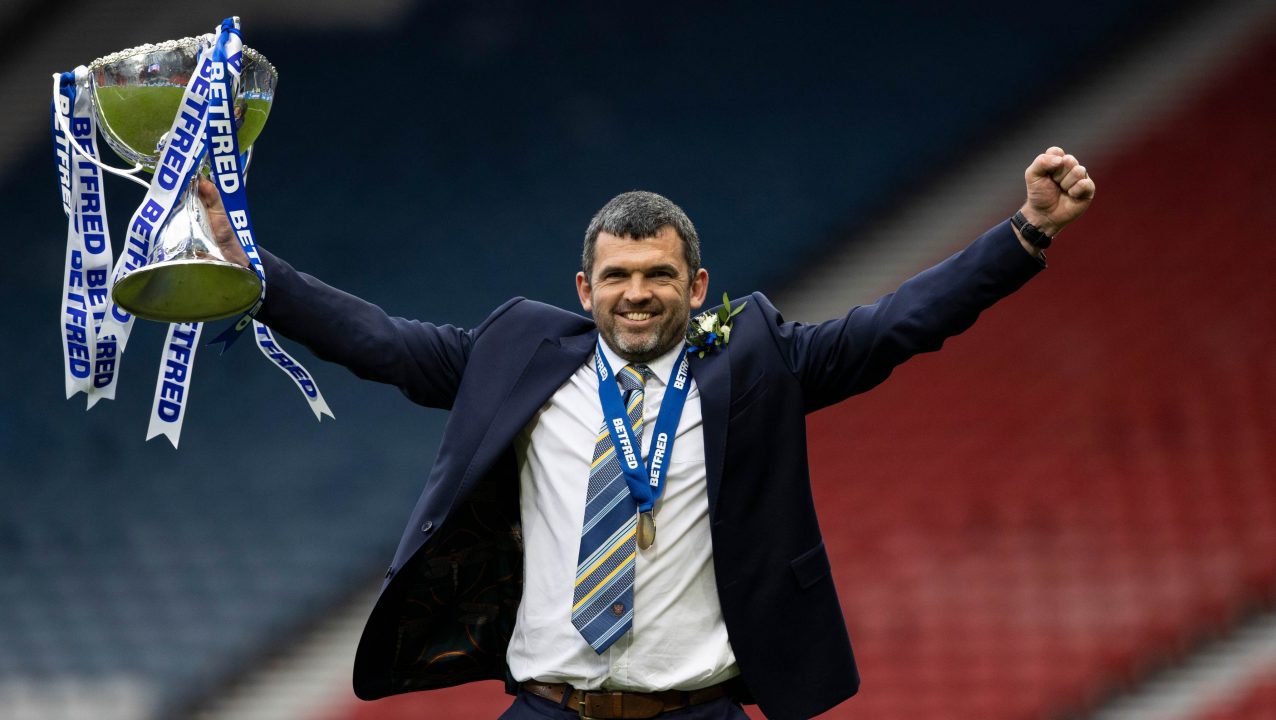 St Johnstone boss Callum Davidson watched his side lift the League Cup trophy and admitted it might take a while for the achievement to sink in.

The Perth side beat Livingston 1-0 in the Hampden final to win the competition for the first time, with Davidson taking a major honour in his first season in management.

The former Scotland international, who was assistant to Tommy Wright when the Saints won the Scottish Cup in 2014, said he had a lot of people to thank for helping with the team’s success.

“It’s something I will probably look back on in 10 years’ time and go ‘wow, that was brilliant’,” Davidson said.

“Just now, I am actually just over the moon we won. To be part of that in 2014 as assistant, and now to be able to do it in my own right, I will probably get a little bit emotional if you keep asking that type of question, so don’t!

“I am just over the moon for everyone involved, for my backroom staff, they work so hard for me. It’s a big thanks to them and for my family back home, and all the messages I got from people in Dunblane and just all around the world wishing me all the best.

“When people send you messages, just simple things, it means a lot.”

The manager said it was a shame that the club’s supporters couldn’t join in the celebrations, with the pandemic restrictions meaning there was the strange sight of Hampden being empty for a major event.

“It was surreal but it didn’t stop the enjoyment of winning the trophy,” he said. “We can’t share it with the supporters, which would have been special, the players would have been out on the pitch with their families.

“Hopefully we can do something special when lockdown eases for all the families and get supporters together and really enjoy the occasion.

I’m not an emotional person but it’s probably made me a little bit emotional. I’m just delighted for everybody involved.

“It’s difficult times for everybody and seeing them after the game, all the staff and all the players, was a pretty special moment.

“Hopefully people back in Perth who support St Johnstone can celebrate it and get a bit of cheer.”

Defeated Livingston manager David Martindale expressed his disappointment at failing to to get over the final hurdle but said his players need to reflect on how well they did to reach Hampden.

“I’m disappointed but I have got to give St Johnstone credit,” he said. “They defended their box very well at set-plays and they attacked set-plays in our box. They pressed us really well, never gave us a lot of time on the ball in the middle of the park.

“I tried to make early changes to get us back in the game but, again, I have to give St Johnstone and Callum credit, they dealt with those changes very well.

“It’s a wee bit raw but I gave the players a fist-bump after the game and said ‘look, you can’t dwell on the negatives, you have to look on the positives. You have been fantastic and you took Livingston to a final’.

“You don’t always get what you deserve in life and hard work doesn’t always mean you get just rewards. You need a moment of brilliance, a bit of individual creativity, a bit of luck sometimes.

“Shaun Rooney was the man who did that, he took his goal fantastically well and the delivery was fantastic as well, and that changed the game.”