Budge would consider legal move if SPFL board relegates Hearts

The Tynecastle club would take action if they were relegated without completing 38 games. 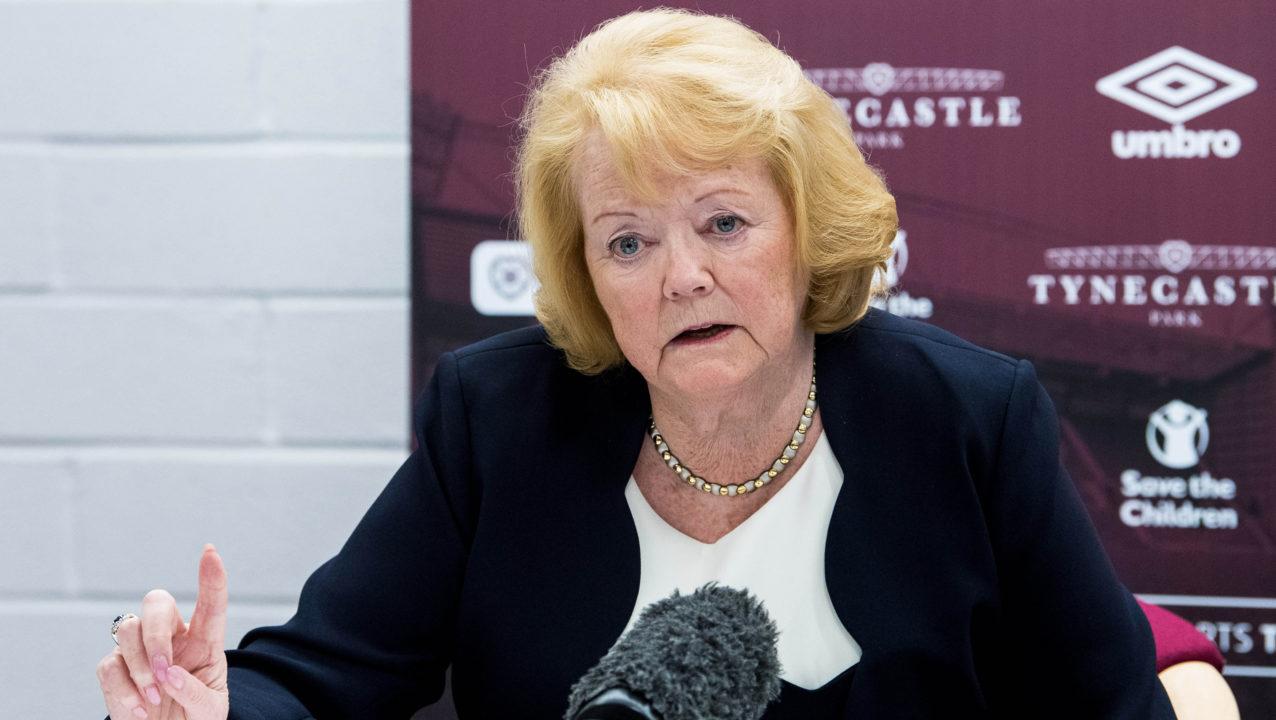 Hearts owner Ann Budge would consider legal action if the club was to be relegated without completing the 38-game Premiership season.

The Tynecastle side are four points adrift at the bottom of the league table after all football was suspended due to the spread of coronavirus.

With no games expected in the coming weeks, the SPFL hmay be forced to make a decision on ending the season without teams having completed their schedules. One interpretation of the rules is that the SPFL board could then decide to finalise all league positions and award titles, or impose relegation accordingly.

Budge says that ideally all clubs would have the games rescheduled. Her understanding of the rules is that the board does not have the power to make the decision to relegate clubs if the season ends early.

“I would be prepared to launch a legal challenge unless someone can prove to me that I am wrong,” she told STV.

“I’m reading the rules as saying that… to prematurely end the season we need to change the rules. I don’t think there’s any other way forward.

“If we’re changing the rules then I believe it should be a members’ vote so it is removed from the board. It’s no longer a board decision but a members decision.  Members have to vote on these sorts of issues.

“If I’m proved to be wrong on that then I’ll respond accordingly. That’s my understanding of the position.”

The businesswoman is not entirely against ending the season early, given the logistical and financial issues of trying to play games months from now, but believes that all options have to be discussed, and with all parties.

“It’s an unforeseen situation and I understand that,” she said. “But there are lots of rules and it comes back to ‘When is the end of the season?’.

“In certain circumstances you have to change the rules to determine that this is the end of the season and that is in accordance with the articles of association, is my understanding.

“If that’s the case then that’s when it comes down to a members’ decision or a board decision.

“I think the consequences for a lot of clubs are so enormous here that it really does merit a members’ vote.

“I’ve spoken to a few clubs and I’m not the only one that feels that this should not be a board decision.”

Budge believes there is precedent with how the authorities dealt with Rangers financial collapse in 2012, saying the “potential consequences” meant it had to be settled by all member clubs.

If that did come to pass, and clubs did vote to relegate Hearts, she said the club would likely accept the decision. But she asked who would benefit from such a decision.

“I think it would have to be [accepted],” she said. “Because what are we going to do? Refuse to play football?

“I would take legal advice, there’s no question about that. Further legal advice, I should say. I’m not trying to be overly controversial. I don’t believe that relegating any club in the current circumstances is fair, reasonable or sensible.

“Every club is facing dire consequences because of the coronavirus. Who is going to benefit if we then relegate four other clubs who will face more consequences. If I could see that there was a gain to be had then I could perhaps understand it but I can’t.”