Brown: People would want me banned for tackle like Power’s

The Celtic captain gave his thoughts on the challenge that injured Jeremie Frimpong. 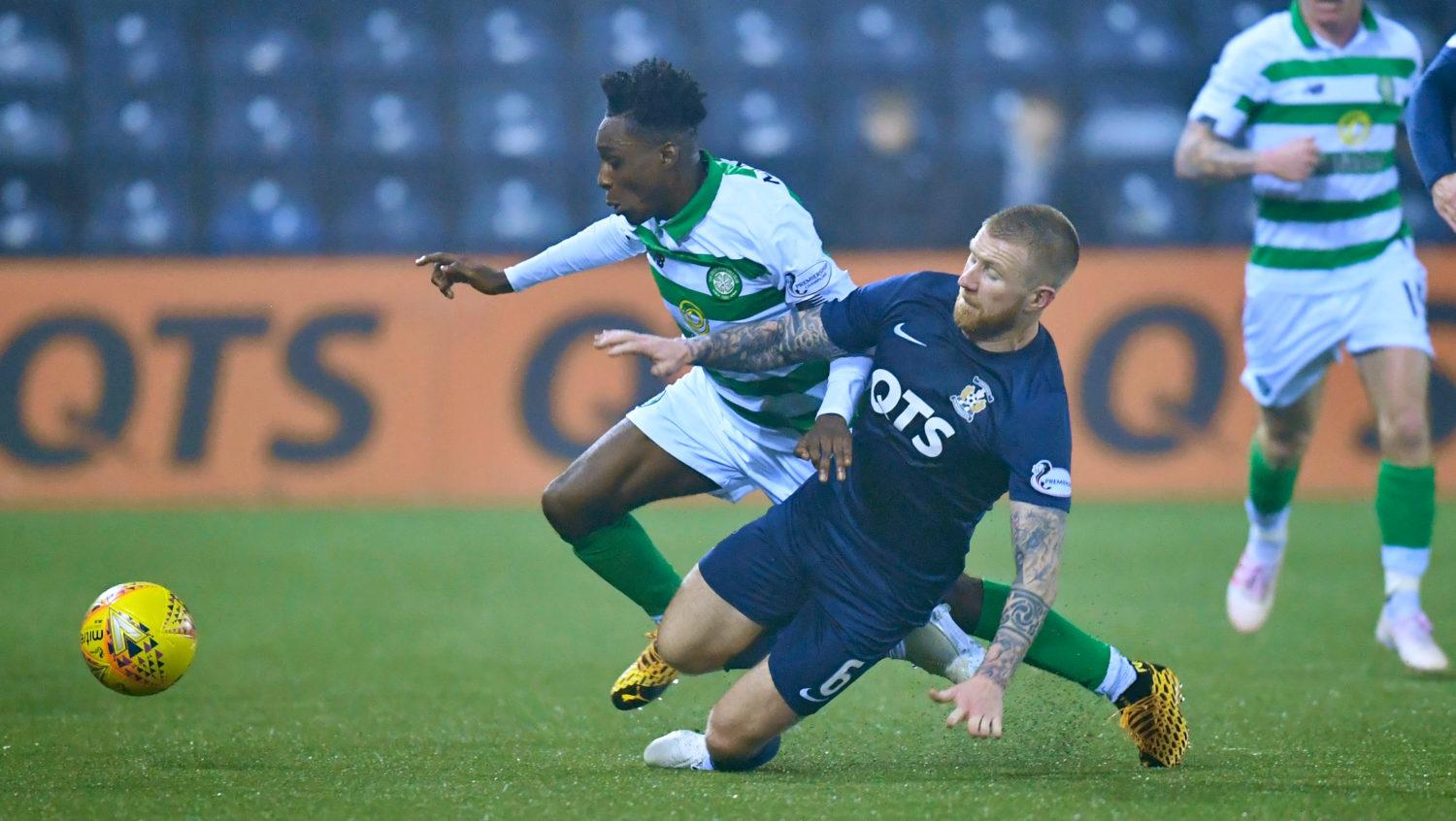 Celtic captain Scott Brown believes that people would be calling for him to be banned if he was responsible for a challenge like Alan Power’s tackle on Jeremie Frimpong.

Kilmarnock midfielder Power wasn’t punished for the challenge that saw Frimpong stretchered off during Celtic’s 2-1 win at Rugby Park on Wednesday night.

Brown suggested it was a sending off offence and says it would have been a different situation if he had been the perpetrator.

He said: “I think if I’d done that tackle, it would become reckless, everyone would have surrounded the ref and stuff like that.

“We’ve seen it back and both feet are off the ground.

“If I’m in that situation, there would be a lot of people, a lot of punters, a lot of fans putting pressure on me to get a suspension and to get sent off.

“I think it’s the levels (of refereeing) we want maintained so that the same thing happens in every single game.”

Celtic’s victory, which kept the team top of the Premiership table came after goals from Odsonne Edouard, Leigh Griffiths and Christopher Jullien. Griffiths found himself at the centre of attention for responding to abuse from the crowd and Brown said the striker had his sympathy.

He said: “Everyone has had criticism. Everyone deals with it and I’m sure the wee man will deal with that.

“I’m sure Boydy is big enough and ugly enough to deal with it too.

“I think it’s part and parcel of the game. I’ve had it, Leigh’s had it, everybody’s had it before and it’s just about how you bounce back.

“I’ve not actually seen (the incident with the supporter) back yet but what I’ve heard is there was nothing really in it.

“I’ve spoken about this before. They (fans) think they can sing and chant for 90 minutes and do whatever what they want. If they were on the other side I don’t think they would appreciate half the stuff that happens, especially the stuff with Leigh.

“You’ve just got to deal with it. Last night Leigh scored the goal and people don’t like him because that’s what he does.

“You got to take that in a positive way too. You need to think there’s a reason why they don’t like you.”