'This shouldn't be happening now, especially at an event like that' 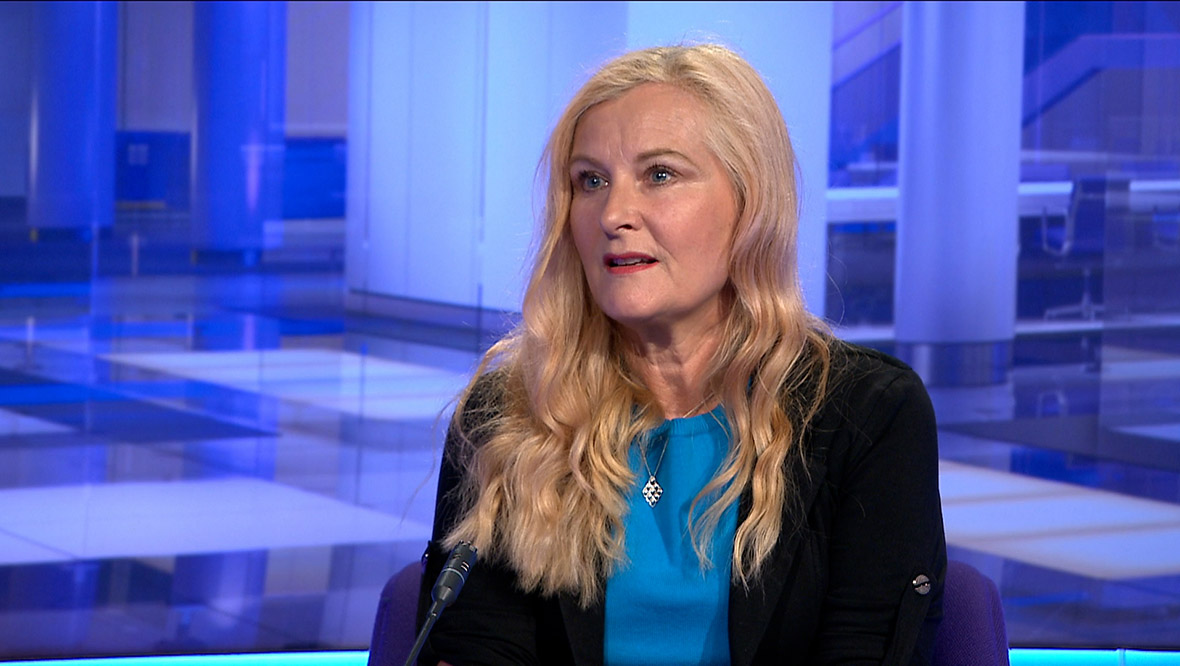 A veteran Scottish sports broadcaster has hailed the bravery of journalists’ who walked out of an awards ceremony at the weekend after a guest speaker made offensive comments.

Alison Walker was in attendance at the Scottish Football Writers’ Association (SFWA) dinner in Glasgow on Sunday night, which saw several guests leave their tables upon hearing “sexist and racist jokes”.

One of those to walk out was Eilidh Barbour, who covers Scottish football for Sky Sports. She posted on Twitter that she had ‘never felt so unwelcome in the industry’.

Ms Walker told Scotland Tonight: “Absolutely, he (the speaker) did step over the line. There were racist jokes, there were sexist jokes and there were homophobic jokes. But it was only afterwards that I realised some people, some tables, had actually got up and walked out.

“It wasn’t inclusive and people felt uncomfortable and it was wrong to put them in that position.”

“I didn’t realise that at the time because my attention was directed towards the stage. But even during his speech there was raised eyebrows and we were looking at each other as if to say ‘oh, that was a bit…’, so people were well aware but people were still laughing.

“In amongst all those other jokes, there were actually one or two funny lines as well and he’s a very accomplished speaker. He just pitched it completely wrongly and years gone by – too many years have gone by – this shouldn’t be happening now, especially at an event like that.

“It wasn’t a wee boys’ do with a speaker. This is an awards ceremony, an awards event for everyone and it wasn’t inclusive and people felt uncomfortable and it was wrong to put them in that position.”

Ms Walker revealed she has walked out of industry events in the past after feeling uncomfortable at some of the humour used – albeit she used to pretend she was going to the bathroom.

She said: “I thought ‘I can’t listen to this, I can’t listen to the crudity’ and it’s just not funny, so I would just pretend I was going to the toilet, so fair play to those ones that did actually stand up and put it out there and walked out.

“It’s a big organisation and it has a lot of power and a lot of influence, and women need to be part of the decision-making process. In any world, to achieve equality, people need to be there making some of the decisions. Otherwise, things are not going to change.”

The SFWA issued a statement on Monday saying it was sorry “to anyone offended or upset by material from one of our after-dinner speakers” at the awards ceremony.

The furore was sparked after Ms Barbour, tweeted on Sunday night: “Never felt so unwelcome in the industry I work in than sitting at the Scottish Football Writers Awards.

“A huge reminder there is still so much to do in making our game an equal place.”

Gabriella Bennett, who co-chairs the training and campaigning group Women in Journalism Scotland (WiJS), said her table also walked out of the awards ceremony at the same time as Eilidh’s group.

Ms Bennett told STV News the problem on Sunday night “was two or three jokes made by the final speaker of the night”.

“The comments were masquerading as jokes or banter but they were made in a disrespectful way and it was very unprofessional,” she said.

“Then there was a racial slur at the end and that’s when I stood up and walked out. I saw Eilidh at the bar (as she had also just walked out).”

Ms Bennett said she felt comfortable for most of the evening and that it was largely a celebration of sports journalism. But she said the final speaker’s routine drastically changed the atmosphere inside the room.

“It was five minutes of off-colour comments,” she said. I heard gasps but there was also laughter, including shocked laughter.

“I felt disappointed and dispirited but not shocked or surprised. It’s not the first time this has happened but it is a more extreme example.”

WiJS said it is a matter of great concern “that it is still deemed acceptable to behave and speak in such a disparaging manner towards women”.

The group conducted a survey at the end of last year that found of around 95 sports desk staff jobs at Scottish newspapers, just three were filled by women. There are no female sports editors.

In a statement, WiJS said: “Dark corners of our industry still exist, where outdated attitudes – which wouldn’t be acceptable elsewhere – are still condoned.

“Members tell us about derisory attitudes towards women who report on sport, all-male voices in morning news conferences, sexist jokes in actual and virtual rooms, an intimidating atmosphere in the football press box and more.

“Disturbingly, we also hear stories that when women are offered jobs writing about sport, it is often on lower salaries than male counterparts, with fewer promotions offered and little flexibility. As a result, fewer women are attracted to the sector and those who do go into it, leave because of what they find.

“It’s time to call time on the sexist shame of the beautiful game.”

Women in Football and anti-discrimination charity Kick it Out also released a joint statement condemning sexism and misogyny in society, while health secretary Humza Yousaf said it was “grim this is happening in 2022.”

He tweeted: “I applaud those who bravely took a stand and spoke out against sexist, homophobic and racist content at last night’s SFWA Awards last night.

“It shouldn’t be left to women/gay ppl/ppl of colour to challenge this behaviour.”

The SFWA promised a review of the event, which was attended by award winners including Celtic manager Ange Postecoglou, Hearts goalkeeper Craig Gordon and former Manchester United boss Sir Alex Ferguson, who received a lifetime achievement award at the dinner in Glasgow on Sunday night.

Another guest, Motherwell Women coach and media pundit Leanne Crichton, said she was “disheartened and disappointed” by the experience.

“I think the majority of the people I was around and spoke to were shocked, and that to me sends a positive message that there is change within the room,” she added.

“I don’t think it is reflective of all the sports writers who were present. I think it was reflective of really bad taste and poor judgement on the hiring and the people that choose to tolerate that type of behaviour.”