The Republic of Ireland defender has joined Neil Lennon’s side on a season-long loan from Brighton. 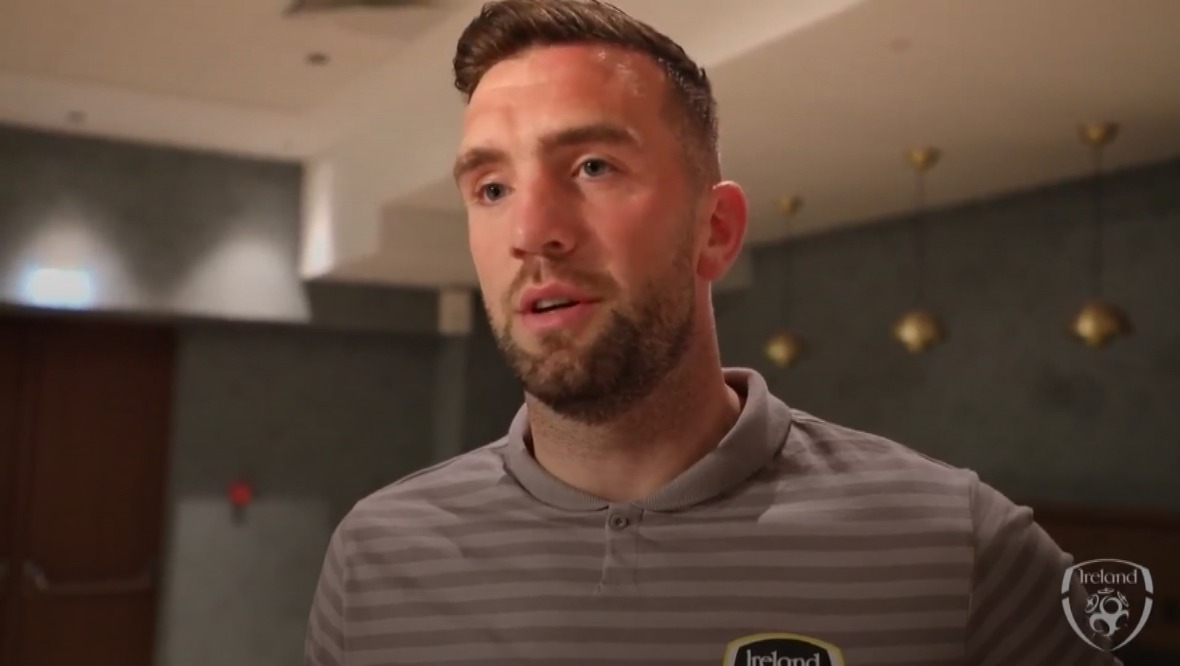 Shane Duffy wants to become a history-maker at Parkhead after fulfilling his boyhood dream of signing for Celtic.

The Republic of Ireland defender has joined Neil Lennon’s side on a season-long loan from Brighton.

And the 28-year-old has immediately set his sights on earning a place in the club’s annals by helping the Hoops to a record-breaking tenth straight league title.

Duffy completed his medical in Dublin, where he is currently based with the Republic of Ireland squad ahead of their Nations League clashes with Bulgaria and Finland.

And in an interview posted to the Football Association of Ireland’s Twitter account, he said: “It’s a huge season. I don’t need a reason to go to Celtic but if there ever was one it’s this season and the chance to make history.

“To have the chance to be a part in it is a huge honour, but there is a lot of hard work to do to get that 10 in a row.

“I know the fans are optimistic and I am as well. We’ll do the hard work and hopefully the reward is there at the end.”

Duffy spent his childhood running about the streets of Derry in the hoops, dreaming of one day pulling it one for real at Celtic Park.

That ambition will now become a reality for the former Everton and Blackburn defender.

“I’m delighted, he said. “It’s taken a little while to get it done but I’m over the moon.

“It’s something I’ve always dreamed of doing so to get the chance and for the club to want me is a special moment. It’s been a long time coming.

“I’m just really excited to get up there now and get going. Hopefully I can bring success to the club.

“People all know the connection with Derry and Ireland and Celtic. It’s all we knew growing up really.

“As I’ve grown up I’ve been lucky enough to go to a few games and sample the atmosphere.

“It’s my boyhood club and it is literally a dream when you’re a kid to play for Celtic.

“I’ve had all the tops down the years, so to now get to experience it and go out at Celtic Park and play for the club you love is a huge honour.

“Hopefully I can do them proud.”

Duffy made just one start for Brighton following the resumption of the season from lockdown.

But he is looking forward to playing a bigger role under Lennon, who has fought off competition from West Ham to land the centre-back.

Duffy said: “I can’t wait to get working with the manager. I’ve followed his career all the way through having grown up watching Celtic.

“Now I’m going to get the chance to play under him which is a real honour.”

Lennon believes the signing of Duffy will help on and off the pitch.

“We are delighted to bring a player of Shane’s quality to Celtic,” he said.

“He is leader and he’s a warrior – someone with real ability and who will also give us that great physical presence.

“I know too he is a player who will add great personality to the dressing room. This is a real coup for the club.

“From the off, Shane wanted to come to Celtic and we are delighted we have been able to fend off English Premier League interest.”