Boxing champ Taylor desperate to get back in the ring

WBA and IBF title holder is keeping fit during the coronavirus pandemic by training in his East Lothian garage. 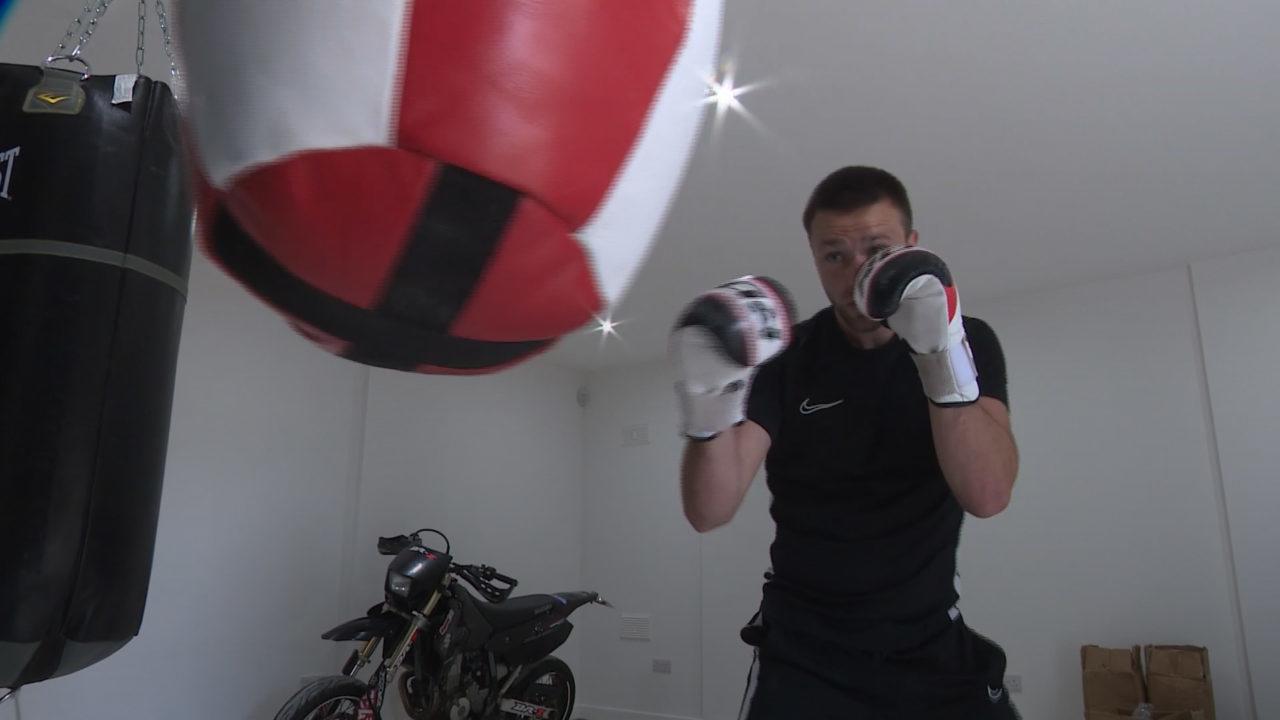 Boxing world champion Josh Taylor says he’s desperate to get back in the ring, even if it means fighting in an empty arena.

The 29-year old from Prestonpans, who was due to defend his WBA and IBF titles this month, has been keeping busy by creating a makeshift boxing gym and helping out with a local charity,

His bout with Thailand’s Apinun Khongsong was due to take place at Glasgow’s Hydro on May 2 but was cancelled due to the coronavirus pandemic.

“It’s been since October, you now, since my last fight so it’s a long time. I’ve only had three sparring sessions as well so I’m getting a wee bit itchy hands.

“I don’t know what is going to happen. I think it might be behind closed doors, which isn’t ideal. It would just be hard to get up for that because it would be like going out for a sparring match, you know, every day in the gym.

It looks like it will be the same when boxing is back – and while Taylor admits it’s not ideal, he’ll do anything for a return to the ring.

“I’m very fortunate enough to be in the position, I’m World Champion now, where if this had happened maybe two years ago, three years ago I would have been really, really gutted.”

“I’m very fortunate enough to be in the position, I’m World Champion now, where if this had happened maybe two years ago, three years ago I would have been really, really gutted,” he said.

“I would have needed the fight and I would have needed the money and needed that fight to move on with my career, so I really feel for the younger fighters coming through, that are doing maybe the small hall shows or shows like my show to sort of showcase themself, to see what talent they’ve got and keep them moving forward,” he added.

When boxing returns and what it will look like is unclear but in the meantime, the unified world champion hopes his back garden boot camp will ensure he’s ready and waiting.