Taylor became only the fifth man to simultaneously hold all titles in a weight category when he beat Jose Ramirez in May. 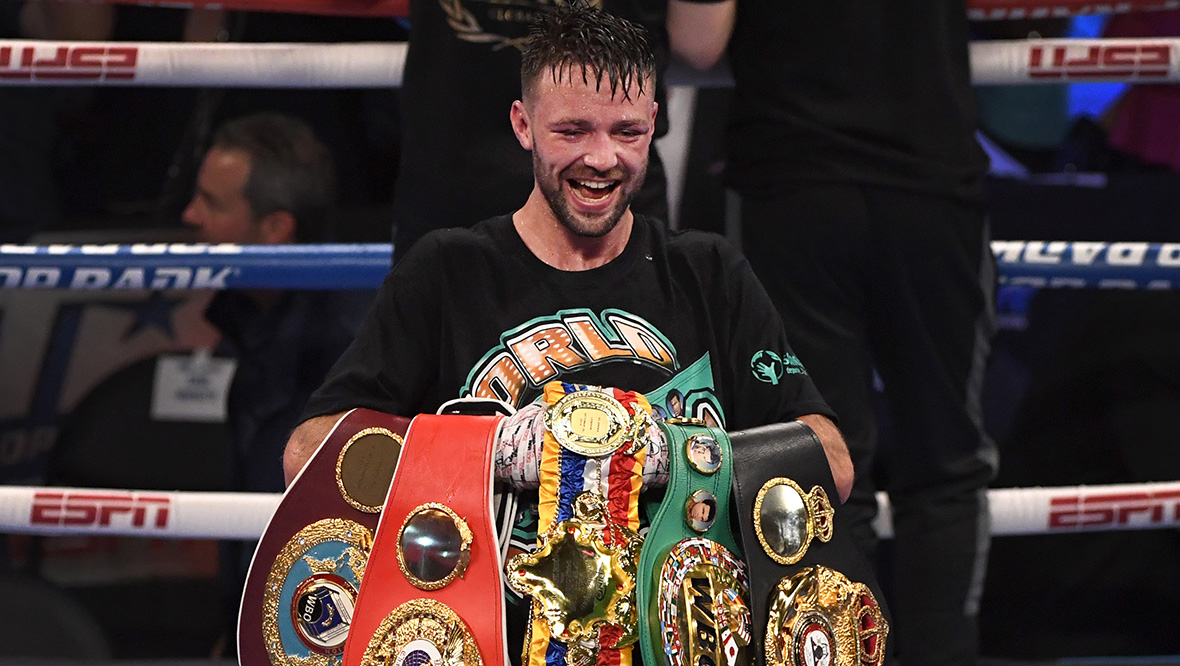 The 30-year-old super-lightweight from Prestonpans became only the fifth man to simultaneously hold all titles in a weight category since the four-belt era officially began in 2004 when he beat Jose Ramirez last month.

Steve Clarke’s side take on the Czech Republic at Hampden Park on June 14, before a trip to London to play England is followed by a final group game against Croatia in Glasgow.

Speaking at German Doner Kebab’s restaurant in Glasgow, undisputed champion Taylor targeted a trip to the home of English football.

He said: “I know someone who kind of works with the (Scotland) team and as soon as we qualified I was on to him saying, ‘get me a ticket for Wembley’.

“I am still waiting to hear back from him.

“I was in training obviously when they qualified but I still went mental in the house. I was really excited.

“Some of my friends are booked to go to London as well so if we can get those tickets it would be amazing.

“That is the next goal, to try to get a Wembley ticket, that would be class.

“It is perfectly timed for me, I have a bit of time off so I can go down and enjoy it.”

Taylor, a Hibernian fan, insists the sort of self-belief he had in getting to the top of his sport is key to Scotland putting up a good show as they look to get out of the group stages of a competition for the first time.

He said: “Self-belief. That’s what it takes, self-belief, hard work and determination.

“This is the best Scotland team we have had in a long, long time.

“We have players who are playing in the Premier League, doing well, scoring goals, so it is a strong Scotland squad at the moment and I think we have the best chance to get some good results.

“Obviously in some of the matches we will be the underdogs but I really do think we have a real good fighting chance this time.

“I would love to go to Hampden or into the changing rooms with the team before one of their games and it would be pretty cool to go out to Hampden with the belts before the first match.”

Taylor is getting used to a new level of attention since his return from the United States.

He said: “I have had a lot of messages on social media, from kids (saying) that I am an inspiration or role model, which is really nice.

“You kind of feel you are doing all this work by yourself but you don’t realise how far a reach and impact you have on people, not just in boxing or sport, but in life.

“Reading through some of the messages since I have been at home it has been pretty overwhelming and some of them pretty emotional.

“It is nice to know you have a positive effect on some people’s lives.”