Bodo/Glimt boss concerned over sharpness ahead of Celtic clash

The Norwegian champions take on Celtic in the Europa Conference League on Thursday night. 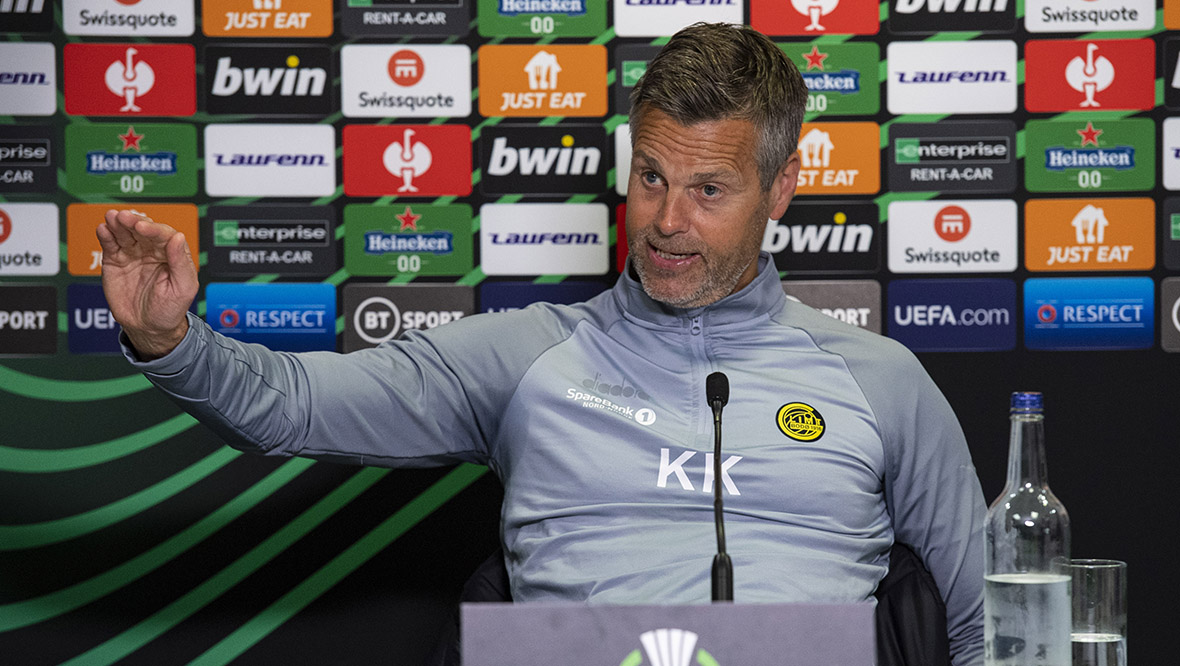 Bodo/Glimt manager Kjetil Knutsen says it’s a concern his players will be facing Celtic while still in pre-season mode.

The Norwegian side’s league campaign ended in December when they finished as champions for the second successive season.

The Eliteserien season is scheduled to begin on April 2 and Knutsen knows his side face an uphill challenge, with Celtic well into this season’s Premiership.

He said: “We know the circumstances. Celtic are in the middle of the season in really good shape. We are in pre-season. That’s the way it is.

“We have been in Spain for three-and-a-half weeks and worked really well. We have a new team, we have sold four really good players, but that’s the way it is and this is typical Bodo/Glimt, so it is not a new situation for us.

“The new players need time, but four weeks is okay and I think and hope we are competitive. I am not sure, but I hope.

“It is something to go from off-season to pre-season. We have played two games in Spain and it is different playing friendly games than playing a big game.

“We play football with high intensity and it is normal in Bodo/Glimt that we need more than four weeks to be ready to play football the way we want.

“I am pretty sure this team will be really good also this season, but this is the first real task. It is not easy to say.”