Lionel Messi and his teammates won on penalties after a thrilling 120 minutes. 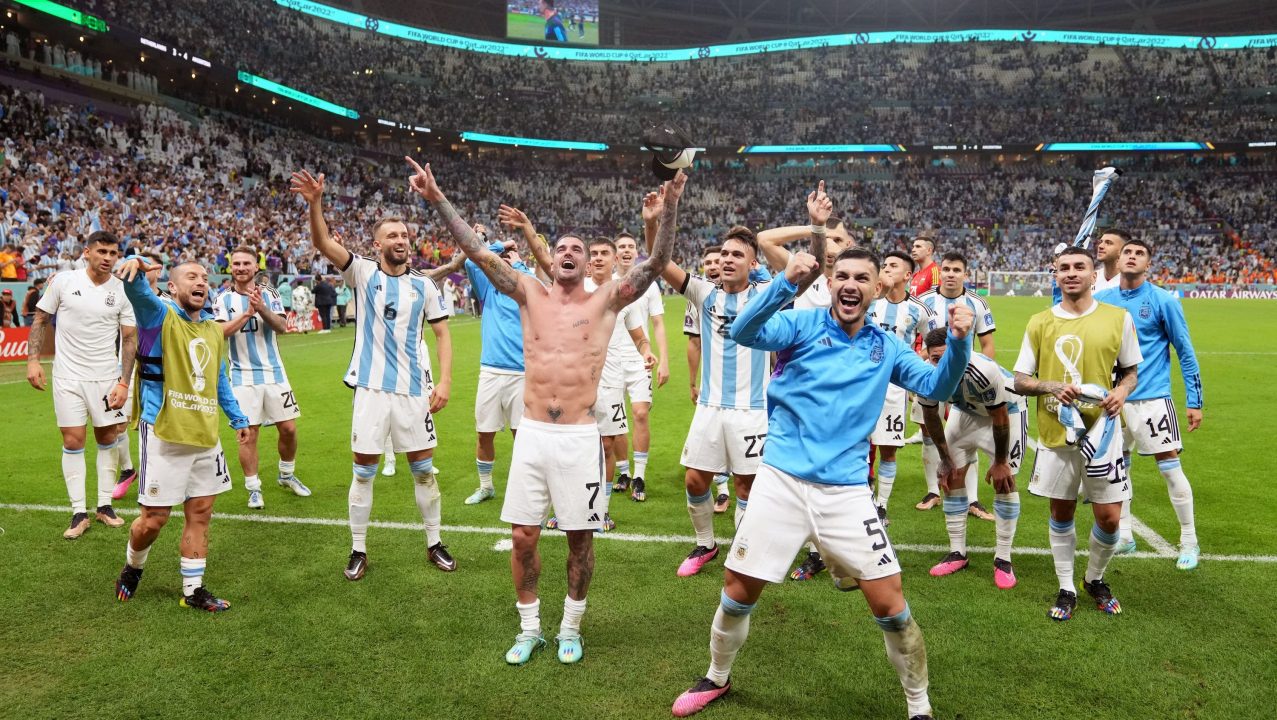 Emiliano Martinez put on a penalty-saving masterclass as Argentina beat the Netherlands in a shootout to settle a thrilling World Cup quarter-final.

After Lionel Messi lit up Lusail Stadium to score and assist, Argentina seemed to be coasting to a semi-final clash with Croatia, only for Wout Weghorst to hit a brace and seal a remarkable 2-2 draw.

Aston Villa stopper Martinez then took centre stage, saving from Virgil van Dijk and Teun Koopmeiners as the Dutch fell on penalties to Argentina in a repeat of the 2014 semi-final.

Enzo Fernandez sent his penalty wide to give the Netherlands hope as Luuk de Jong slotted home but Lautaro Martinez would thrash in the winner to send Argentina through 4-3 on penalties.

The loss was the first tasted by Louis van Gaal since he returned for a third stint in charge of the Netherlands, with the 71-year-old now retiring from management for a second time.

Messi’s magic seemed to have inspired a comfortable victory for Argentina following his fine assist for Nahuel Molina and his second-half penalty – but Burnley striker Weghorst had other ideas.

In an ill-tempered tie, Spanish referee Antonio Mateu doled out 14 cautions as the players from both sides were involved in more than one melee.

Messi’s no-look, reverse pass not only flummoxed two Premier League title-winning defenders in Van Dijk and Nathan Ake but was weighted to perfection, allowing Molina to score his first international goal before the skipper doubled the lead up with a cool penalty after Marcos Acuna – whose earlier booking rules him out of the semi-final – had been tripped by Denzel Dumfries.

Weghorst came off the bench to reduce the arrears with a header that seemingly stirred the Netherlands from an 83-minute slumber in which they had failed to test Martinez, and he was on hand to steer in a late leveller to cue bedlam among the Dutch players.

The big striker would brilliantly headed in Steven Berghuis’ cross, who then saw a wicked strike deflected into the side netting as the Netherlands rallied.

There was a feisty altercation in the closing stages, the Dutch bench erupting after Leandro Paredes smashed the ball into the dugout with Van Dijk barging him to the ground as tempers flared.

With Van Dijk and Ake joining the attack, Argentina survived a barrage of balls into their box but were undone by some fine thinking out of it.

When a last-gasp free-kick was awarded, instead of shooting, Koopmeiners rolled a pass into the area where Weghorst held off his marker to equalise.

With legs tiring, chances in the additional 30 minutes were at a premium but substitute Lautaro Martinez’s effort cannoned off Van Dijk as Argentina finished the stronger of the two.

Weghorst then unwittingly deflected a Fernandez shot just over the crossbar as the Netherlands started to struggle.

Martinez forced a fine stop out of Andries Noppert, who was beaten all ends up as Fernandez’s next effort cracked against the woodwork with the Dutch just about holding on for penalties.

Captain Van Dijk stepped up first but his effort was well saved by Martinez before Messi stroked home a simple spot-kick to give Argentina an early lead in the shootout.

Berghuis was next for the Dutch and this time Martinez’s save was even better and, after Gonzalo Montiel and Weghorst had struck, Argentina missed as Fernandez screwed his penalty wide.

De Jong kept the Dutch dreams alive only for Lautaro Martinez to fire in – Argentina succeeding where their rivals Brazil had failed earlier in the evening.