Ralston: Goal on first Scotland start is proud moment for my family

The Celtic defender netted the first goal in the 2-0 win over Armenia. 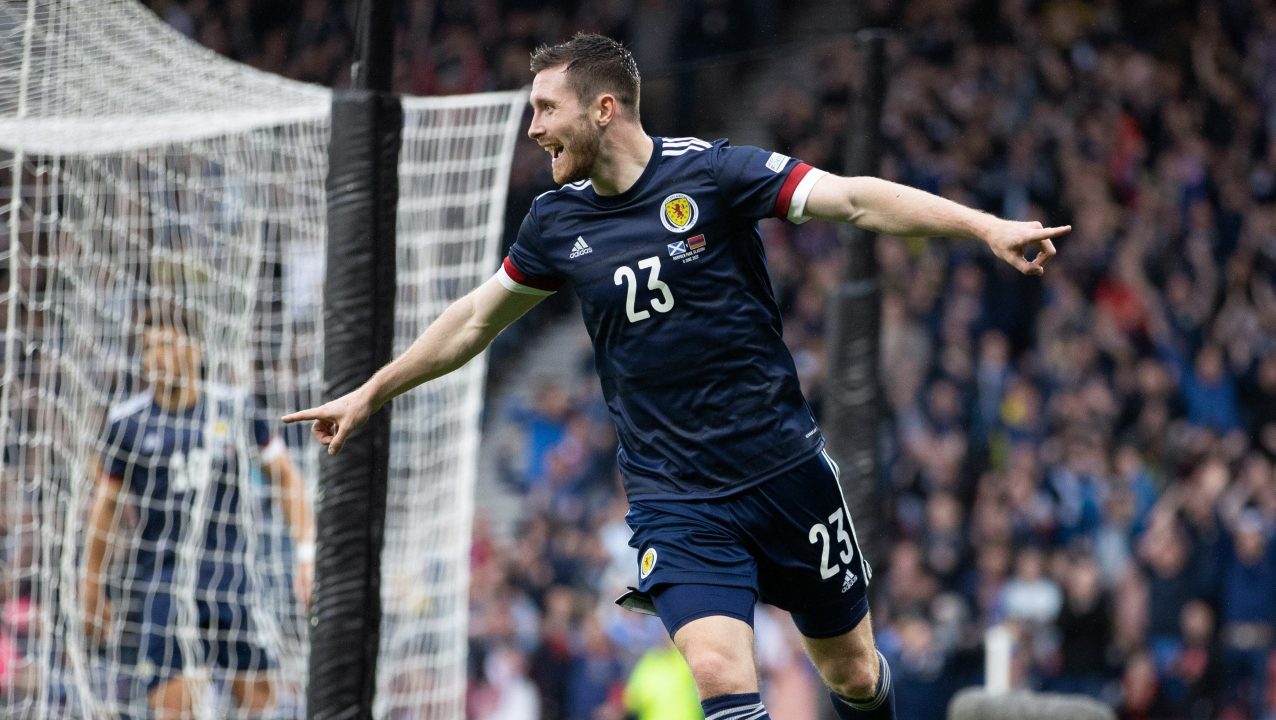 Scotland’s Anthony Ralston has spoken about his pride at netting his first international goal and now hopes the team can build on the back of their 2-0 win over Armenia.

The Celtic defender made his first start for his country in the Nations League opener and was first on the scoresheet as Scotland got off to a winning start.

Ralston said it was a special moment at the national stadium, with his family watching as he impressed in a winning team.

“You know, it’s a lot to take in,” he said. “A first start and a first goal. It’s a very proud moment for, you know, myself, my wee girl, all my family, everyone involved.

“My wee girl is just two years old but she’ll be able to watch that goal back when she’s older. It’s just a proud moment, overall.

“It’s every kid’s dream to not only play for your country one day but to score. Scoring wasn’t really on the agenda for me but now that I’ve done it, it’s a special moment.”

The full-back admitted he didn’t have total recall of his vital contribution but that he was enjoying the effect.

“It’s a bit of a blur but it feels amazing,” he said. “You know, again, this is a proud moment. I work very hard to get an opportunity and I’m delighted to be able to help the team in a positive way.

“And to set us on our way to have a good game.”

Ralston came into the team after the defeat to Ukraine last week, replacing Aaron Hickey and selected ahead of Everton’s Nathan Patterson. He shrugged off the competition for places and compared it to Celtic, saying that his approach was to work hard and be ready.

“I just take each game as it comes,” he said. “I just work hard in training and keep myself right and when the time comes and I get an opportunity to play, I give my all.

“That’s what’s got me to this stage and I just need to keep going and keep my head down. Hopefully i have Imore special moments to come in my career.”

We’ve got another game coming around the corner, so it’s just a case of recovering now as a team. We’ll get ourselves ready to go into that game and hopefully get a positive result.

We’ve given a positive result tonight off the back of a disappointing one and it’s just important that we continue that on to the next game and keep pushing in the right direction as a team.