The Celtic boss says people questioning their place in the competition have an agenda or bias. 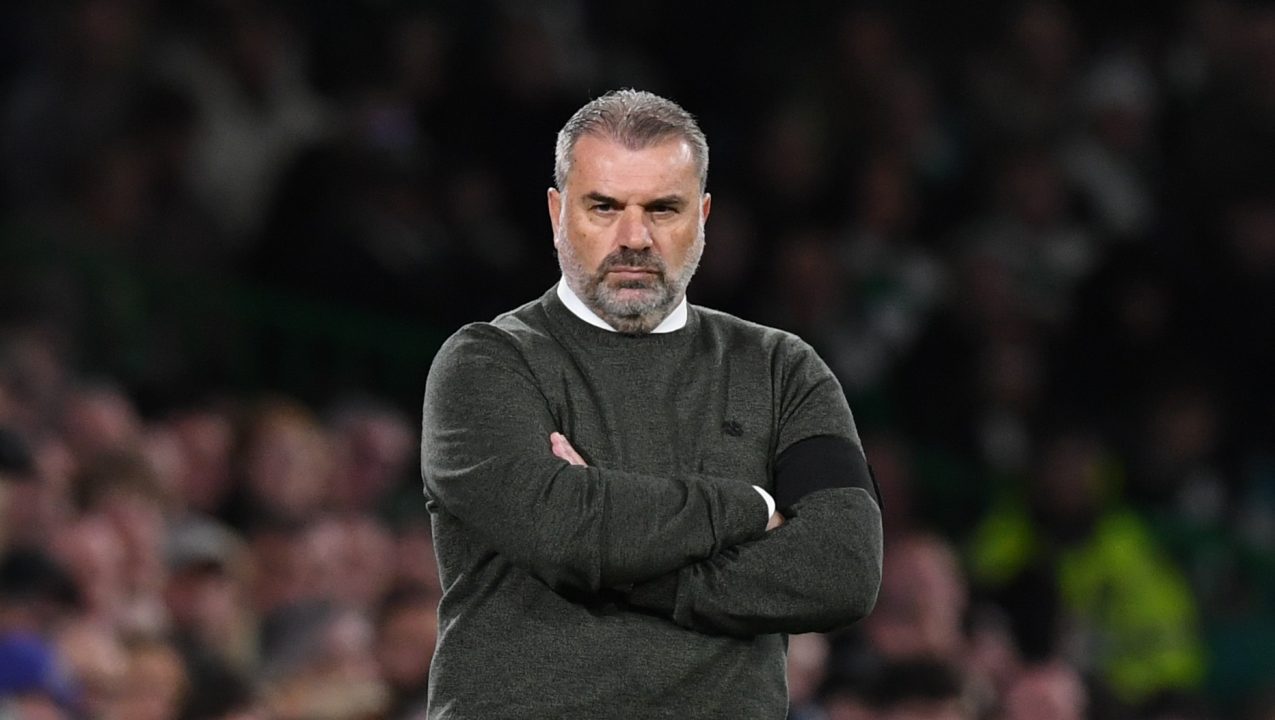 Celtic manager Ange Postecoglou has defended his side’s performances in the Champions League, saying the team needs time to learn and that anyone questioning their place has an agenda or bias.

The Scottish champions lost 2-0 to RB Leipzig in the competition on Tuesday, meaning they have just one point from four games in the group stage and with an uphill battle even to earn the consolation prize of a Europa League place by finishing third.

Celtic are back at the elite level for the first time in five years and were beaten at home by Real Madrid, then drew with Shakhtar Donetsk in Poland before back-to-back losses to Leipzig.

With the most recent defeat coming in the same week that Rangers were thumped 7-1 by Liverpool at Ibrox, and Hearts lost 5-1 to Fiorentina in the Europa Conference League, the Celtic manager was asked for his thoughts on Scottish sides’ struggles in continental competition.

When it was put to him that he would prefer to be involved and struggle than not be involved at all, and asked what positives he could take, the Australian gave a strong defence of his side’s efforts.

“As opposed to just not being involved at all?,” he asked. “So what you’re saying is that we play domestic competition and just ignore everything else?

“I get your question and I understand the whole… living here for 18 months now I’ve seen the Scottish national team go from heroes to no-hopers to heroes again.

“So I get this whole boom-bust cycle, and getting to her and the whole ‘woe is me’.

“We’re not the only country that struggles to get results at Champions League level.”

Postecoglou was clear that he believed his side had been competitive in their games so far and said that anyone who questioned their right to be in the group stage was out of order.

“I can only talk for my club but if anyone can tell me that from the four games we’ve played that we don’t deserve to be there, or that we’ve been outplayed or looked out of place, then I reckon they’re talking from an agenda or some sort of bias,” he said.

The Celtic boss also addressed a comparison with Club Brugge, who currently top their group, and Maccabi Haifa, who beat Juventus this week.

He said: “When you look at those clubs historically, do they always have those results? I’ll tell you. They haven’t.

“The longer you’re in this competition the more opportunities you have to grow and make an impact.

“You’re not going to go in there for the first time and expect that you’re going to dominate the most prestigious club competition in the world.

“I’m only talking about our club. I’m not going to talk about other clubs because they’ve got their own representatives to talk about them.

“From our perspective, we’ve earned the right to be in this competition. We know the areas we’ve come up short in and they’re the areas where we need to improve.

“But at no stage do I believe, nor any objective observer I suggest would believe, that we’ve looked out of place in this competition.”

The manager has consistently said that Celtic are learning at the top level and will get better with experience. However, he said it wasn’t possible to say when results might improve on a long-term basis, stressing that there was no substitute for playing regular games against Europe’s best.

“You can’t put a timescale on it,” he added. “No other club has. It’s about being at that level and exposing yourself and having the opportunity to play at that level on a consistent basis.

“That means having to qualify for it, and this is the first time this club has been in it for five years, so we have to qualify for it consistently, which exposes you to that level of football and every year you want to grow.

“That’s what our objective needs to be and most clubs our size, if you take away the big five leagues, the ones who have made an impact at Champions League level are consistent qualifiers for it.

“If this was our fifth or sixth year of being in the competition, then I would having a different discussion. It’s all about perspective and what you’re trying to achieve.

“This is our first time back in five years. As I said, unless people are hiding from me, I haven’t faced a press conference yet where people have said ‘Ange, you guys were totally out of your depth today, how do you explain that?’, the questions I’ve been answering have been about missed opportunities.

“I’m not going to accept people suggesting that we haven’t earned our place in this competition or somehow we have let the game in this country down by the way we’ve gone about our approach.”