The Celtic boss believes the players and fans should have had more to enjoy from the group stage experience. 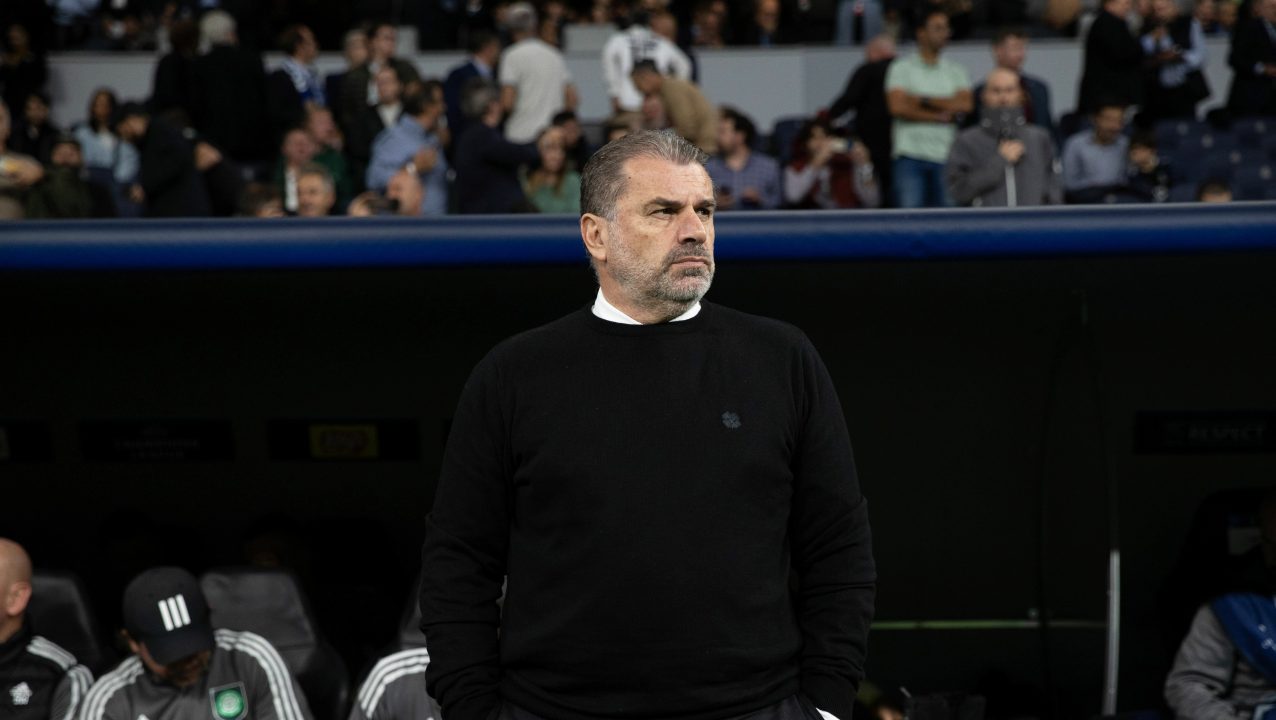 Ange Postecoglou saw his Celtic side end their Champions League group stage with defeat to Real Madrid and expressed his disappointment at not delivering more points.

The Scottish champions went into the game at Estadio Santiago Bernabeu knowing that they couldn’t progress in European competition but looking for a memorable performance and result.

While Celtic created chances and tested the holders at times, Madrid’s class shone through and after early penalties from Luka Modric and Rodrygo, they went on to win 5-1 with Vinicius Jnr, Federico Valverde and Marco Asensio all on the scoresheet before Jota netted a free kick.

“Firstly, credit to Real Madrid, they are a fantastic football team,” Postecoglou said. They have got quality all through their side and when they get the ball moving they are difficult to stop.

“We got two penalties against us early, although we created chances ourselves – the way the campaign has gone.

“To be fair the boys still dug in and at 2-0 we get our penalty. Instead of 2-1, not that it will change potentially the outcome of the game, but it will just give us a bit of belief.

“Unfortunately we didn’t take our chances and you always felt when they go forward they have the quality to hurt you and that happened.

“Conversely at the other end we created some good opportunities and haven’t managed to take them.”

Failing to take chances was a theme throughout the six games against Real, RB Leipzig and Shakhtar Donetsk. Asked if he was frustrated when he reflected on the group games as a whole, Postecogou instead sought to take encouragement from his sides’s creativity.

However, he admitted he was disappointed for the players and fans that the team hadn’t been able to deliver better results than just two draws against Shakhtar.

“I’m just disappointed for the players and for our fans. It’s a campaign that could have given the players more rewards, which I think feeds them more belief.

“It’s one of those things that if you’re continually missing chances then where do you gain the belief? You’ve got to break it somehow. I’m just disappointed they never got that because if they had, I think the game against Shakhtar away was a good example because we made great chances, if you win that game and score goals, you build belief.

“And obviously for the supporters because you saw them again tonight and they were unbelievable. We lost 5- and they’ve got every right to, I don’t think they would ever boo us off the field, but show their displeasure.

“They applaud the players off the field and I think they can see what we’re trying to do. I’m just disappointed we weren’t able to reward them more.”

Postecoglou believes his side can improve in the competition with repeated exposure to playing elite teams, though he believes there has to be development in the team and that other factors go in their favour.

“I don’t think it’s one of these things where you know, every year on year, you know, you get better because that’s not how it works at this level,” he said.

“There are some pretty good, strong credential football clubs that haven’t qualified for the next round this year.

“We’ve had some key injuries: our captain has been missing, Jota’s been missing, we had Cam (Cameron Carter-Vickers) missing tonight. For us to really make an impact, we need all those things to go together plus our players learning from their experience and taking those opportunities.

“But I’ve got no doubt that, yeah, the first job is to qualify next year and if we’re in it next year that will make more of an impact than this year.

“That doesn’t mean that it’s going to be a massive leap. I don’t think it needs to be.

“I think bridging that gap isn’t immense, but it’s the most difficult bit to get because you’re talking about scoring goals at this level. It’s not the easiest thing to do.”