The Scotland captain is aiming to help others with his new AR26 charity. 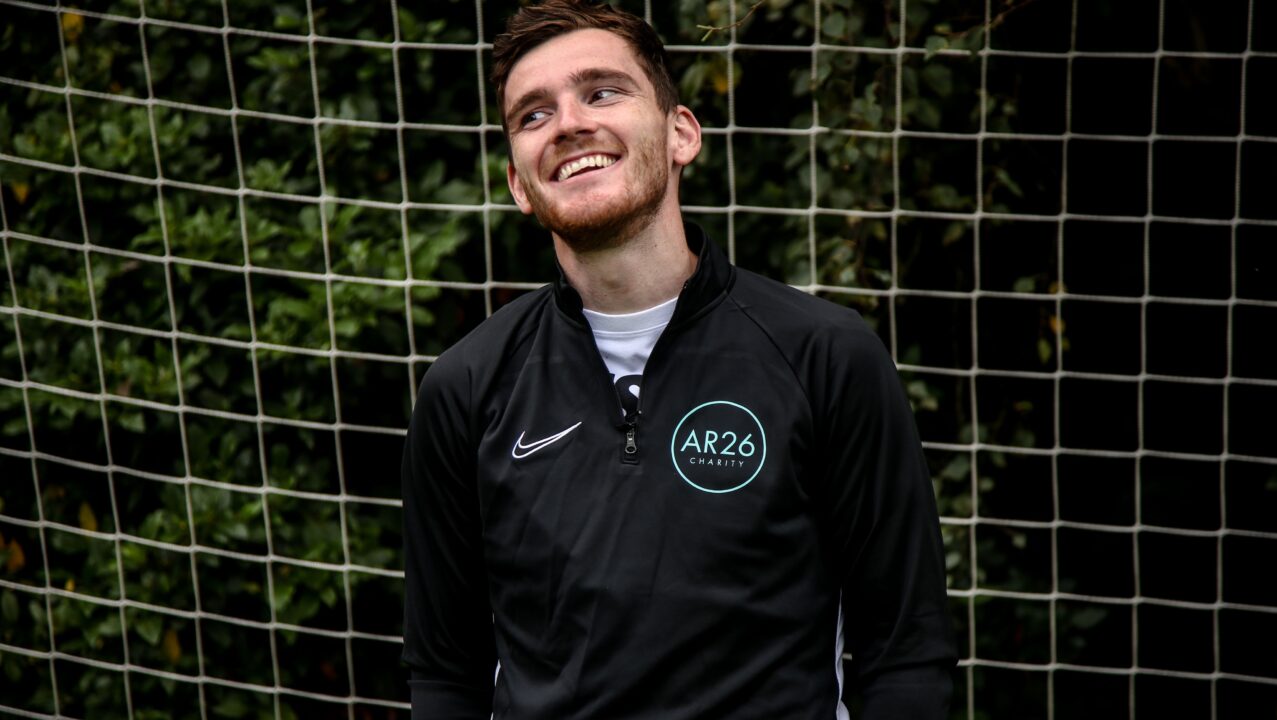 After Scotland secured a place at next year’s European championships, Andy Robertson says the next challenge is to consistently qualify for major tournaments.

England, Croatia and the Czech Republic await the Scots in the summer and Robertson says they should target reaching the knock out stages next summer.

The Scotland skipper spoke to STV as he launched his own charity, AR26, which is focused on equal access to free football, training support and job opportunities for young people in the country.

“We have to believe,” Robertson said. “There’s no point in qualifying for a tournament and saying ‘Okay, that’s the box ticked’ and not try to progress.

“The manager’s message after the game was clear: We still have a lot of work to do and a lot of progress to make.

“Look, it’s important that we’ve ticked this objective off, and getting to a major tournament is huge, but we need to go and be competitive. Having two games at Hampden is huge, hopefully with 50,000 Tartan Army behind us.

“We have got to enjoy it but we’ve also got to go as far as we can. We can use this basis to get to the World Cup and the next Euros and make it a regular thing that Scotland qualify.

While Robertson has everything to look forward to on the field next summer, when not challenging for trophies with Liverpool his immediate concern is with the launch of his charity and working to improve the lives of the less fortunate.

The 26-year-old launched AR26 with his wife Rachel intending to deliver real change for young people.

The charity, which the Robertsons developed during lockdown, has three main strands: A ‘Football for All’ programme where staff will run free training sessions to encourage a healthy lifestyle, a ‘Hope for Youths’ scheme to provide education, training and job opportunities, and a ‘Life Changing Experiences’ project that will help create memories for sick children and their families at difficult times.

“My wife Rachel and I and the AR26 team all had a good upbringing but we know some people aren’t as fortunate as that,” he said.

“If we can provide opportunities to certain families then hopefully we will make a big, big difference to those who aren’t so lucky.

“We’re trying to level the playing field and make it a wee bit fairer and that’s the aim for the charity moving forward.

“Marcus Rashford in the last few month has been inspirational to everyone but especially to us footballers. I think now people are starting to realise that we have a social responsibility and that we can make a big difference.”