Murray is through to the third round after an epic recovery in Melbourne.

Andy Murray continues to roll back the years Down Under with an another epic five-set win in the Australian Open.

The 35-year-old reached the third round after an unbelievable comeback victory over Thanasi Kokkinakis on Thursday.

At near six hours long the match is the Scot’s longest ever and his second five-set win at the tournament as he continues to show he still has the never-say-die attitude that he was famous for at his peak.

Kokkinakis won the first two sets of the second round match 6-4, 7-6 before Murray fought back to win the third in a nail biting tiebreaker.

Murray then won the fourth 6-3 and took it to the deciding set in the early hours, before clinching another famous win and a spot in the next round.

He won the final set 7-5 with the five hour and 49 minute game ending after 4am local time.

Asked how he had managed to come through the longest match of his career, Murray told Eurosport: “I don’t know.

“It was unbelievable that I managed turn that around. Thanasi was serving unbelievably, hitting his forehand huge and I don’t know how I managed to get through it.

“I did start playing better as the match went on – and yes, I have a big heart.”

He added: “I think now I am outright the (winner of) most matches coming back from two sets to love down, so I have done it before, I have experience of it and I just rely on that experience and that drive and that fight, and my love of the game and competing and my respect for this event and the competition.

Murray also took time to thank the crowd and admitted it was time for some much needed, and well deserved, rest.

He said: “It’s ridiculously late, you didn’t need to do that, but it really helps me and Thanasi in a situation like that when we have all of you creating an amazing atmosphere for us, so we appreciate that.

“Everyone, including me, I think we should all get off to bed now.”

The former Wimbledon and Olympic champion became only the tenth player to win 50 singles games at the open with his first round victory on Monday.

The Scot beat Matteo Berrittini in an epic five round match in what was his first victory over a top 20 seed since his hip operation in 2017.

And he made it 51 wins with the comeback victory over the Australian on Thursday that almost defied belief.

He is the only player to have won 50 games at the tournament without actually ever winning the trophy.

But the quest continues for the 35-year-old, who continues to roll back the years with two epic matches and two amazing wins.

Both his wins in Melbourne have lasted over ten hours combined.

Meanwhile Novak Djokovic survived a four-set battle with Enzo Couacaud to reach the third round of the Australian Open but concerns will be growing over the state of his left hamstring.

Djokovic took a medical timeout during the second set and appeared distinctly uncomfortable, grimacing and stretching, but he avoided joining Rafael Nadal and Casper Ruud in making an early exit, coming through 6-1 6-7 (5) 6-2 6-0 to set up a clash with Grigor Dimitrov.

Speaking to Eurosport afterwards, the 35-year-old said of the hamstring: “To be honest, it is not good at all. I will take it day to day.” 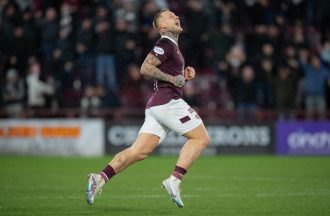