It was Murray's first victory over a top 20 opponent since his hip operation six years ago. 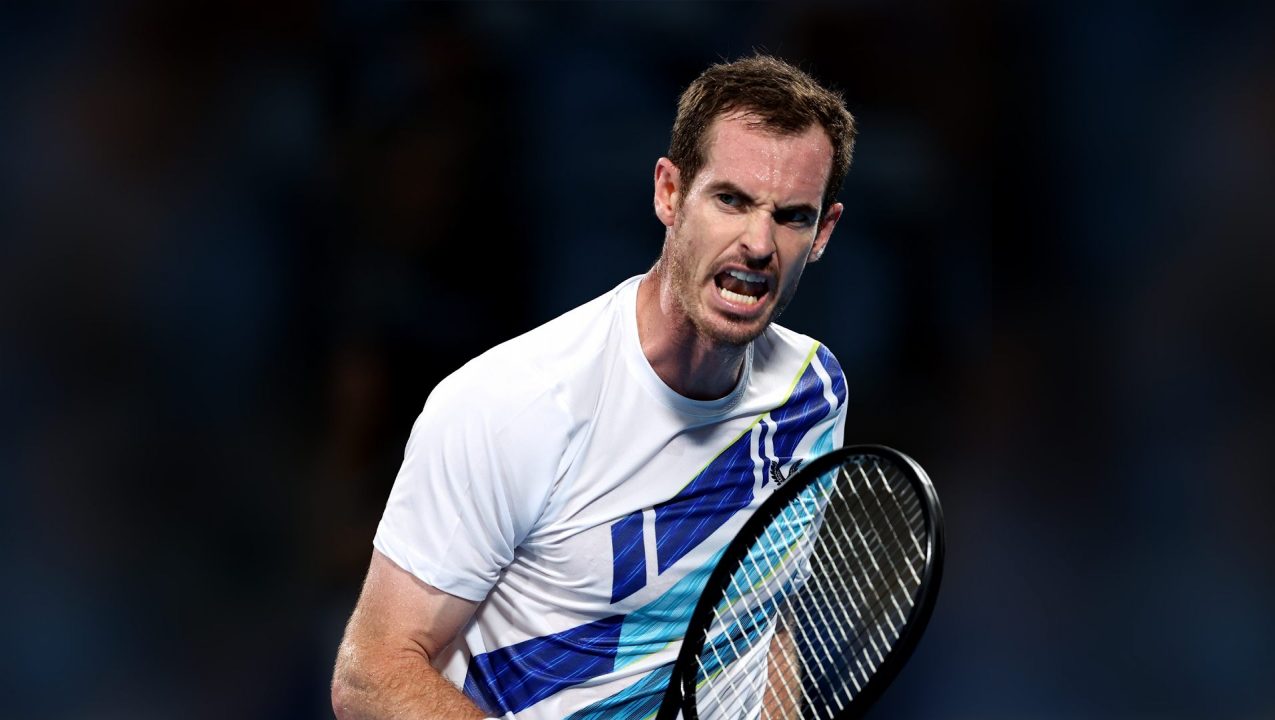 Andy Murray is through to the second round of the Australian Open after an epic win over Matteo Berrettini.

The 35-year-old former Wimbledon winner rolled back the years to beat a top 20 opponent in a major for the first time since his hip problems began in 2017.

Murray won the opening two sets 6-3, 6-3, before Berrettini fought back to level in a dramatic fourth-set tie-break.

The double Olympic gold medal winning Scot claimed the win in a match tie-breaker after four hours and 49 minutes in Melbourne.

The Italian 13th seed created a match point in the 10th game of the deciding set but dumped a simple backhand into the net with the court wide open and Murray held on to force a deciding tie-break.

A gruelling first point won by the Scot set the tone and Murray, who moved superbly, got the luck his performance deserved with a netcord on his first match point before celebrating a stunning 6-3 6-3 4-6 6-7 (7) 7-6 (10-6) victory after four hours and 49 minutes.

While such matches would have usually been contested in later rounds in his heyday, this will surely mean almost as much four years after the tearful press conference at Melbourne Park that seemed to herald the end of his career.

The former world number one spoke ahead of the match about how much better he was feeling about his game and fitness, and it was evident from the start that this was a different Murray to the player who has scrapped for wins since returning from hip surgery in 2019.

With the roof closed due to extreme heat, Murray was right on his game from the start and took full advantage of a sluggish opening from Berrettini, who made the Wimbledon final in 2021 and the semi-finals here last year and is known as one of the toughest competitors on tour.

The fourth set was decided in a captivating tie-break, where Murray was an inch away from carving out a match point with a diving volley before Berrettini, who had tightened up horribly on two set points, freed himself to take the third.

He looked in control of the decider, his serve untouchable as the pressure gradually increased on Murray, but Berettini missed his chance and the Scot held on for a deciding tie-break.

He was half way to the 10 points needed before Berrettini got on the scoreboard and, although the Italian threatened to create a grandstand finish, Murray got his moment of fortune.

He admitted late last year amid persistent problems with cramping that he had allowed his famously stringent standards regarding his physical condition to slide.

The 35-year-old was also unhappy with aspects of his game but addressed both during a period training with coach Ivan Lendl in the US during pre-season.

He confidently served out the opening set after breaking in the second game and then made the perfect start to the second with another break, sending a cross-court backhand dipping beyond the helpless Berrettini in vintage fashion.

By the time he was broken again at the end of the second set, Berrettini looked thoroughly disheartened, but, as with so many of Murray’s most memorable moments, he had to do it the hard way.