If there’s a sense of embarrassment at Pittodrie, it may be tinged with a sense of relief.

As most of Scotland took cautious steps out of lockdown and back into social activities last week, others ignored the warnings and went full throttle back to a traditional Saturday night out.

Photos of rammed bars and pubs in Aberdeen were to be seen all over Twitter and Facebook and, somewhere in amongst the noise, eight Aberdeen FC players went out for dinner and a drink.

Less than a week later, as the city finds itself back in lockdown after a cluster of coronavirus cases, two players have tested positive, six more are in isolation, one Premiership match has been postponed, and the game is on warning that it’s only back in business for as long as everyone toes the line.

This isn’t quite Scottish football’s road trip to Durham, but it’s a stark reminder that the framework that allowed the season to kick off with some drama last weekend is a fragile build.

The 2020/21 Premiership season began last week behind closed doors and only after a raft of changes and a lot of talking. The return to training was the first step when the Scottish FA, the SPFL and the Scottish Government agreed strict rules and protocols, and competition was allowed after the new regime of distancing, disinfecting and regular testing had bedded in.

The SFA and the league may have been responsible for ensuring that clubs took all the necessary precautions, but it was Holyrood that gave the go-ahead for games.

Anyone who heard First Minister Nicola Sturgeon describe the behaviour of Aberdeen’s players as “completely unacceptable” on Friday, and noted her reminder that the situation was created “not through bad luck but clear breaches of the rules” would have been clear that all the preparation and care would count for nothing if another slip-up was to happen.

The gravity of the situation isn’t lost on Aberdeen. Chairman Dave Cormack, who’s been a high-profile voice of concern about the financial impact of the pandemic on clubs and their communities, has apologised to the health and football authorities as well as their fellow clubs. He has stressed the work that has gone into following health advice at Pittodrie and the club’s training base but also promised a review and a renewed focus on adhering to the guidance.

Saturday’s match against St Johnstone was initially approved by a clinician and set to go ahead before a late U-turn by the Scottish Government. The game was postponed on Friday morning and Cormack was grateful to be allowed the chance to play at a later date rather than forfeit valuable points.

Dons manager Derek McInnes shares that feeling but spoke of his frustration at being without so many first team players for the next two games. Understandably, he said he feels anger and disappointment with the players but he also showed understanding.

McInnes accepts the players’ explanation that, having been in each other’s company as part of a “bubble” that allowed them to train and play, the players believed the same rules applied when out in public. Return To Training protocols say they have to observe all public health guidelines and with more than three households meeting outside, there was no argument that rules have been broken.

The players are remorseful, chastened and fully aware of what is expected of them, he said. But he was also clear where responsibility lay. “We can control the work environment,” he said. “But when the players leave here we are trusting them to show some common sense and be as vigilant as they are here”.

If there’s a palpable sense of embarrassment emanating from Pittodrie, it would be understandable if it was tinged with a sense of relief. The public dressing down and the loss of players for two games  notwithstanding, the outcomes could have been worse.

The bubble burst because of individuals’ behaviour outside of the club, not from the facilities at Cormack Park or guidelines or protocols and, as Cormack noted, the clinician reporting to the Joint Response Group had no issue with the club’s procedures and would have been happy for the Dons to play this weekend.

They won’t, of course, and SPFL secretary Iain Blair had warned of the impact of postponements when releasing the season fixtures. The rescheduling of the St Johnstone match has been worked out without serious disruption. Working out a schedule that could accommodate a full league programme along cup, European and international fixtures, Blair had noted that there was only one free week in March to play postponed games without putting undue stress on clubs.

This postponement has come so early that it could be quickly rescheduled for August 20, before UEFA qualifiers and Betfred Cup games start filling the calendar.  An outbreak and call-off even a couple of weeks later in the season would have put serious strain on the fixture list and affected the potential for teams to play all their games in time.

Clubs are desperate to get to the point where supporters can return to grounds and while the incident has highlighted that covid is still a clear and present danger, there’s no immediate sense that this has been a major setback when it comes to eventually opening the doors again.

Reaching that point will only be possible if there’s no repeat of the Aberdeen incident and if all clubs follow the procedures that have been working well since players emerged from lockdown in June. Asked for his reaction to the news, Celtic manager Neil Lennon said it should sharpen focus for everyone involved.

“It’s a reminder to all the players and the staff that we have to be on our guard all of the time and follow the protocols in the right way,” he said. “We’ve had a long layoff from football. Nobody wanted that and we certainly don’t want to go back to that.”

'Rangers are like a mixture of West Ham and Barcelona' 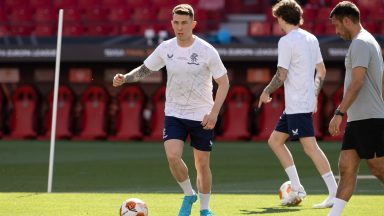 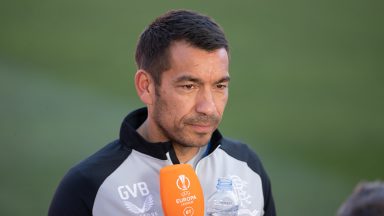 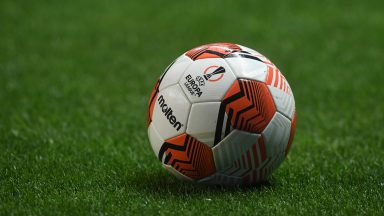 How much money will Rangers earn from their Europa League journey? 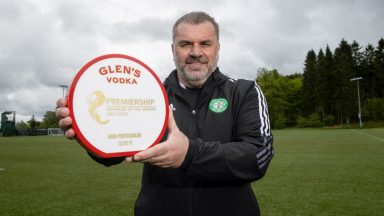 Celtic boss Ange Postecoglou named as Manager of the Season