Alonso aims to bring Pochettino and Koeman style to Celtic

The Celtic women coach says the newly-professional team are working to challenge for the title. 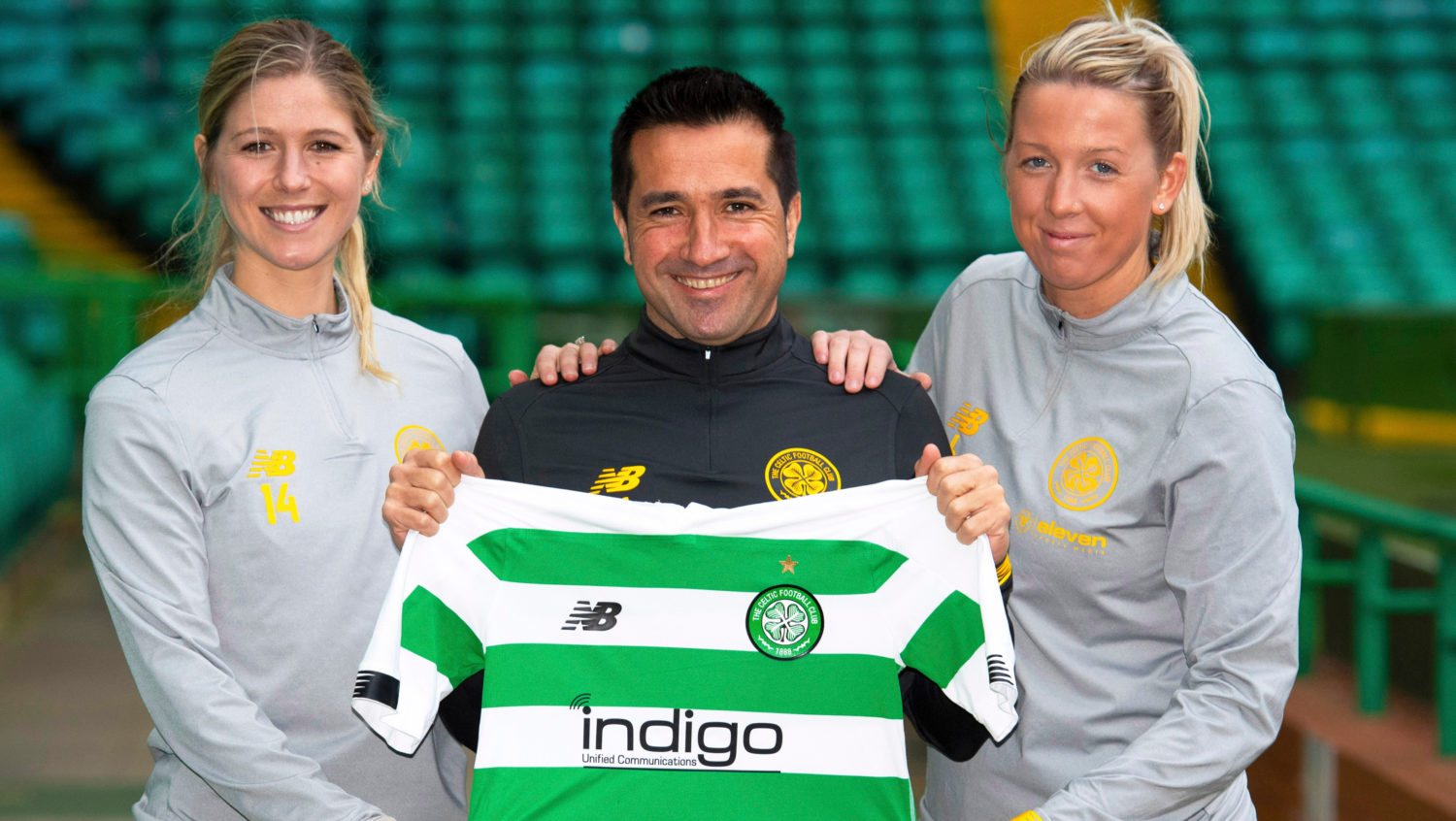 New Celtic Women’s boss Fran Alonso intends to introduce an attractive attacking style of play as he works to help his new side challenge for the title.

Alonso takes over as the team turns fully professional and aims to to deliver silverware.

The new manager said he was excited to get started and revealed he had head a lot about the club from players he worked with in England.

“It feels great,” he told STV. “I’m really proud and thrilled about everything.

“Celtic is one of the biggest and oldest clubs in the world. A very successful club.

“I have previous experience with many male former Celtic players I worked with and everyone talked wonders about the club. Now I see it for myself and I see that they are right.

“I worked with many. Fraser Forster at Southampton., Danny Fox, Jos Hooiveld, Victor Wanyama, Virgil van Dijk all signed for Southampton from Celtic when I was there.

“The first player to congratulate me on getting this job was Victor Wanyama.”

The Spaniard built experience as assistant to Ronald Koeman at Southampton, where he also coached the women’s team, and at Spurs as technical coach for Mauricio Pochettino. He said he’s drawn knowledge form both that he will be putting into practice in Glasgow.

He said: “Mauricio, I think, his man-management is unreal because he’s not only a top coach but he’s also a nice guy. I could see how he deals with players and he has a very clever and unique way and I try to be the same.

“Working with Ronald Koeman was one of the greatest experiences of my life. He came from a team that surprised the world with great football at Barcelona learning from Johan Cruyff.

“Those two I try to incorporate in my own playing philosophy. I’m extremely passionate about it. It’s what I hope I can bring here.

“I’m sure the girls will be as passionate as I am about it because it’s a beautiful way of playing.”

Alonso knows that a successful senior men’s side is not always an advantage to building a women’s side but he believes that Celtic can deliver. With Glasgow City having dominated the domestic scene for over a decade, he knows the challenge is huge but believes Celtic will reach the pinnacle of the Scottish game.

“We want to win the title. We know it will take time, a lot of work and tough times but we want to be title challengers. If not this year then we come back next year.

“We have the tools and we want to make sure that we can fight for it. That’s our goal.”

New Celtic signing Sarah Teegarden said she was thrilled to join the club and she believes that the step up to professional status can be massive for the club.

“I think that’s huge,” she said. “There’s been a lot of countries and teams that have tried to go professional over the years.

“You need the infrastructure. Players and coaches and staff are part of that but to have the Celtic name and the men’s side and fans to support us is huge. That’ll be a lot of fun.”