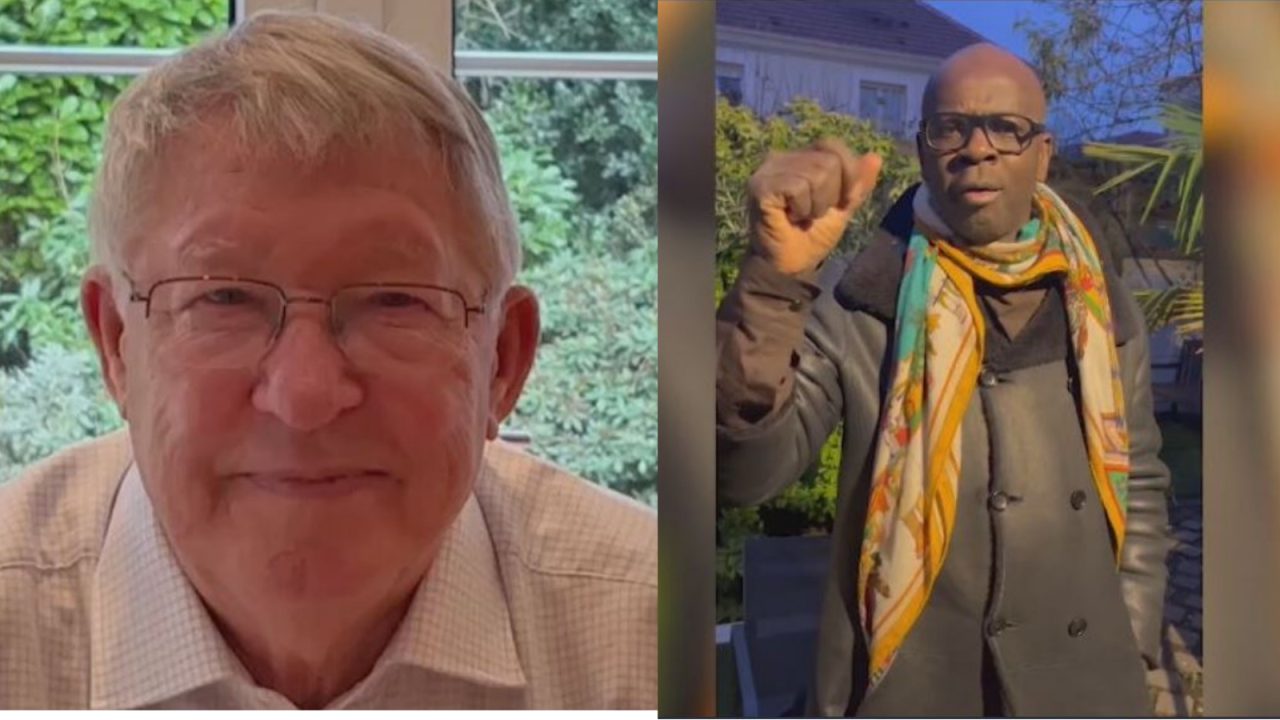 A host of well known names across the sporting world have been sending their best wishes to University of Stirling Football Club ahead of their historic Scottish Cup match this weekend.

Chris Geddes’ team is the first university side to reach the last 32 of the Scottish Cup in more than 50 years.

Ferguson, who won 38 trophies as a manager in Scotland and England’s top flights, said: “I just want to wish you all the best. What a challenge it is to you, and I hope you enjoy it.

“You’ve every chance in the Cup, and I wish you good luck.”

The 81-year-old, who managed Scotland at the 1986 World Cup, received an honorary degree from the University in 2011 in recognition of his outstanding contribution to sport.

Thuram, who was central to France’s World Cup win in 1998, is also an honorary graduate of the University, having been recognised in 2019.

In a short film collated to wish the team luck, he said: “Congratulations! We need to win against Dundee United. We are the best! You are the best! Come on Stirling, let’s go!”

The messages landed with the squad as they secured their third consecutive British Universities and Colleges Sport (BUCS) Premier North Division title.

Geddes’ side were crowned champions on Wednesday afternoon after an action-packed 3-3 draw with Durham University.

Curler Muirhead, who received an honorary doctorate in 2018, said in her message to the players: “I just want to wish you all the very best of luck on Saturday against Dundee United. You’ve got this far, and you can go further, so play well and have a great, great game.”

Swimming star Murdoch, who graduated from the University in November, said: “I’m chuffed to see how far this team has come along.

“Fourth round of the Scottish Cup, best of luck. This is a team that’s already made history – so you’ve got nothing to lose.”

Speaking from Melbourne, Judy Murray sent her best wishes and those of her tennis star sons, Andy and Jamie. She said: “Sending a massive good luck to the Stirling Uni football team with your clash with Dundee United in the Fourth Round of the Scottish Cup.”

Vipond, a former presenter of BBC football show Sportscene, also wished his local team well, saying: “What you’ve achieved so far this season has been absolutely sensational, and I know that this weekend is going to be incredible for you.”

Honorary graduate and local man Sir Craig Reedie, the former chairman of the British Olympic Association and ex-president of the World Anti-Doping Association, said: “I send my congratulations to the football team on a great season – and every bit of luck for their coming big match.”

The messages come just days after former Scotland boss Craig Brown, whose grandson and namesake played for the University side between 2017 and 2021, said: “Everyone loves a shock, and everyone loves the underdog – so, as the underdog, University of Stirling hope to win this match, and I dearly hope they do; it would be a terrific achievement.

“All the very best lads – and good luck on Saturday.”

More than 1,000 supporters – students, staff, alumni, and members of the local community – are expected to descend on Dundee for this weekend’s match, with local supporter Gordon Mackay, a world-renowned sports surgeon who runs The Mackay Clinic, putting on a fleet of buses for those travelling north.

Tickets are still available for the match from the Dundee United away website and can be purchased up until kick-off, as they are issued electronically.