Agreement reached for conclusion of League One and Two

Teams in the lower league will now aim to play out a 22-game season.

Agreement has been reached over a plan to complete the League One and Two seasons, with all teams to play a 22-game campaign to settle titles and other prizes.

Clubs and the SPFL have been in detailed discussions after the lower leagues were given the go-ahead to train and then resume playing, with proposals tabled to allow for a shortened season.

It had been generally accepted by clubs in League One and League Two that the planned 27-game season was no longer a viable option after the coronavirus pandemic halted action on January 12.

STV has learned that clubs have now settled on a return to playing from March 20 with a goal of completing 18 games each by April 23. That could involve some sides playing up to four games in the space of a week but there is belief that a strict schedule can be kept to.

If all clubs can reach that milestone, the leagues would then split into a top five and bottom five, playing the remaining four games to decide on final league positions.

From there, play-offs would be played to settle promotion and relegation between the Championship, League One and League Two.

If clubs can’t reach the 18-game mark by April 23 then the season will end at 18 games when all clubs complete their allocated fixtures.

All games will have to be played around the remaining Scottish Cup games, with the flagship cup competition to resume this month.

Second round ties will be completed on Tuesday, March 23 before the third round – featuring Premiership sides – takes place on April 3.

The final will be played at Hampden on May 22, after both semi-finals on the weekend of May 8.

Gang who forced way into homes and assaulted residents hunted

Hibernian set to name Lee Johnson as their new manager

Nir Bitton delighted to be leaving Celtic on a high 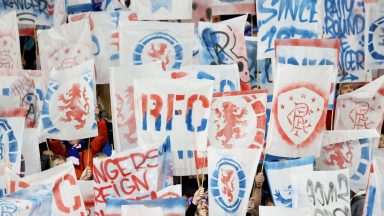 Road to Seville: How Rangers reached the Europa League final 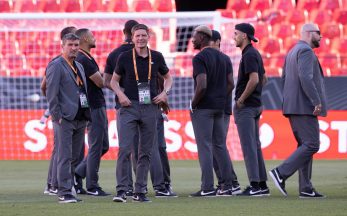 Who are Eintracht Frankfurt? Your guide to Rangers' opponents