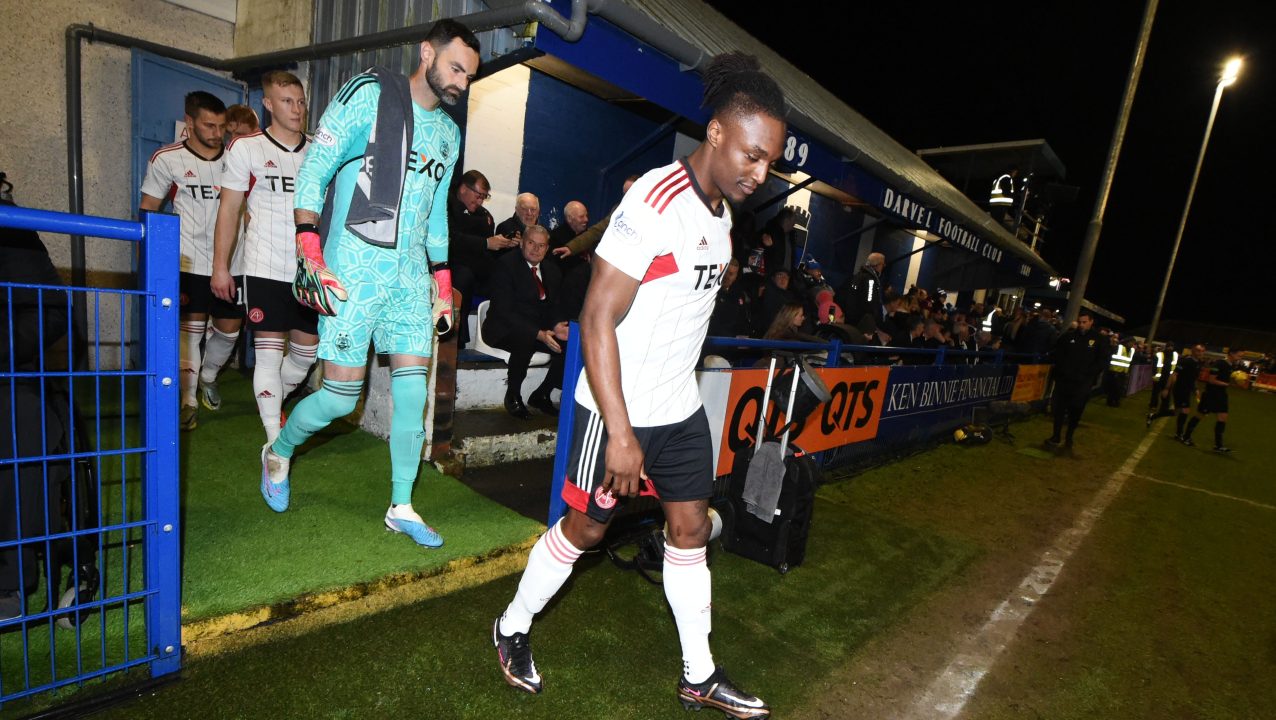 Aberdeen captain Anthony Stewart admitted the players ‘let everyone down’ as they fell to a shock Scottish Cup defeat to Darvel.

The sixth-tier side took the lead against their Premiership opponents through a first-half Jordan Kirkpatrick goal and then held off Aberdeen in the second half to record one of the all-time giant-killing results.

With manager Jim Goodwin admitting the result was embarrassing, and seeing his own position under scrutiny, the spotlight also fell on the players, who have added a headline defeat to a list of disappointing results this season.

Asked if the team and manager would be able to recover from the blow that such a defeat brings, Stewart was adamant they could.

“And that’s we’ll show in the future.”

The defender, who admitted the result was his lowest point in football, was frustrated by the fact his side had looked strong against Rangers just eight days ago but then lost 5-0 to Hearts and 1-0 to non-league Darvel.

“Yeah, it’s consistency,” he said. “Consistency is a big thing in football.

“We can’t do it on one game and not do it for three games after. We’ve got to do it day in, day out, the way we live away from football and in football, on the training pitch, you know.

“Not everything’s a joke. We’ve got to take things seriously. And there’s careers and lives that rely on this and we’ve let everyone down.”

With Goodwin’s future thrown into doubt, Stewart said that the players should be taking the flak and needed to show that they are accountable.

“He’s given us everything we could have asked for. And as players, we’ve got to take full responsibility and we can’t keep coming out here and feeling sorry for ourselves. We’ve got to roll our sleeves up and go again.”