The Dons boss is under pressure after following four defeats with a 0-0 draw. 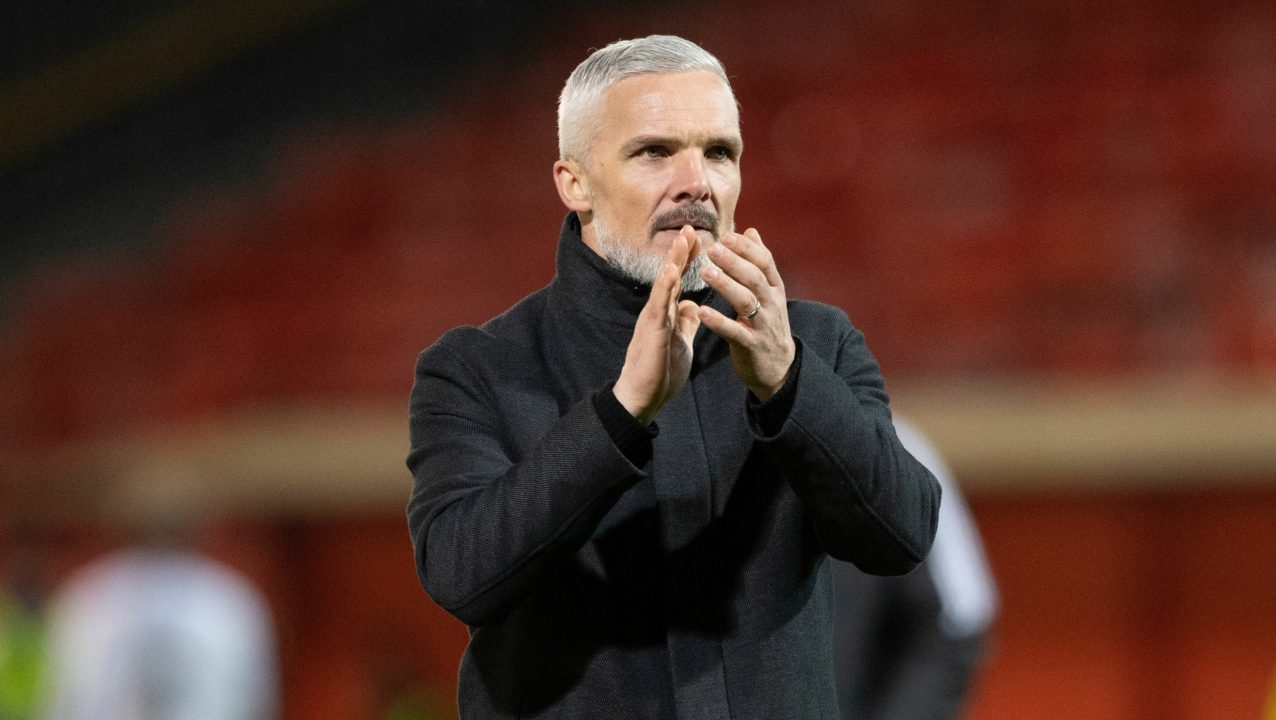 Aberdeen manager Jim Goodwin admitted he was aware of fan frustration after the Dons drew 0-0 with Ross County but insisted he knew what to do about his side’s poor run of form.

Goodwin had seen his team lose four games on the bounce before the stalemate at home with a County side sitting bottom of the table.

Supporters voiced their anger at the end of the game at Pittodrie and Goodwin said he could understand why they felt the way they did.

However, the manager said he had seen a big improvement in performance and thought Aberdeen deserved to take more than a point from the game.

“Well, listen, we recognise, obviously, the fans frustration,” Goodwin said. “As I said, you know, we feel it as well.

“Supporters up and down the land, they’re all very similar. You know, when the teams are winning, they’re happy with what they’re seeing. And when the teams aren’t winning and aren’t picking up points, then they’re not long in letting you know about it.

“So our supporters are obviously showing their frustration and disappointment at the end of the game. I hope it’s not aimed towards the players because I think the players showed a lot of commitment and effort. But imagine it’s more aimed my way, which is, you know, which is part and parcel of the game. You know, that’s that’s the game we’re in.

“Ten, 12 weeks ago, we were all walking about with our heads held high and chests out, so getting lots of pats on the back because we were playing really well and scoring freely here at Pittodrie. Of late, since after the World Cup break, we’ve not picked up enough points. It’s as simple as that and that’s the industry that we’re in.

“But I certainly won’t panic. You know, that reaction at the end doesn’t faze me.”

Goodwin insisted he had a plan and was confident he could turn things around and that there was plenty of potential for the team this season.

“And I think if you look at, you know, where we were this time last season as opposed to where we are now sitting fourth in the table with a cup semi-final to look forward to. I think we’ve made progress, probably not as quickly as what some people would like, because there is a real lack of patience in society.

“Now, as we know, everybody wants instant success and instant returns. But the reality is there’s always 11 other players in the opposition trying to stop you doing what you want to do.

“We gave it a go today, unfortunately, just wasn’t good enough to get the win that we needed.”