Yellow weather alert in place as 'thundersnow' sweeps across Scotland

Met Office warning for snow and lightning in place for most of mainland Scotland until 8pm on Thursday evening. 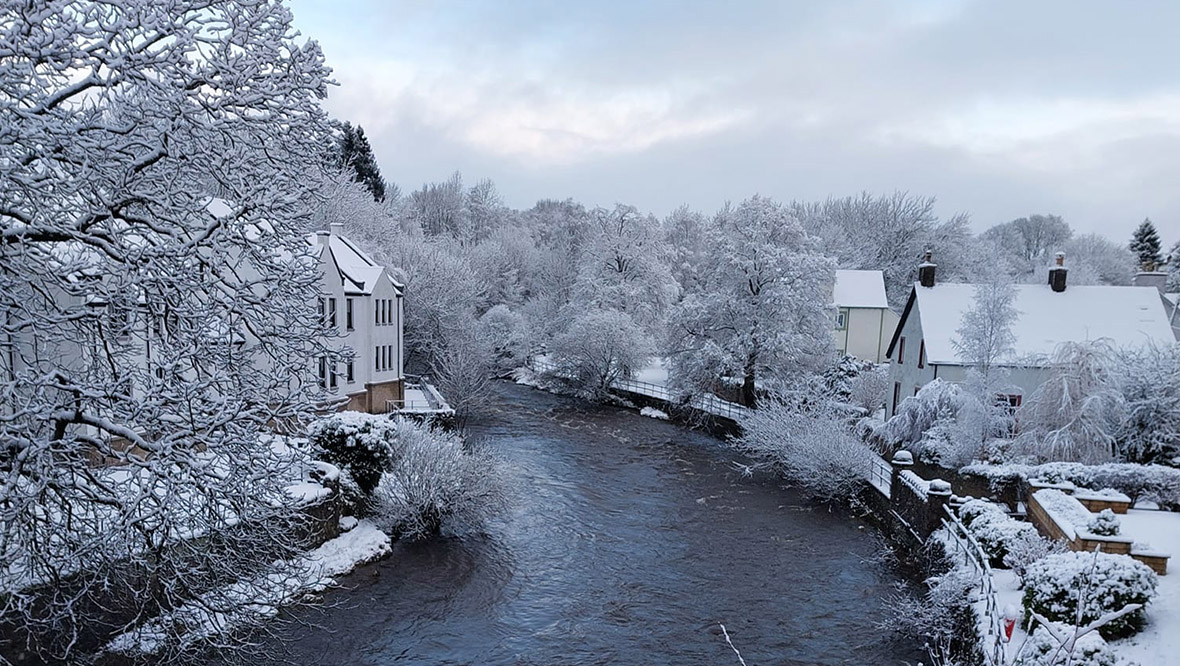 Many areas of Scotland are experiencing ‘thundersnow’ and yellow weather warnings remain in place until Thursday evening.

The warning for snow and lightning applies to the majority of mainland Scotland until 8pm.

The Met Office says there is a ‘small chance of injuries and danger to life’ due to lightning strikes, with the potential for rural communities to be cut off and power lines and mobile signals affected by the weather.

A separate yellow warning for snow and ice across much of mainland Scotland is in place from 8pm on Thursday until 9.30am on Friday morning.

Public transport may be impacted during the stormy conditions, with motorists urged to take care on roads.

However, the colder air turns the rain into snow showers, with up to 20cm of snow expected in higher areas.

Forecasters say heavy snow showers are expected, along with very gusty winds and a chance of frequent lightning affecting some places.

On the roads, Traffic Scotland said snowy conditions are affecting much of the central belt, the A9 around Slochd in the Highlands and the A90 around Dundee, and urged people to drive according to the conditions.

Bear Scotland North East Trunk Roads reported heavy snow on the A9, M90, A92, A90, A95 and A96 and said gritters have been out continuously overnight through “challenging conditions”, with 24 gritters and 10 tractors still out on the network.

Police Scotland tweeted: “Warnings are in place for much of the day. Please be prepared and drive according to the conditions if you are travelling.”

In Perth and Kinross, 10 schools are closed due to the snow while more than 20 schools and nurseries are shut in the Highlands, and in South Lanarkshire many delayed opening until 10am due to the adverse weather conditions.

Rail and ferry travel has also been disrupted by the weather.

ScotRail tweeted that blanket speed restrictions were in place until 8am between Falls of Cruachan and Taynuilt, between Ardgay and Lairg and between Pitlochry and Blair Atholl.

Ferry operator Caledonian MacBrayne said some services were liable to disruption or cancellation at short notice due to the weather.

A warning issued by the Met Office warning states that in some areas, 3-7cm of snow is likely to build up, even at low levels, while on higher ground some places could see 10-20cm.