Sam Ross, from Glasgow, said she has lived a normal life with Down's syndrome but has felt the impacts words can cause. 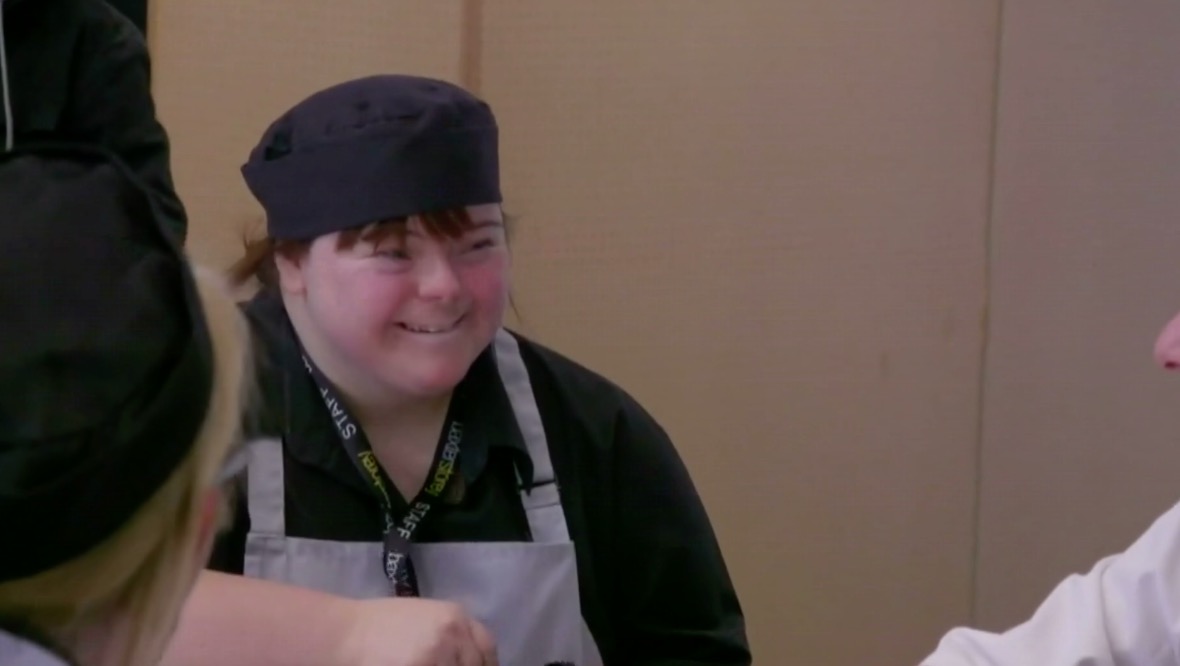 A woman with Down’s syndrome has thrown her support behind a campaign to end the historical misuse of the word ‘Mongol’.

As reported by STV News previously, the slurs ‘mongol’, ‘mongoloid’ and ‘mongolism’ are to be removed from the Oxford Advanced Learner’s Dictionary following a campaign by a Scottish-based organisation.

The words, which are often used as derogatory terms for those with Down’s syndrome and learning difficulties, will be erased from the digital dictionary as well as any future print editions.

The entry for Mongol – with a capital M – will however remain online and within the print edition, where it appears in reference to people of Mongol origin and the culture.

Sam Ross, from Glasgow, told STV News that she has lived a normal life with Down’s syndrome, but has felt the impacts words can cause.

The full-time caterer and campaigner said she hopes for a more equal future.

She said: “I feel sad, and I feel angry and hurt.

“My name is Sam. Just call me Sam.

Oxford University Press agreed to remove ‘mongol’, ‘mongoloid’ and ‘mongolism’ after being contacted by Mongol Identity.

Uuganaa Ramsay, 43, founder and director of the Scottish-based non-profit organisation, said: “Just like Scot or English or American or Japanese or Chinese, you know, [Mongol] is a normal word.”

Within the Oxford Reference online portal, ‘mongol’ is described as “now unacceptable and considered offensive”.

Speaking about the slur word, Ms Ramsay added: “This is outdated and old-fashioned, so people should move on to the 21st century – not the 19th century.”

To mark International Day of Education last month, the group launched a campaign for improved dictionary definitions to help counter racism and discrimination against people with disabilities.

In response, Ella Percival, head of communications for the academic division of Oxford University Press, said: “All of our dictionaries are driven by evidence of how language is used in daily life, taken from a vast range of real life sources.

“Having reviewed the evidence for the words ‘mongol’, ‘mongoloid’, and ‘mongolism’, we have decided to remove the terms from the Oxford Advanced Learner’s Dictionary.

“The terms are no longer widely used and therefore not helpful to current learners of English.”

Award-winning author Ms Ramsay, who was born in Mongolia but now lives in Scotland, started writing and campaigning in 2010 following the death of her son Billy, who had Down’s syndrome.

Alongside fellow activists, she hopes Mongol Identity will help to protect and promote the human rights of people affected by hate speech.

Speaking to STV News previously, she said: “Our goal is to specifically address the ways in which the Mongol ethnicity and culture are represented in the media, to minimise the stereotypes and cultural myths that are created.

“More than just get a say in the word, we would like to remind people of the Mongol contribution to world history and retell the modern Mongol story.

“We will share the stories about Mongol world and modern voices through arts, education and social awareness.”