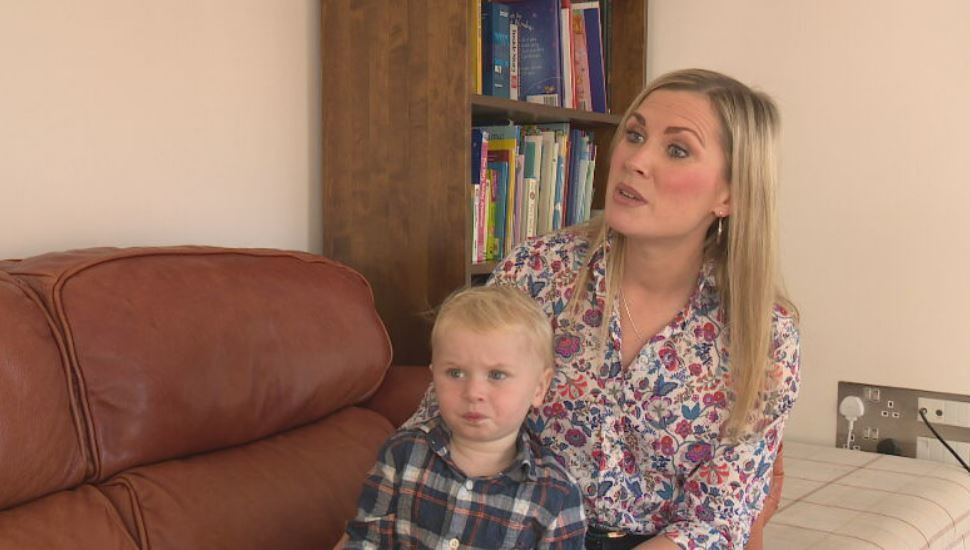 A woman who watched her baby son suffer with dairy and soya allergies has welcomed the introduction of Natasha’s Law in the UK.

Kirsty Dingwall, who struggled to find a suitable alternative for young Joshua, now wants to help make life easier for those with similar issues through her gluten free food store.

She launched Angelic in 2012 after finding out she had food intolerances but was left dismayed at quality of the snacks on offer.

However, the issue was to take even more importance in her life after Joshua developed a milk allergy just before turning one and a soya allergy shortly after.

She said: “He went through a really difficult time, lots of stomach pains and he wasn’t gaining weight and just wasn’t thriving.

“It took a bit of time for us to work that out but once we got it sorted we seen a great improvement in him.

“It’s quite challenging, (to find a substitute for milk/soya) and often what you find is that products that have replaced dairy very often have replaced it with soya.

“We found that generally, his wellbeing was suffering, he wasn’t very happy in himself, so we found it difficult even getting food that would cater for him.

“It was a challenging time, but gradually through looking at various support networks we managed to find enough information to help us get through.”

Ms Dingwall now gives her son oat milk and she says that has made a huge difference in her life.

She said: “He is doing well now, he is much happier and much more content which makes life so much more easier for us, as a family living with allergies.”

After being left frustrated by products saying they ‘may contain’ a certain ingredient she made sure that Angelic never had the same problem.

She said: “We make a range of top 14 allergen safe products, so basically we remove the ‘may contain’ banner that so many products come with.

“We cater for those who live with multiple allergies, there is a growing number of people in the UK living with allergies and our mission is to make life easier for them.”

Natasha’s Law, which came into force on Friday, requires all food outlets to provide full ingredient lists on pre-packaged products such as sandwiches, cakes and salads.

It was brought about after the death of Natasha Ednan-Laperouse who died after eating sesame in a baguette despite no specific allergen information on the packaging.

And Ms Dingwall says it will make a big difference to so many people who “deserve greater choice and transparency”.

She said: “I think that Natasha’s Law is going to be a great force for the allergy community, it’s going to give consumers a more informed choice when they are purchasing products.

“Packaging is going to be more transparent, which they deserve, and I think overall it is going to make life so much easier for families living with allergies.

“People now have a voice and they are speaking out and I think rightly so, these consumers deserve greater choice and more transparency.”