'Why do we still have foodbanks in 21st century Scotland?'

Rev Sally Foster-Fulton, who has led anti-poverty charity Christian Aid, has been appointed the new moderator of the Church of Scotland. 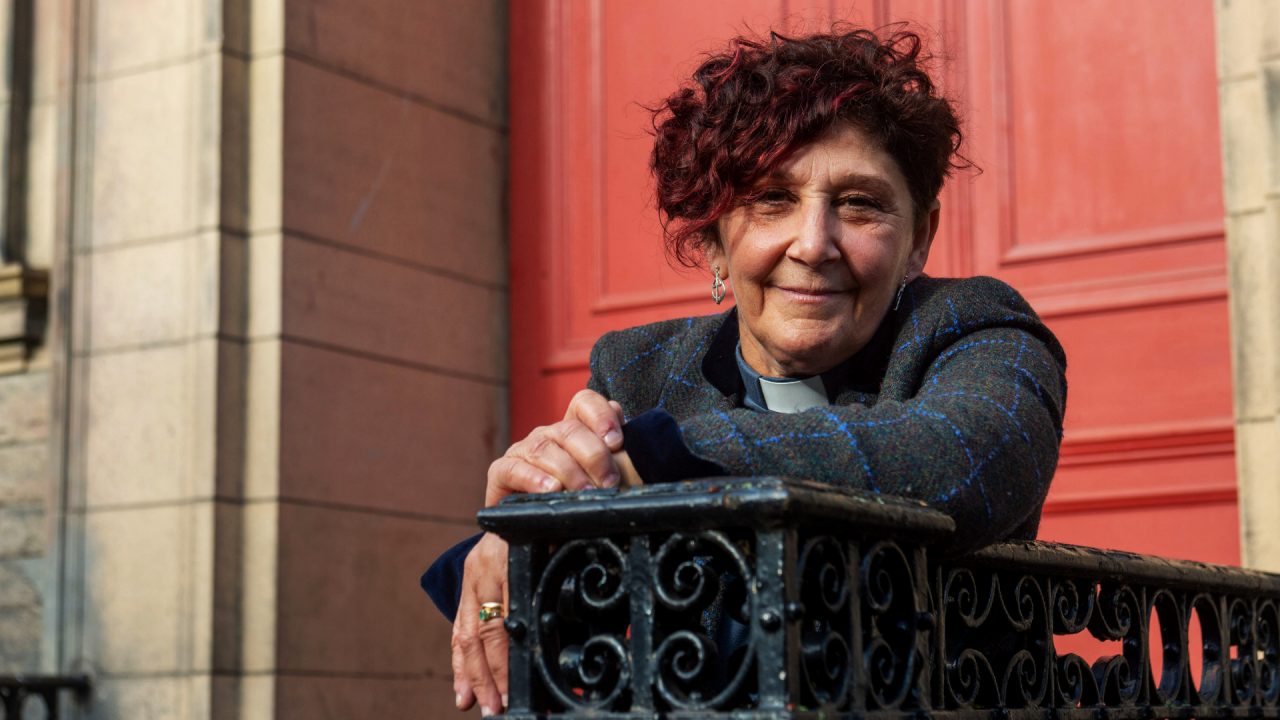 Anyone who donates a tin to a foodbank should write to their MP and MSP to ask why the services are required in modern Scotland, the woman taking up the Church of Scotland’s most senior role has said.

Rev Sally Foster-Fulton, 58, who has led Christian Aid in Scotland since 2016, will become the newly appointed moderator of the Kirk for 12 months from next May.

The new moderator of the General Assembly of the Church of Scotland said she was “honoured and humbled” to be appointed at a time when the institution faces many challenges.

“We cannot underestimate the challenges our world is facing,” she told STV News.

“There is no them and us, we live on a tiny fragile planet, we’re really in this together.”

Rev Foster-Fulton said people across the globe must come together to act against Covid, conflict and climate change.

The head of the Christian Aid, which fights global poverty, said the Church remains “uniquely placed” within communities to create spaces to advocate for change and offer support.

Churches across the country collect for or run foodbanks and several are running warm banks; where local people who can’t afford to heat their homes can come and spend time.

“You can’t let people go hungry, but I would say that every time you donate a tin to a foodbank you should pick up a pen and write to your MP and MSP and say why in 21st century Scotland are we still having to do foodbanks?

“It’s not a sustainable solution to food insecurity.”

The moderator designate convened the Church of Scotland’s former Church and Society Council from 2012-2016 and helped advance work on human rights, climate justice and support for people struggling to overcome poverty in Scotland as well as overseas.

She told STV News that the Church had already begun to address how it could make a practical difference, considering moving churches into clusters and looking at the carbon footprint of buildings.

“Over the past years of the pandemic in the face of a global climate emergency and now a cost of living crisis, people across the Church have been stepping up and doing their very best to make an extraordinary impact in communities, locally, across our nation and in the world,” she said.

“The Church is grasping the neetle in that space.”

Rev Foster-Fulton campaigned on behalf of detainees at Dungavel House immigration removal centre near Strathaven in South Lanarkshire and led the Church’s work with ecumenical and interfaith partners to create networks of support for asylum seekers and refugees.

In the run up to the 2014 Scottish independence referendum, she helped create space for respectful dialogue between campaigners on both sides of the debate.

Rev Foster-Fulton said: “What church congregations do locally in their communities is critical.

“It is what gives the Church’s voice validity when we speak truth to power.

“Sometimes we talk about local and international work as if it is an either or, but if there is one thing my work with the Church of Scotland, Christian Aid, this recent pandemic and the climate crisis has affirmed, is that we are all in this together.

“There is no separation between what we do for people in our global neighbourhood and what we do here at home.

“There is no them and us, there is just us and we have all got to look after one another.”

A Scottish Government spokesperson said it was “painfully aware” of the hardship people were facing which is why it is “doing all it can” to support households in need.

“Earlier this year we consulted on a draft plan for ending the need for food banks but the current cost of living crisis and the recent economic shocks caused by the UK Government are of course going to make this work harder,” they said.

“We will continue to urge the UK Government to use the powers they have, particularly over the energy market to address spiralling energy costs, and soaring inflation.

“Whilst the majority of powers to address the current crisis are reserved, the Scottish Government has allocated almost £3bn this financial year that will help households face the increased cost of living – £1bn of which is only available in Scotland. This includes the Scottish Child Payment, that will rise to £25 per eligible child per week from November 14.”