When and where blackouts could hit your home this winter revealed

Shortages of gas could see areas have their supplies cut off for three hours at a time to protect resources. 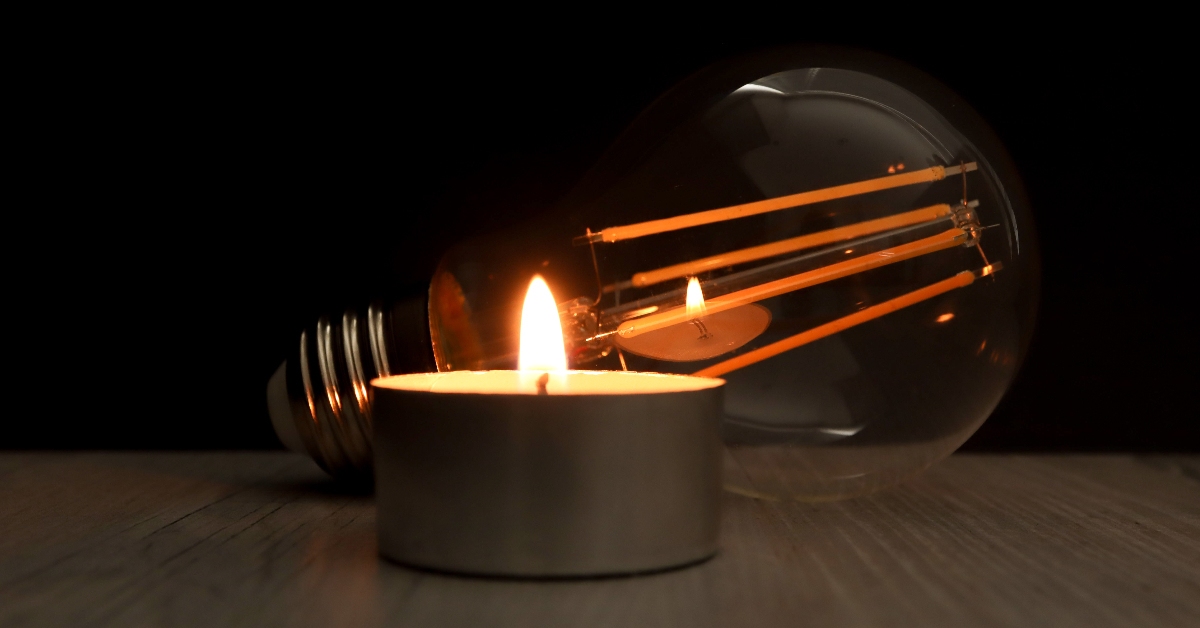 Blackouts could be a real prospect this winter as the energy crisis threatens to put the UK’s electricity supplies under strain.

Shortages of gas could mean planned three-hour power cuts to protect supplies for heating homes and buildings, the UK’s National Grid operator has warned. Which homes will be impacted and when is pre-planned in a dedicated rota.

In the best case scenario, the margin between peak demand and supply will be similar to recent years.

Europe’s energy supplies are uncertain following Russia’s invasion of Ukraine and so the grid operator is planning for what could happen if there were no imports of electricity from the continent and insufficient gas supplies.

The Electricity Supply Emergency Code (ESEC) describes steps the UK Government could take if there is not enough fuel to provide everyone with electricity.

The plan aims to give an equal distribution of supply to everyone while protecting prioritised sites. It would also involve appealing to the public and industry to reduce usage.

It includes a rota for pre-planned disconnection of communities from the grid for several hours.

Outages are staggered throughout the day and vary in length depending on the severity of shortages.

In the “unlikely” event it is required, they would start with three outages lasting three hours at a time.

In the second level, the number of weekly outages doubles, meaning households in a given area would be without power for 18 hours.

When you will lose power is determined by which block of the distribution network your home is in – designated by the letters of the alphabet from A to U.

You can check which letter you fall under on your energy bill, usually in a square box near the top – if it is not noted then you may have to contact your supplier to find out.

The Distribution Connection and Use of System Agreement (DCUSA), a multi-party contract between licensed electricity distributors, suppliers and generators in Great Britain, said that from October 1, each energy supplier will need to take “reasonable steps to notify each of their customers of the Alpha Identifier applicable to that customer’s Postcode area”.

A block letter of V indicates the site is on the Protected Sites List, or is protected from rota disconnection due to associated load.

Backup plans include firing up two coal-fired power plants if imports from France, Belgium and the Netherlands fail.

In the ESO’s worst case scenario, they assume the UK would run out of enough gas during two weeks in January 2023 when it is both very cold and still meaning low levels of wind power.

It said the number of people left without electricity would depend on how many gas power stations would be forced to shut down because there is not enough gas.

Scheme to pay families to use energy at off peak times

People are being encouraged to sign up with their electricity supplier to a scheme which will give them money back on their bills to shift their use of power away from times of high demand to help prevent blackouts.

That could mean putting on the dishwasher or washing machine overnight or charging an electric vehicle at off-peak times.

To help prevent the worst-case scenario, big businesses will be paid to reduce demand by shifting when they use energy or switching to batteries or generators during peak times.

The “demand flexibility service” will run from November to March, and it is expected to swing into action 12 times whatever happens to ensure people get rewarded for being part of the scheme – with additional use if needed to protect supplies.

It is the first scheme of its kind, the ESO’s director of corporate affairs Jake Rigg said, and it is hoped it will deliver 2GW of power savings to balance supply and demand.

Mr Rigg described it as a “smart way for signed up consumers in homes and businesses to save money and back Britain”.

“If you put your washing machine or other electrical appliances on at night instead of the peak in the early evening, you can get some money back when we all need it,” he said.

“The service is due to launch in November, so watch out for further details soon. This really is a window into the future where a flexible energy system will be cleaner and lower cost to alternatives.”

In the ESO’s base case assumes that when Britain needs more electricity, cables that link the country to its European neighbours will be enough to keep the lights on.

It does not assume that there is any “material reduction of consumer demand due to high energy prices”.

Responding to the winter outlook, a Government spokesperson said: “The UK has a secure and diverse energy system.

“We are confident in our plans to protect households and businesses in the full range of scenarios this winter, in light of Russia’s illegal war in Ukraine.

“To strengthen this position further, we have put plans in place to secure supply and National Grid, working alongside energy suppliers and Ofgem, will launch a voluntary service to reward users who reduce demand at peak times.”

The spokesperson said Britain is not dependent on Russian energy imports, and has access to North Sea gas reserves, imports from Norway, and via ports which can handle liquefied natural gas, as well as clean energy sources.