Businesses which rely on summer weddings continue to struggle as strict Covid rules on larger gatherings remain in place. 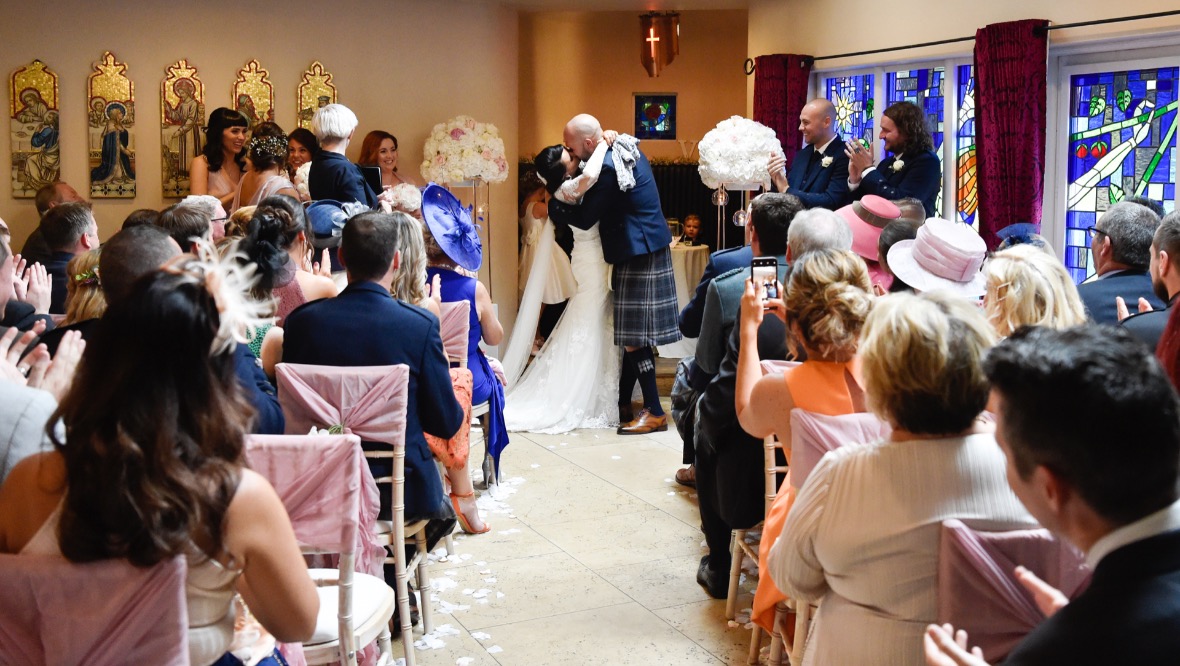 Wedding suppliers have been left jilted following the latest announcement on the easing of lockdown in Scotland.

There were hopes First Minister Nicola Sturgeon would announce a date on Thursday for the start of larger gatherings, however no official plan had been outlined.

Businesses which rely on summer weddings to keep them going all year say they are struggling with the loss of income.

Glenskirlie Castle is usually booked out for weddings at this time of year but more than 100 couples have had to reschedule so far.

Colin MacAloney, managing director, said: “We’re really fortunate we are a reasonable size, the bank has been super supportive so all we have done is batten down the hatches.

“But it is definitely a worry. Right now no money for four months, if we are thinking September, that is no money for seven months coming in.

‘The reality for most weddings is there are more than 75 guests, more than 100 at night so people want to know when those can actually take place.’

“The knock on effect is just massive. The reality for most weddings is there are more than 75 guests, more than 100 at night so people want to know when those can actually take place.”

Under current restrictions, 20 people can attend a ceremony or registration but receptions are effectively on hold as the number of people meeting indoors is restricted to eight people from three households.

Venues are not allowed to open for weddings only and those running Glenskirlie say it is not financially worth their while to open until couples can have at least 50 guests.

Photographer Emma Gray has had 35 couples reschedule for next year and lost out on more than £30,000 in revenue.

She told STV News: “It’s the kind of profession where you are quiet all of the winter and the summer is where you make all of your income.

“As we don’t know how long weddings are going to be off for, I’m starting to consider now going into commercial photography, pet portraits and look at all the other options.

“It’s expected there will be a limit on guests for much of the year so there is likely to be an impact on suppliers revenue for some time.

Sheila Jones, owner of Mrs Jones Cake Design, said: “We can do a cake for 300 or 400, big cakes. But what we are seeing is the larger cakes that we had already commissioned between now and the end of the year, the majority of these are going to be much smaller.”

Suppliers are calling for a definite date to return to larger gatherings even if it is not after the next lockdown easing review.

The next Scottish Government review is due to happen in around three weeks.