‘We need to act earlier to prevent homelessness’

Action to prevent homelessness should start six months before someone faces losing their home, experts say. 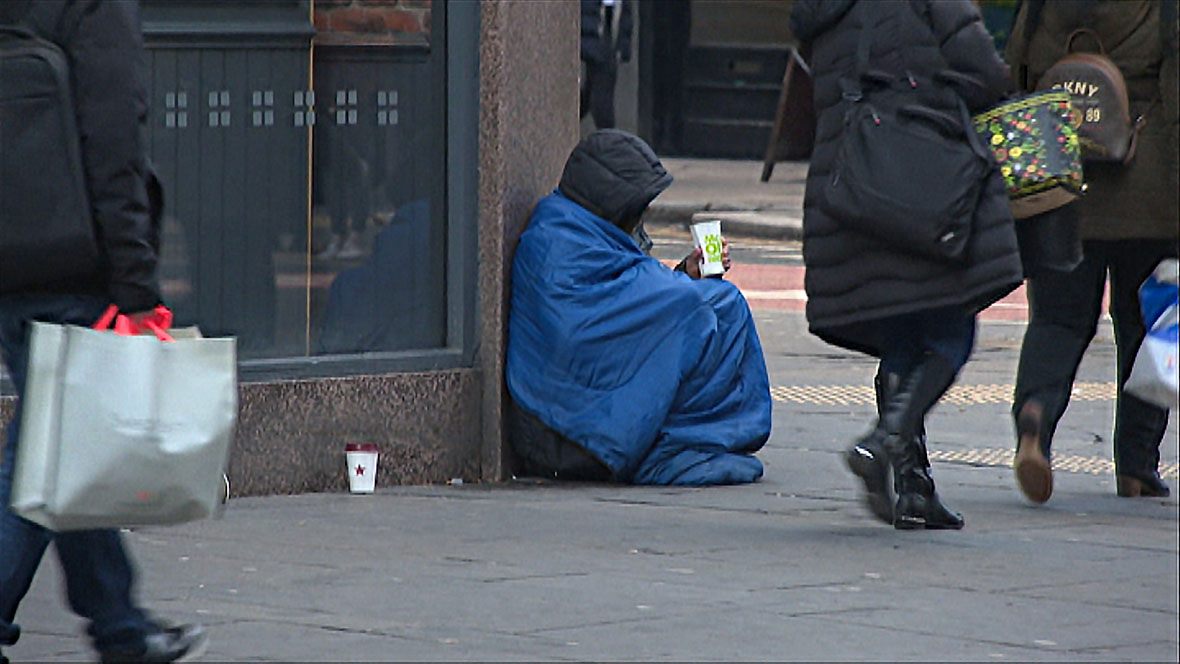 Action to prevent homelessness should start six months before someone faces losing their home, according to experts.

The Homelessness Prevention Review Group said if implemented, the proposals would also aim to ensure no one leaves an institution, like prison or hospital, without somewhere to sleep that night.

The recommendations say people facing homelessness should have greater choice and control in where they live and have access to the same options as other members of the public.

They also call for protections to ensure an individual’s housing is stable and meets their needs.

But some warn change needs to happen quickly as many face financial strain due to the pandemic.

After leaving the care system in her early teens, Hannah Snow became homeless.

She spent ten years battling substance abuse and floating between the streets and prison.

With help and self determination – Hannah turned her life around. She’s now a keen runner and footballer – abstinent from alcohol and drugs, she’s also in full time education, and volunteers to help others.

Hannah, feels the extent of her problems could have been limited if she was offered help sooner.

She told STV News: “It would’ve saved me a lot of pain, a lot of chaos, a lot of trauma and a lot of lonely nights. When I was on the streets I didn’t really know what direction to go to.

“I felt like I would come out of prison, abuse substances and end up homeless.

‘If you’re chaotic and you’re involved with substance misuse and homelessness then you’re just written off.’

“It was just a comfortable environment for me and I didn’t know how to get out of the circle.

“If you’re chaotic and you’re involved with substance misuse and homelessness then you’re just written off.”

The Prevention Review Group chair professor Suzanne Fitzpatrick said: “While we have strong protections in place to help individuals and families when they are at imminent risk of losing their home, we have laid far less emphasis to date on effective work to prevent homelessness happening in the first place.

“This means it is all too common for someone to reach a crisis point before they get the help they need.

“It was this need to act earlier and prevent people from ever having to experience the trauma of homelessness, which drove the work of the Prevention Review Group.

‘The homelessness system should become the safety net it was intended to be rather than a default response to housing problems.’

“The homelessness system should become the safety net it was intended to be rather than a default response to housing problems.

“The recommendations in this report hold the potential to radically change the face of the homelessness system in Scotland.”

The Scottish Government welcome the report and said it looks forward to discussing how proposals can be put into action.  But, as the economic strain from the pandemic increases – many are hoping that action happens soon.

Matthew Downie from Crisis Scotland said: “I don’t think we have even seen the full scale of demand when it comes to homelessness that the coronavirus pandemic and the following recession is going to bring – we need to prepare.

“The best way to prepare for that is to help people avoid the catastrophe of homelessness in the first place. It’s a situation which no one should face.”

Lisa Punton, Prevention Commission member, said: “Having worked in the sector for more than ten years I have become increasingly frustrated with the existing legislative framework.

“In providing such a strong safety net for people experiencing homelessness something of what we were trying to achieve, which is to prevent it, was lost.

“If we really want to end homelessness those with lived experience must always have a seat at the table.

“People who have experienced services can tell us how these impact on their lives amid crisis and trauma.”