Warning of extreme cold as temperatures plummet to -17C

After much of the country saw huge levels of snowfall bringing widespread disruption, further intense weather is expected. 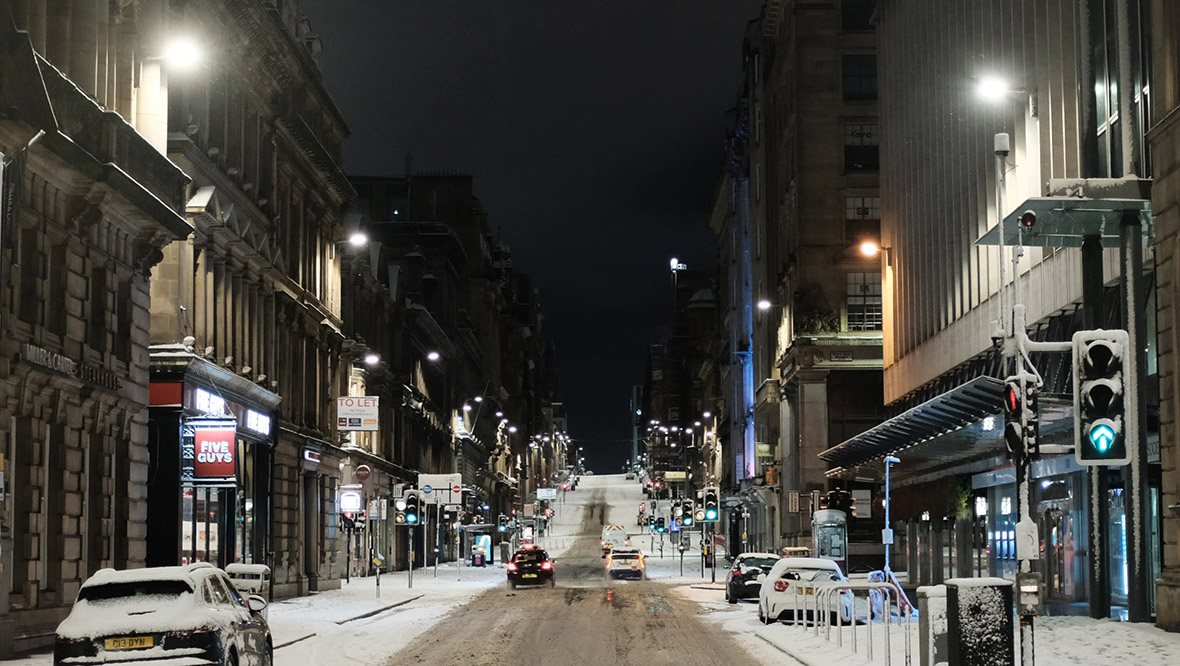 Scots are facing a second day of travel disruption after temperatures continued to plummet overnight.

Altnaharra in the Highlands just had its coldest February night on record with a reading of -17.1C, which is the lowest temperature recorded in Scotland since December 25, 2010.

After much of the country saw huge levels of snowfall bringing widespread disruption, further intense weather is expected.

STV’s meteorologist Sean Batty has warned that Wednesday night will the coldest for most.

He said: “Our cold weather just now is very similar to the Beast from the East in 2018, in the sense that it’s a very cold air mass from Scandinavia and a very showery air flow bringing lots of snow to some areas.

“Attention now turns to extreme cold and all the problems that brings, such as ice and burst pipes.”

Sean added: “The extreme cold will also affect towns and cities which will also plummet well below freezing.

“For some spots this could be the coldest February night on record in central Scotland, or at least one of the coldest.”

Central areas can expect temperatures below -10C on Wednesday night.

Sean said new February records could be set in the Highlands on Thursday night too, with extremes of -20C possible in some places.

However, he said, the all-time record of -27.2C set in Braemar nearly 126 years to the day, looks pretty safe.

He said: “There’s a lot of uncertainty beyond the weekend, but currently Met Office models show the return of warmer air, although a bit of a struggle initially, which could lead to a spell of heavy snow in some higher areas for a time.

“Some other computer models show the cold air hanging on longer, with even some bigger snow events possible. So as we head towards the weekend it does at least look like the coldest conditions will ease.

“Even though we see the coldest air retreating, we should keep in mind that it is only the start of February, and we all know severe cold and snow can occur well into spring.”