The conditions could bring flooding, travel disruption and power outages to parts of the country over the weekend. 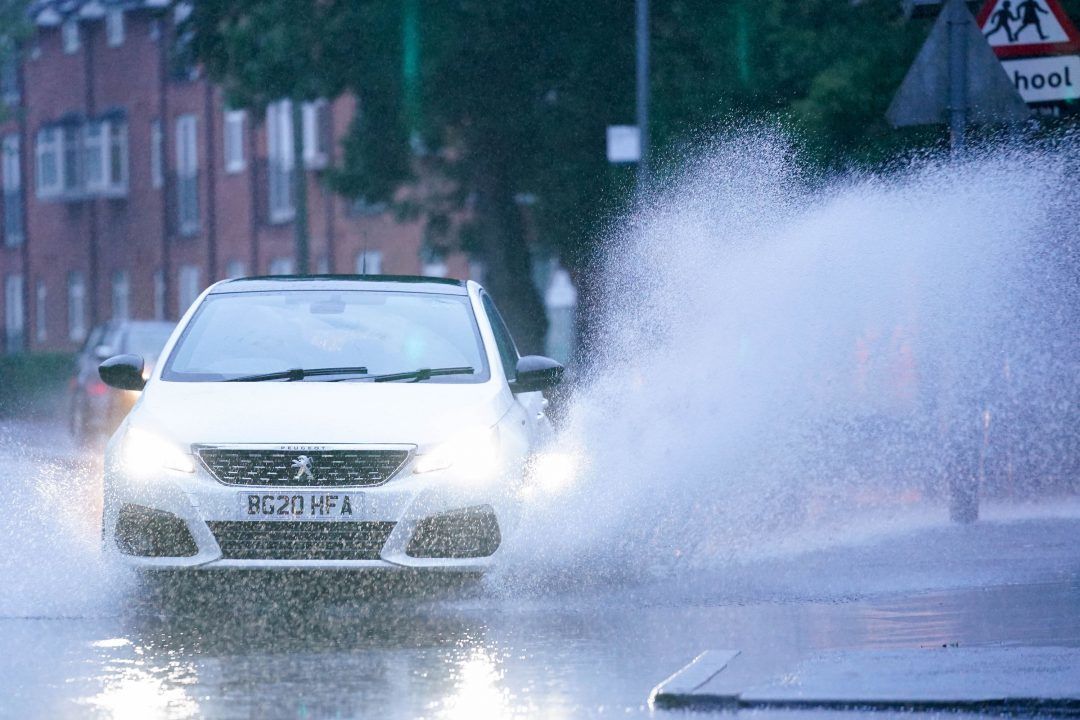 Heavy rain and strong winds could bring flooding, travel disruption and power outages to parts of Scotland over the weekend.

The Met Office has issued yellow weather warnings for Shetland.

Wind speeds are expected to reach as high as 70mph in some parts, combined with 30-40mm of rain.

A Met Office spokesperson said: “60-70mph gusts would be enough to cause some problems, delays to transport, some short loss of power possible, could be some spray on the coasts.

“Certainly for north east Scotland the winds are stronger, there’s more chance there of some branches coming off trees, if people have things out in the garden then bits will be blown around, but not quite enough to cause real structural damage.

The Met Office is warning of some delays to road, rail, air and ferry services, delays for high-sided vehicles on exposed routes and bridges, power outages, and high waves and spray in coastal areas.

Heavy downpours are forecast over Shetland from 4pm Saturday until 6am on Sunday, bringing some localised flooding and disruption to transport services.

Strong winds are expected over Shetland from midnight on Saturday to 3pm on Sunday.

The Met Office is warning some flooding to businesses and homes is “likely”, along with transport delays and possible short-term loss of power and other services.

It is also likely that some exposed routes, sea fronts and coastal communities will be affected by spray and large waves.

The wind and rain may not be over after Sunday evening as the Met Office is predicting the possibility of more adverse conditions early next week.

Earlier this week, STV’s meteorologist Sean Batty said: “After a largely warm September the mercury has certainly taken a tumble in recent days with what feels like a sudden switch to autumn weather, actually just the way it should be, but it’s still a bit of a shock.

“Temperatures last week were still hitting the low 20s, which is way above the average for this time of year – around 14C.

“This week we’ve seen overnight temperatures dip briefly below freezing in the north Highlands and also some snowfall on our Munro peaks. We’re also entering a much more unsettled phase in the coming days with gales and heavy rain at times, and this could lead to disruption to ferry schedules and the possibility of restrictions being imposed on high sided vehicles on our bridges.

“Friday will be one of our windiest days with gales widely down the Highland coast and across the Hebrides, where gusts could be around 40-50mph.

“Rough seas could disrupt ferry travel to and from the islands.

“The next system I’m keeping an eye on is expected to move up from England on Saturday night and bring heavy rain to much of the country, with the strongest winds running up the east coast this time, and into the Northern Isles.

“Gusts along the Border, East Lothian, east Fife, Angus and Aberdeenshire coasts could be around 40mph on Sunday morning, and perhaps 50mph on the Moray coast.

“The strongest winds will affect Shetland and Orkney later on Sunday where gusts could peak around 60mph.

“Again this could lead to ferry disruption, but this time to and from the Northern Isles.

“While this is nothing out of the ordinary as we move into October, but it will be quite a change from what we’ve become used to in the last several months.”