Joe Biden: ‘We must answer history’s call in Glasgow’

The US President is in Scotland for the crucial COP26 climate conference. 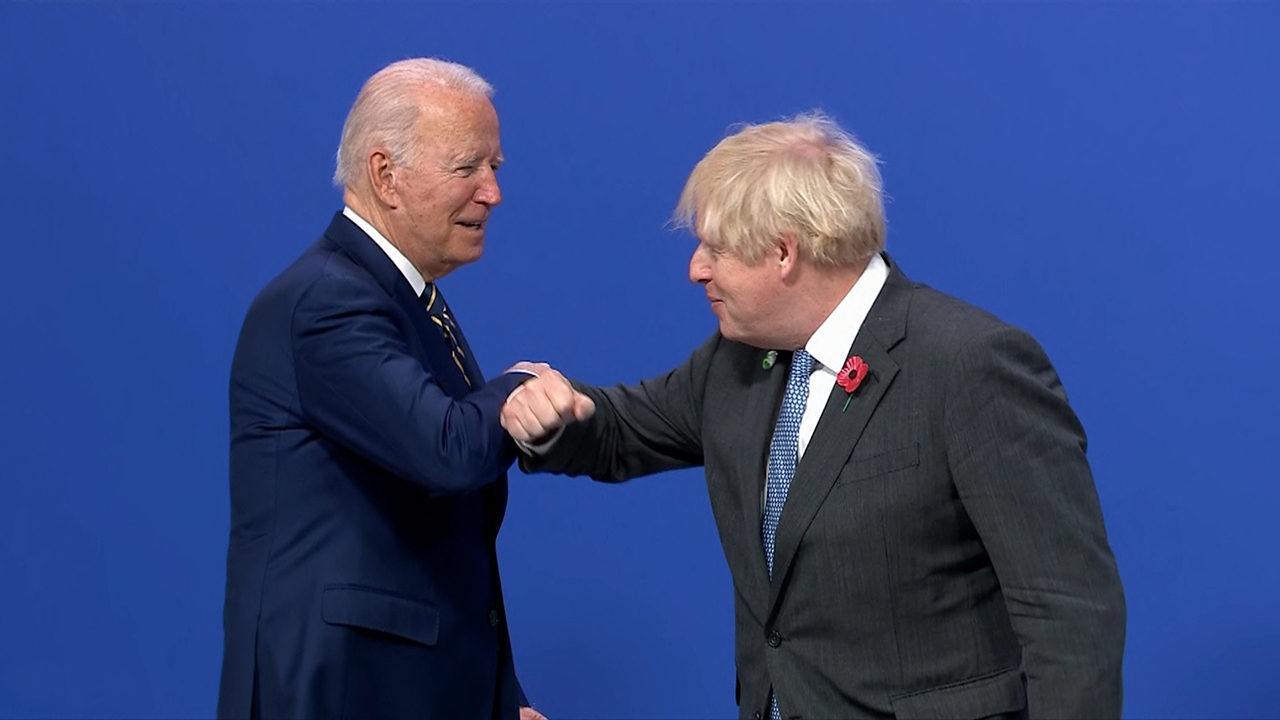 US President Joe Biden has warned the crucial COP26 conference that climate change is not a “hypothetical threat”.

He told fellow world leaders and delegates in Glasgow that time was running out to cut emissions and prevent climate catastrophe.

“Let this be the moment when we answer history’s call, here in Glasgow,” Biden said.

“Let this be the start of a decade of transformative action that preserves our planet and raises the quality of life for people everywhere.

A large police presence was on hand as Air Force One touched down at Edinburgh Airport on Monday morning.

Biden, who arrived in the UK from Rome, where he attended a summit and met with the Pope, left the airport in a 30-strong motorcade and arrived in Glasgow just after midday.

He then told the conference: “Glasgow must be the kick-off of a decade of ambition and innovation to preserve our shared future.

“Climate change is already ravaging the world. It’s not hypothetical. It’s not a hypothetical threat. It is destroying people’s lives and livelihoods, and doing it every single day.”

Other European leaders and India’s Narendra Modi are among those attending the talks, although the heads of key major economies including China’s Xi Jinping and Russian President Vladimir Putin will not be there.

Delegates arriving at the conference faced long queues to get into the Scottish Event Campus venue on Monday for the opening ceremony.

The conference in Glasgow is seen as the moment when countries must deliver on pledges made in the accord agreed in Paris six years ago, to limit temperature rises to well below 2C above pre-industrial levels and pursue efforts to curb warming to 1.5C – beyond which the worst impacts will be felt.

There is also pressure on developed countries to deliver a long-promised 100 billion US dollars a year in climate finance for poorer countries least responsible for and most vulnerable to climate change, and address loss and damage caused by the impacts of global warming.

And there will be efforts to drive action by countries, regions, and businesses to curb emissions in sectors such as power with efforts to phase out coal, as well as finalise parts of the Paris climate accord agreed in 2015 to make it effective and operational.

Countries’ plans for cutting emissions in the next decade – key to limiting long-term temperature rises – leave the world well off track to meet the climate goals and put the planet on course for a dangerous 2.7C of warming.

Glasgow is not expected to close that gap, so there is pressure to negotiate a road map for increasing ambition in the next 10 years to keep the 1.5C goal within reach.

Meanwhile, Amazon founder Jeff Bezos will join the Prince of Wales at a COP26 event promoting the greening of north Africa, Clarence House has confirmed.