The Joseph Rowntree Foundation (JRF) says the Scottish Government must 'put its foot on the pedal'. 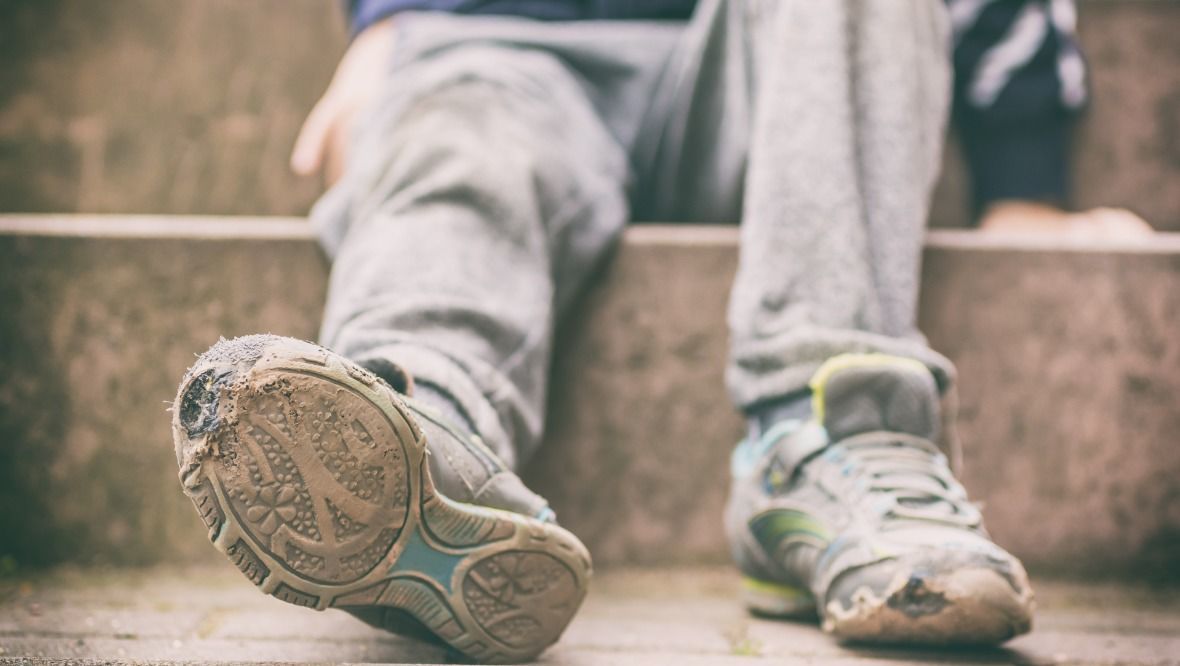 Tens of thousands of children across Scotland will have their childhood “blighted by hardship and anxiety” unless urgent action is taken to tackle deprivation, a report has warned.

The Joseph Rowntree Foundation (JRF) says the Scottish Government must ‘put its foot on the pedal’ and increase its efforts, or else it faces missing its own interim child poverty targets for 2024.

In response, the Scottish Government said it was planning a “raft of measures” to tackle the issue, including plans to double the Scottish Child Payment.

Figures in the JRF’s Poverty in Scotland 2021 report, “which paints a picture of poverty levels in Scotland just before the Covid-19 pandemic”, said around a million people, including a quarter of a million children, were trapped in poverty.

The report found inroads had not been made into the “significant levels of poverty” among priority groups identified as needing action.

This includes families from an ethnic minority background, families where someone is disabled, those with a child under one, and single parent households.

The report recommends immediately doubling the current Scottish Child Payment to £20 per week for every eligible child under six-years-old.

The planned cut to the £20-per-week Universal Credit boost from Wednesday “makes the task more urgent”, said the JRF. Some 450,000 families in Scotland will be £1040 poorer per year as a result of the cut, it added.

By April 2024 the Scottish Government hopes to have reduced relative child poverty to below 18%.

The report concluded: “We will miss that target, and by some way, unless urgent action, at scale, is taken now.”

By doubling the Scottish Child Payment as quickly as possible, the child poverty rate would drop to 22% by April 2024, still four percentage points short of the interim targets, it adds.

Chris Birt, associate director of the JRF in Scotland, said the Scottish Government had put in place steps “to move us in the right direction”, but highlighted that “we are on course to miss our targets by some distance”.

He said: “Such a political failure would have a profound human cost – tens of thousands more children will experience childhoods blighted by hardship and anxiety.”

He said: “The report highlights that there are still a million people living in poverty in Scotland, including 250,000 children and that’s not really changing at the moment, in fact it’s getting worse.

“What the Scottish Government need to realise is each of those families are different.

“So, for single parents it’s the ability to get childcare and transport to get to work that prevents them from getting work. Sometimes, when they get into work it’s very low paid, and you might see similar barriers for families where someone is disabled.

“The poverty rate amongst minority and ethnic families is outrageously high with the best part of 50% of those children living in poverty.

“That’s a situation that the Scottish Government needs to address and address very quickly.”

He said: “From the Scottish Government’s perspective, they really need to put their foot on the pedal and increase their efforts, increase the urgency and the scale of those efforts, and as we’ve talked about, really target those families across Scotland who are struggling.

“We all want a Scotland where people’s childhood are able to explore their potential and engage in society.

“And children who are growing up in poverty we know aren’t able to do that – that’s a bad childhood for them and that’s a horrible situation for their parents to be in as well.

“So, meeting those targets is not just a legal obligation on the Scottish Government, it’s a moral obligation.”

The report was produced alongside the End Poverty Scotland Group, an advisory group of people from across Scotland with first-hand experience of living on a low income.

In response to the report, the Scottish Government said it would use “every lever at our disposal” to tackle child policy.

It added that it was urging the UK Government to reverse the “senseless decision” to cut Universal Credit.

A spokesperson said: “We invested £2.5bn to support low income households in 2020-21, with around £1bn focused on supporting children.

“We are delivering a raft of measures including the Scottish Child Payment – the most ambitious anti-poverty measure currently being undertaken anywhere in the UK – and we will double it as soon as possible, setting out our plans in the forthcoming budget.

“This clearly shows the action we are taking with the powers we have and our fixed budget to tackle poverty and give our children the futures they deserve.”