Nicola Sturgeon branded the move a 'full frontal attack on Scottish democracy' after it was announced a section 35 order would be invoked for the first time. 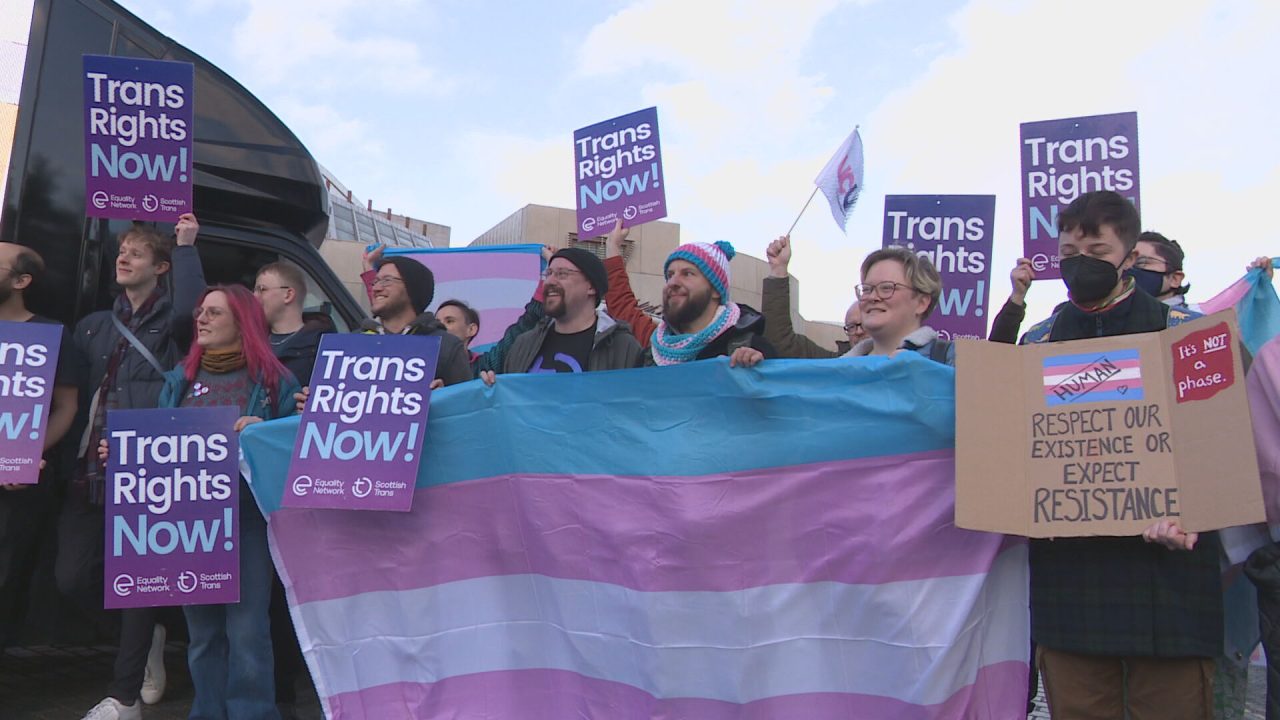 The UK Government is to block legislation passed at Holyrood making it easier for people to change their legally recognised gender.

Ministers are set to invoke a section 35 order for the first time to stop the Gender Recognition Reform (Scotland) Bill becoming law, setting up a constitutional battle between the two parliaments.

Scottish secretary Alister Jack said he was “concerned the legislation would have an adverse impact on the operation of Great Britain-wide equalities legislation”.

Nicola Sturgeon branded the move a “full frontal attack on [Scottish] democracy,” adding the Scottish Government would “defend the legislation and stand up for Scotland’s Parliament”.

The Scottish Government is now likely to mount a legal challenge.

The move comes hours after the First Minister said any attempts to block the law would constitute using the Trans community as a “political weapon”.

In a letter to Sturgeon, Jack wrote that UK “equalities protections” could be compromised by the divergent policies.

He did not rule out the possibility of the legislation passing in a revised format.

“After thorough and careful consideration of all the relevant advice and the policy implications, I am concerned that this legislation would have an adverse impact on the operation of Great Britain-wide equalities legislation,” he wrote.

“Transgender people who are going through the process to change their legal sex deserve our respect, support and understanding. My decision today is about the legislation’s consequences for the operation of GB-wide equalities protections and other reserved matters.

“I have not taken this decision lightly. The Bill would have a significant impact on, amongst other things, GB-wide equalities matters in Scotland, England and Wales. I have concluded, therefore, that this is the necessary and correct course of action.

“If the Scottish Government chooses to bring an amended Bill back for reconsideration in the Scottish Parliament, I hope we can work together to find a constructive way forward that both respects devolution and the operation of UK Parliament legislation.

“I have written today to the First Minister and the Scottish Parliament’s Presiding Officer informing them of my decision.”

Responding, the FM wrote on Twitter: “This is a full-frontal attack on our democratically elected Scottish Parliament and it’s ability to make it’s own decisions on devolved matters.

“@scotgov will defend the legislation & stand up for Scotland’s Parliament. If this Westminster veto succeeds, it will be first of many”.

In a statement following Jack’s announcement, social justice secretary Shona Robison said: “The use of Section 35 of the Scotland Act to stop the GRR Bill from proceeding to Royal Assent is an outrageous decision. This is a procedure that has never been used under nearly 25 years of devolution and is contrary to a Bill that was overwhelmingly passed by the Scottish Parliament by members of all parties. This is a dark day for trans rights and a dark day for democracy in the UK.

“As the First Minister said, this is a political decision that is more in keeping with UK Government’s contempt for devolution and the Scottish Parliament.

“We have always been clear that the Bill does not impact on the Equality Act. The UK Government had multiple opportunities to comment during the extensive consultation on the Bill and during its passage and we are confident that the legislation as passed is within legislative competence of the Scottish Parliament.

“We will examine the reasons which the UK Government give for their order once we have them, but take whatever steps we can to ensure that the democratic will of the Scottish Parliament is not frustrated.”

A requirement for a medial report, including a diagnosis of gender diagnosis, would have been dropped.

“It sets a very alarming new precedent that should concern everyone who believes in devolution and wants the Scottish Parliament to exist,” she added.

“Only one month ago, MSPs voted overwhelmingly for Gender Recognition Reform. It was a proud day for equality, and for our Parliament.

“To see a reactionary Tory government trying to block or overturn it is nothing short of outrageous, and we will resist them every step of the way.”

Labour leader Sir Keir Starmer said on Sunday he believes that 16 is too young an age to consider changing gender, despite the majority of the party’s MSPs backing the vote.

Scottish Labour’s shadow Scottish secretary Ian Murray MP responded: “These issues are too important to be reduced to the usual constitutional fight.

“The Tory and SNP Governments must not use this for political posturing, but instead get round the table and find workable solutions that address legitimate concerns.

“Alister Jack claims there is a version of this bill that the Tory Government could accept. Questions must then be asked why Ministers at Westminster and Holyrood did not work together to avoid this unnecessary stand-off.

“Trans rights and Women’s rights should not be used as an excuse for SNP-Tory attrition warfare.

“We should all be focused on reducing prejudice, including transphobia, misogyny and homophobia.

“That’s why we need real cooperation from both of Scotland’s governments – starting with clear guidance on how Scotland’s reforms can be implemented in a way that protects single-sex spaces, challenges transphobia and avoids a cross border, bureaucratic nightmare for anyone seeking to access their legal rights.”

The new law also prompted rebellions across the Holyrood chamber, with nine SNP MSPs voting against it, including former minister Ash Regan.

Jack will officially make the order to block the vote on Tuesday.

Section 35 orders were introduced as part of the Scotland Act, which created the Scottish Parliament.

They effectively allow Westminster to “veto” any Holyrood Bill which may have an “adverse effect” on UK laws or how they are applied.

They have never been used up until now.

Scottish Conservative shadow equalities spokesperson Rachael Hamilton MSP said: “In their desperation to force this legislation through Holyrood before Christmas, the Scottish Government ignored the warnings that the Bill would have implications beyond Scotland’s borders.

“This unprecedented action was forced upon the secretary of state because the scope of the Bill reaches beyond the competency of the Scottish Parliament.

“I hope, rather than turning this issue into a constitutional football, the First Minister will now revisit this legislation.”