The Government intends to install up to eight new reactors – the equivalent of one a year – by the end of this decade. 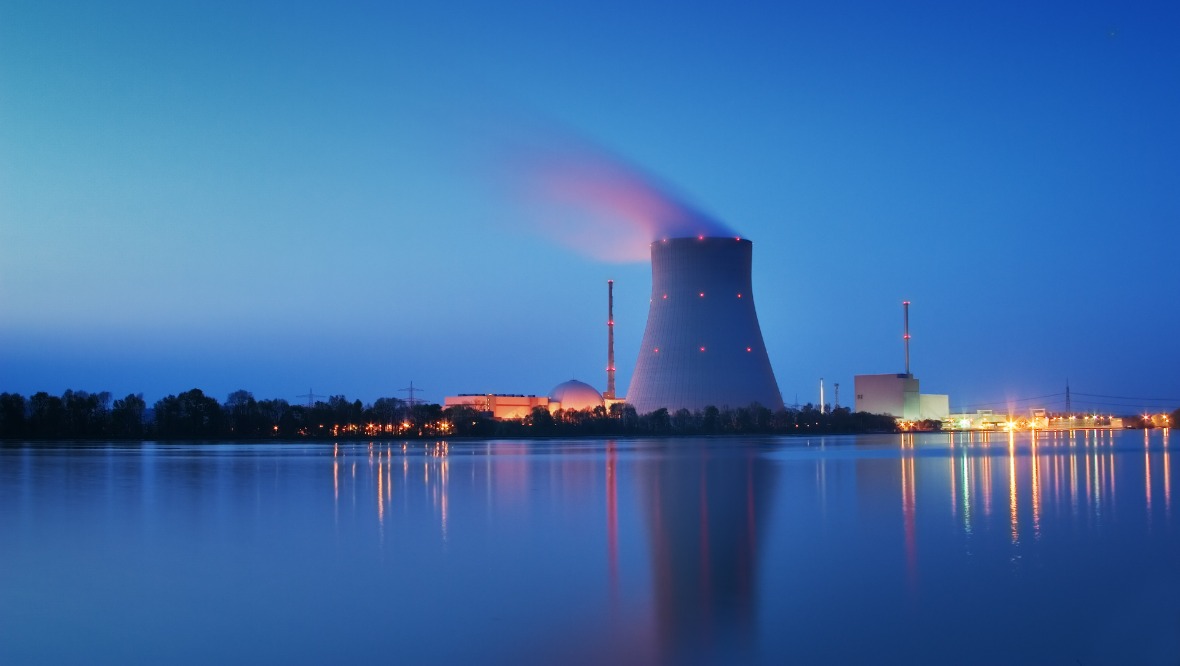 No new nuclear power stations will be built in Scotland as part of the UK Government’s plans for energy independence, the business secretary has said.

As part of the long-awaited energy strategy, the Government intends to install up to eight new reactors – the equivalent of one a year – by the end of this decade.

Under the Government’s plans, up to 95% of the UK’s electricity could come from low-carbon sources by 2030.

Speaking ahead of the document being published, UK business secretary Kwasi Kwarteng told Good Morning Scotland that the new reactors would be built in England and Wales.

Scotland has one nuclear power station, the Torness plant in East Lothian, after the Hunterston B site in North Ayrshire closed in January.

The Scottish Government, which is opposed to nuclear energy, could block any new developments via its planning powers.

Kwarteng said: “We have no plans to impose nuclear reactors in Scotland.

“It is a devolved affair, that is up to people in Edinburgh to decide what their nuclear policy is.”

In a video posted online, the PM said energy bills had increased across the globe and “absolutely soared” after Vladimir Putin’s invasion of Ukraine.

He added: “In the country that was the first to split the atom, the first truly to harness its power to light our homes and drive our factories, we will once again lead the way.

“For years, governments have dodged the big decisions on energy, but not this one.

“We’ve got the ambition, we’ve got the plan and we are going to bring clean, affordable secure power to the people for generations to come.”

In response to the strategy, Scotland’s energy secretary Michael Matheson stated that the Scottish Government was opposed to new nuclear power stations on environmental grounds, due to safety concerns and because “it is probably the most expensive form of electricity you can choose to produce”.

Speaking on BBC Radio Scotland, he added: “If the objective is to reduce energy prices, we need to move much more quickly towards renewables and energy efficiency, including reducing demand though greater insulation programmes on domestic premises.

“Those are the ways you can help reduce energy costs and also meet our net-zero objectives.”

He also accused the UK Government of failing to engage with Scottish ministers in the development of the strategy.

He stated: “It was critical that the Scottish Government were involved in the shaping of any strategy and consulted on its content.

“Sadly, none of that has happened, which is completely unacceptable given Scotland is a net exporter of energy to other parts of the UK and will become even more important as we move to becoming a net-zero society.”

Liam Kerr MSP, shadow net-zero, energy and transport secretary, said the UK Government has put a “modern energy strategy on the table” that will create jobs and protect “tens of thousands of Scots who work in oil and gas”.

He added: “It will also mean hitting Putin where it hurts as Britain will be able to reduce its reliance on Russian imports to power our homes.”

In response, the Scottish Greens branded it “not fit for purpose”.

“It flies in the face of climate science and does nothing to support the millions of households who are facing sky high energy bills right now.”

Keith Anderson, ScottishPower CEO, said “we have the projects and are ready to build them”.

He added: “There’s no shortage of desire but we’ve got to get real on removing the barriers to make more clean, green, homegrown electricity a reality and get shovels in the ground and turbines in the water.

“It takes five times longer to get a project through the UK’s planning system than to build it – that’s got to change if we’re to stand any chance of weaning our energy system off global gas and making a green future a reality.

“Renewable power is the cleanest, fastest and cheapest way to electrify the economy and the Government could unlock tens of gigawatts if it removes the cap on the next green energy auctions and we swiftly address how we connect and transport it around the country.

“The energy industry has the solutions but what we need from Government is to remove the obstacles and we can get on and deliver.”

Friends of the Earth Scotland branded the move as “unbelievably reckless”.

Climate and energy campaigner Caroline Rance said: “It is unbelievably reckless for the UK Government to put its foot down on the accelerator and expand production of the oil and gas that is speeding us towards further climate devastation.

“By doubling down on oil and gas they are keeping us locked in an unaffordable and destructive energy system that is only delivering billions in profits for oil companies whilst millions of people are forced to choose between heating and eating.”

Ms Rance stated there was a “massive gaping hole” where there should have been energy efficiency measures “to improve people’s homes to make them warmer, greener and cut their bills”.

She added: “Whilst the announcement on growing offshore wind is a positive step, it is fatally undermined by new expanding fossil fuels and commitment to create a toxic legacy for thousands of years from new nuclear power.

“The Scottish Government is due to publish its own energy strategy later this year and it must deliver what the UK Government has failed to do – commit to an end to new fossil fuels, increase renewables, provide support for insulating homes and deliver a just transition for workers and communities.”