ScotPulse survey commissioned by STV News finds that almost half of adults are worried about getting ill this winter. 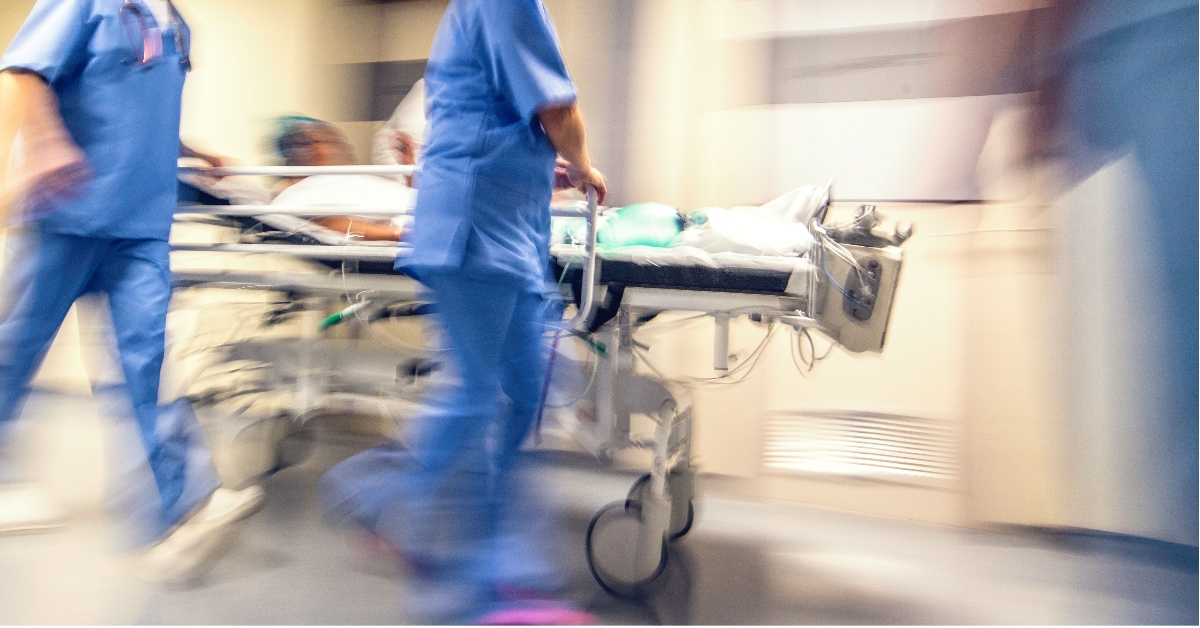 Two-thirds of adults feel the standard of care provided by the NHS in Scotland is declining – as the service gears up for one of its most difficult winters.

A ScotPulse poll commissioned by STV News found that nearly half of adults (49%) are worried about getting ill this winter and 66% say the standard of care is getting worse.

Confidence in the Scottish Government’s handling of the health service is also falling, with 44% saying they have low to no confidence.

Some 55% of respondents said they would consider accessing private health care if they could afford it.

Health secretary Humza Yousaf told STV News he understood why people were concerned about the current state of the health service in Scotland.

“What I hope most people would understand – I think they do because I speak to the public day-in, day-out – is that it’s because of the biggest shock our National Health Service has ever faced in its 74-year existence.

“That’s not going to be much comfort to you if you’re waiting a couple of years for your hip operation, or you’ve waited 12 hours in accident and emergency. But all I can say is there isn’t a waking moment of mine that isn’t spent trying to make sure that we are dealing with these issues.

“That’s not just for me, that’s for the entirety of the government.”

The results of the ScotPulse survey come as figures show the number of hospital beds occupied by people ready to be discharged has reached a new record high.

An average of 1,898 beds were taken each day by people who were ready to leave hospital in October – the highest on record since current guidance was introduced in July 2016.

It is also an increase of 4% from September, where the daily average was 1,832, according to latest Public Health Scotland (PHS) statistics released on Tuesday.

Furthermore, the PHS figures show the number of patients being seen within target waiting times in Scotland’s emergency departments has hit a new low.

Just 61.9% of people attending A&E in the week up to November 27 were seen and subsequently admitted or discharged within four hours.

The Scottish Government aims for 95% of people to be seen within the four-hour, time limit.

What do people think about the NHS?

Suggestions on how to improve the NHS in Scotland from people who participated in the ScotPulse survey included:

Yousaf said he wasn’t surprised by the responses in the ScotPulse survey, adding that NHS workers also tell him about many of the concerns that were raised.

“(They tell me) that they feel knackered, quite frankly, given that the last two-and-a-half years have been relentless,” he said.

“That takes me to my second point about valuing the workforce and it’s why I have put on the table a 7.5% pay offer, the single biggest pay deal for NHS Agenda for Change staff in the history of devolution.

“Whoever is saying that we’re sleepwalking towards the end of the NHS – that is not a categorisation I associate myself with.

“The reason that I don’t is because there’s not a system in the world like it, that gives compassionate care, free at the point of use.

“We also have to recognise that we’re still suffering from those shocks of the global pandemic and that is not unique to Scotland. You will see that in health systems right across the UK and right across the world.

“We are seeing – and this winter was always going to be challenging – rises in flu cases, rises in respiratory illnesses amongst children, Covid cases fluctuating but continuing to bubble away under the surface and social care, which has really been hit hard by Brexit, by the pandemic and by energy costs, really struggling, which doesn’t help us with delayed discharge.”

Figures released on Tuesday showed a rise of almost 10% in vacancies across NHS Scotland.

While the number of people working for the health service in Scotland increased to a whole-time equivalent (WTE) total of 155,913.3 at the end of September, the number of empty posts for nurses and midwives rose to 6,319.3 WTE.

The latest NHS Scotland workforce statistics also showed a rise in vacancies for allied health professionals – such as physiotherapists, podiatrists, radiographers and dieticians.

Scottish Liberal Democrat leader Alex Cole-Hamilton condemned the rising vacancies as “another sign that the health secretary’s plans for NHS recovery and workforce planning are failing”.

Hitting out at the Scottish Government, Cole-Hamilton said: “Lack of proper workforce planning has left nurses working shifts which have dangerously low staffing levels and lack of support from this SNP/Green government has left them with no other option but to consider strikes.”

Demanding action from Yousaf, the Lib Dem added: “It’s time for the cabinet secretary to go back to the drawing board and come up with proper workforce plans that help the NHS and its staff grow.

“If Humza Yousaf doesn’t do this soon, we will need a new health secretary.”

The threat of strike action is another pressing issue facing the health service. The Royal College of Nursing is currently balloting its members over an improved pay offer from the Scottish Government – with the prospect of strikes by nurses looming if the offer is rejected.

The trade union Unite is currently balloting its members after the Scottish Government put an increased pay offer on the table. The Scottish Ambulance Service subsequently suspended its work to rule action.

Commenting on the ScotPulse survey results, Dr Sandesh Gulhane, the Conservative shadow cabinet secretary for health and social care, said: “It’s little wonder people are worried about getting ill when they see the chronic state of the NHS under the SNP, from the worst-ever waiting times in accident and emergency to GP shortages.

“The NHS is buckling under the strain and frontline staff are being put under intolerable strain due to dire SNP workforce planning and mismanagement.

“We already know more people than ever before are paying to go private as a result, but for many others that’s not an option.

“The buck stops with Humza Yousaf. He should resign immediately, or Nicola Sturgeon must sack him for his never-ending series of failures.”

Scottish Labour health spokesperson Jackie Baillie said: “This is a damning indictment of the SNP’s stewardship of our NHS.

“It’s no wonder people are worried when we have the worst health secretary since devolution handling the biggest crisis in our NHS.

“Staff are working tirelessly to do right by patients, but services are at breaking point – and they have no confidence that Humza Yousaf is capable of taking action.

“If the SNP fail to act more lives will be lost. This winter we can only hope we don’t get sick.”

STV News is running special reports about the state of Scotland’s NHS across Wednesday and Thursday. The reports will air on the STV News at Six and will be available to view on the STV Player. The STV News website and social channels will also have comprehensive coverage.