A total of five people are to be tested and the Scottish Government said it has "robust arrangements" in place. 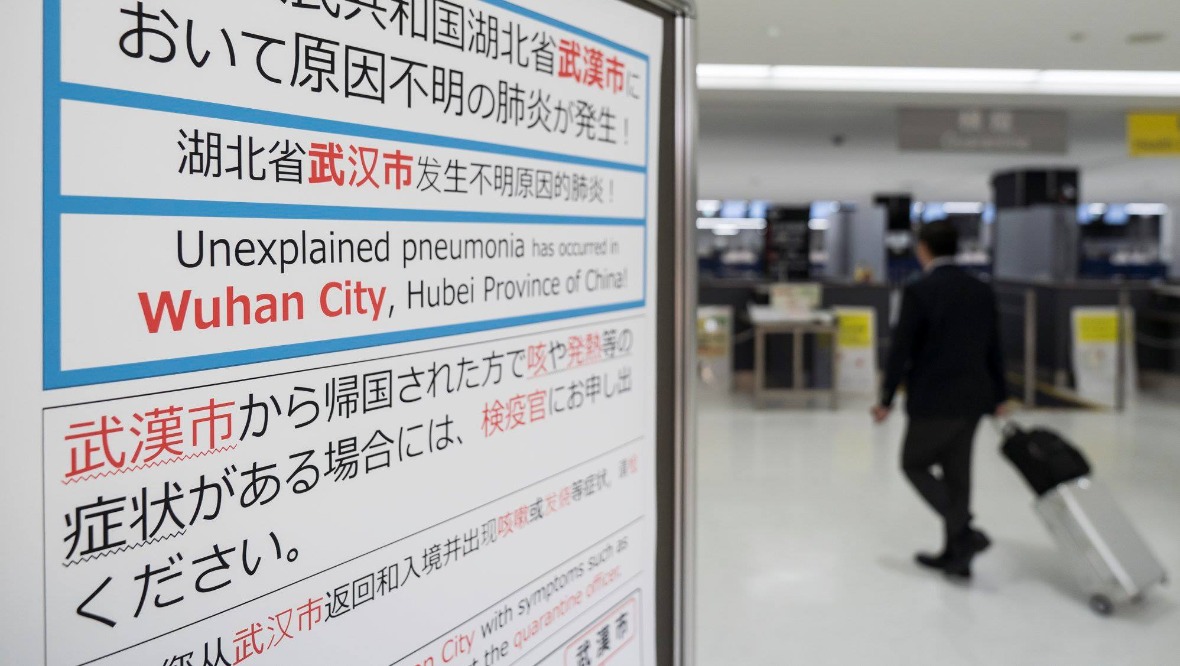 Five people are being tested for Chinese coronavirus at hospitals in Scotland, according to the Scottish Government.

Two patients in Glasgow and a third in Lothian are due to undergo testing on a “precautionary basis”.

It has since emerged a further two from Tayside are to be tested, bringing the total number of suspected cases to five.

The Scottish Government has said it has “robust arrangements” to manage emerging disease.

Those arriving at Heathrow from Wuhan and travelling to Scotland will be met by a health team from Public Health England, who will check for symptoms.

A Scottish Government spokesman said: “There are currently no confirmed cases of coronavirus (WN Co-V) in Scotland and the risk to the Scottish public remains low.

“Following travel to Wuhan, China, two people confirmed as diagnosed with influenza are now being tested for Wuhan Novel Coronavirus as a precautionary measure only. Three further people are also undergoing testing on a similar precautionary basis.

“As the situation develops we will update should there be any confirmed cases of coronavirus, rather than provide a running update on cases being considered on a precautionary basis.

“We are co-orientating with Health Protection Scotland a daily Incident Management Team to continue to monitor the situation as it develops, including on the number of any potential cases going forward.”

Patients had recently travelled to Scotland from China and are believed to have been in Wuhan, where the disease is thought to be emanated. Its airport connects to 60 international destinations.

Coronavirus has claimed 17 lives and more than 500 people have been affected around the world.

Current advice is against all but essential travel to Wuhan.

Passengers should take precautions such as practicing good hand hygiene, personal and respiratory hygiene and minimise contact with birds and animals in markets in Wuhan or elsewhere in China.

First Minister Nicola Sturgeon has said the Scottish Government is “closely monitoring” the spread of the virus.

She was asked at FMQs by SNP MSP Kenneth Gibson about the steps being taken to ensure the safety of Scots.

Sturgeon said: “I can assure Kenny Gibson and indeed the chamber that, together with Health Protection Scotland, we are very closely monitoring what is a very rapidly evolving situation.

“Health Protection Scotland are liaising with NHS boards and are currently in daily contact with Public Health England, we’re also liaising daily with colleagues in the UK Department of Health – we’re also paying very close attention to the advice and the decisions that come from the World Health Organisation.”

She added: “Advanced monitoring measures are being put in place for flights between Wuhan City and Heathrow, that will involve each flight being met by a port health team who will check for coronavirus and provide information to all passengers.

“This is an evolving situation which we will monitor extremely closely and the Health Secretary and I will make sure that Parliament is updated in the days and weeks to come.”