Tugboats were deployed to guide the vessel to Larne in Northern Ireland. 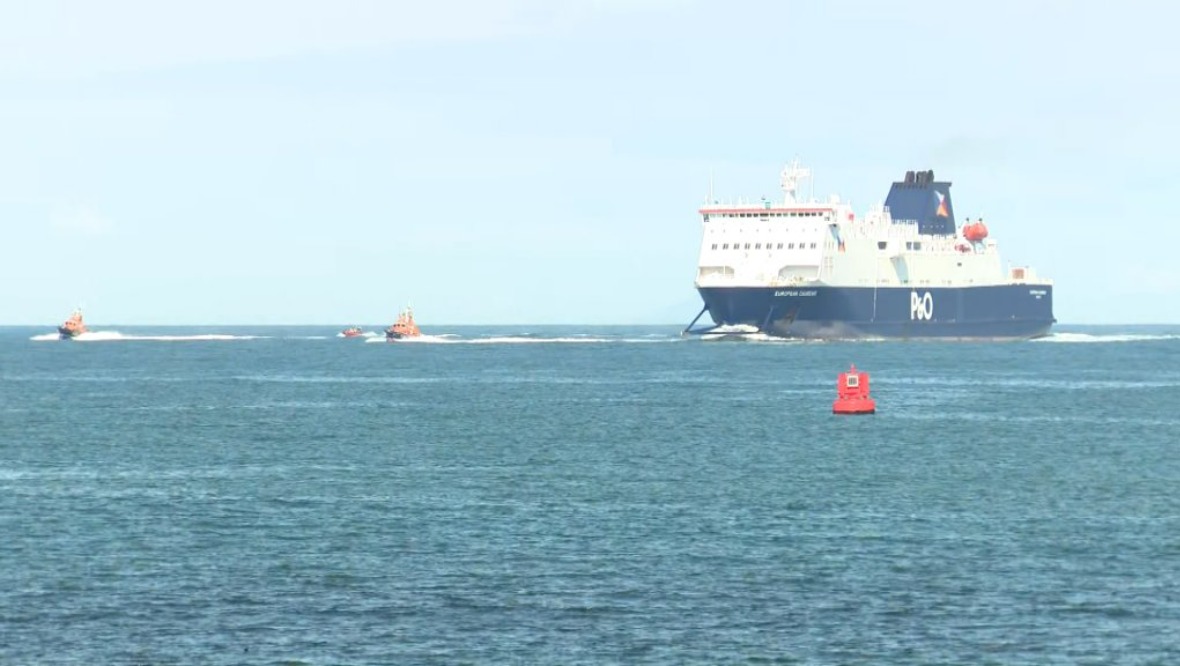 Tugboats have been deployed to assist a P&O ferry that suffered a mechanical issue in the Irish Sea.

The European Causeway departed Cairnryan in Dumfries and Galloway just before noon and was due to arrive at Larne Harbour at 2pm.

But ship tracking websites listed the ship as “not under command”, which is reserved for use when a vessel is “unable to manoeuvre as required by these rules and is therefore unable to keep out of the way of another vessel”.

P&O said the European Causeway, which can carry 410 passengers, suffered a mechanical issue and tugboats from Larne and Belfast were deployed to guide it back to port.

It finally docked at Larne shortly before 4pm after more than an hour stranded at sea, some five miles off the coast of County Antrim.

A spokesperson for P&O Ferries said the European Causeway travelled to Larne “under its own propulsion”.

The spokesperson said: “Following a temporary mechanical issue, the European Causeway is now continuing on its scheduled journey to the Port of Larne under its own propulsion, with local tugs on standby, where it will discharge its passengers and cargo as planned.

“There are no reported injuries onboard and all the relevant authorities have been informed. Once in dock, a full independent investigation will be undertaken.”

A spokesperson for the RNLI said three lifeboats were sent to the scene – in addition to the tugboats.

“Three RNLI lifeboats were requested to launch this afternoon to assist a passenger ferry in difficulty one mile south east of The Maidens,” the spokesperson said.

A coastguard helicopter was also tasked from Scotland and a cruise ship in the area was on standby in case assistance was needed.

The Cairnryan-Larne route has been interrupted in recent weeks after the company replaced nearly 800 seafarers with cheaper agency staff.

The European Causeway was then detained at Larne after an inspection by the Maritime and Coastguard Agency on March 25 uncovered 31 safety failings.

The ship was cleared to resume serving the route a fortnight later following another examination.