Train drivers' union Aslef believes that 'money can be distributed in a different way' to make an 'acceptable' offer. 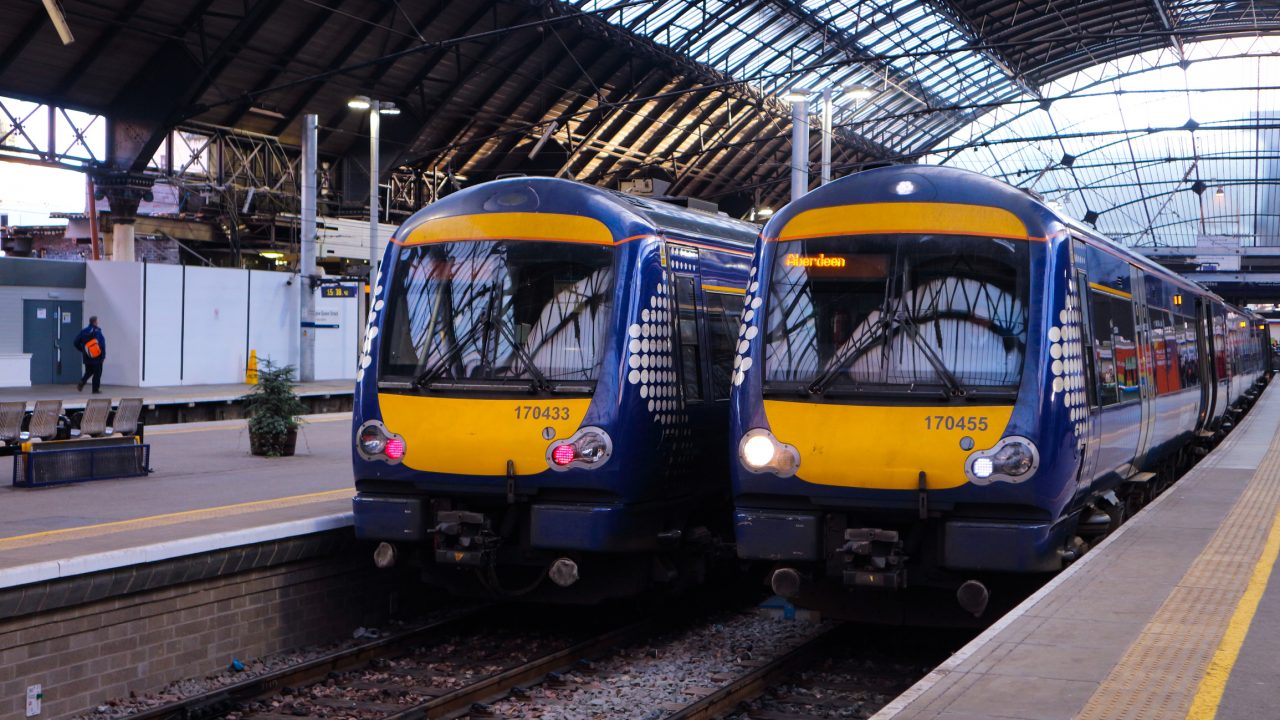 Union leaders have urged ScotRail bosses to “rejig” a pay deal after rejecting a wage rise in an ongoing dispute that has seen hundreds of services axed.

On Wednesday, Aslef turned down an improved offer of a 4.2% pay rise tabled by the newly nationalised operator as chaos for passengers continues – ScotRail urged drivers to reconsider the offer.

Aslef’s Scottish organiser, Kevin Lindsay, said the union believes that the “overall money in the package can be distributed in a different way” to make an “acceptable offer”.

Speaking about rejecting the 4.2% wage increase, he said: “The offer didn’t meet the aspirations of our membership or the threshold set by our national executive.”

Mr Lindsay said that in a series of open meetings, including one with 140 drivers, only one member spoke in favour of ScotRail’s offer.

“We’re looking to negotiate again, we believe that the there’s elements of the deal that can be rejigged and we think that, if ScotRail are willing to negotiate, we can get an acceptable offer for ourselves and for the travelling public of Scotland.”

Almost 700 services across Scotland have been scrapped in “temporary timetables” causing chaos for passengers.

On Thursday, ScotRail announced an emergency Sunday timetable just in time for the Platinum Jubilee weekend.

While ScotRail train drivers are not currently on strike, they are refusing to work overtime and on rest days.

Mr Lindsay added: “We’ve not been on strike for over 20 years in Scotland. What we’re seeing just now is ScotRail’s train drivers refusing to work overtime because they are unhappy with the way they’re being treated by their employer.

“So it’s a chronic shortage of staff that’s caused this issue rather than anything that the trade union has done.”

The union representative described strike action as “a last resort”.

A Transport Scotland spokesperson said: “We are disappointed that Aslef, having given due consideration to the terms they negotiated, have decided to reject the very good offer on the table, an offer which is in part self-funded through increased revenue and efficiencies.

“We all need to work together to make nationalisation a success. Ministers are committed to ensuring that the railway unions are part of that success. However, to be part of the vision moving forward, the unions’ need to agree on a deal that is both fair and affordable, particularly in the context of wider public sector pay policy.

“While, regrettably, this decision appears to mean further disruption for passengers in the immediate term given there is no indication that drivers will return to previous rest day working and overtime arrangements, we would encourage all parties concerned to get back round the table to resume negotiations.”

David Simpson, ScotRail service delivery director, said: “We’re sorry to customers for the disruption on Sundays over recent weeks so this temporary timetable will provide greater certainty and reliability for customers.

“We’re incredibly disappointed and frustrated that Aslef bosses have rejected this improved pay offer. It’s astonishing that they will not even put this offer to their members.

“Our substantially improved pay offer reflects the cost-of-living challenges faced by families across the country, while balancing it against the need to provide value for the taxpayer.

“We have offered to meet Aself but, in the meantime, would urge them to reconsider this offer in the interest of their members and the future of the railway in Scotland.

“We’re asking customers to check their journey on our website, mobile app, and through our social media channels as train times will have changed.”